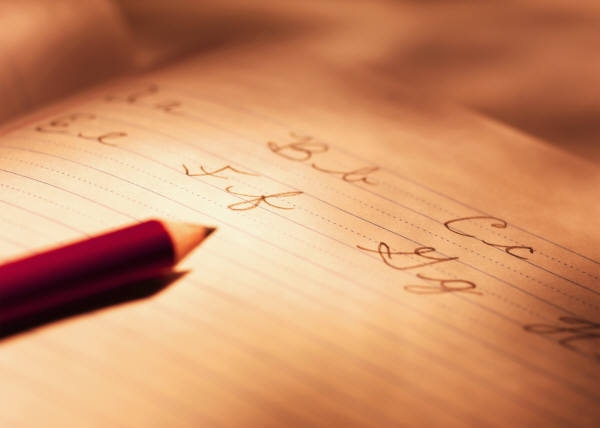 A while ago on Murderati I started a research ‘series’ and I was going to blog once a month about some of the weird and wonderful stuff I’ve uncovered in the name of research. I started off with blogs on real-life vampires (Research with bite), cults (Part 1 and Part 2), kung fu (Everybody was Kung Fu fighting) and being a hitman (The life of a hitman).

And then it seems I totally forgot about my research ‘series’. Guess I dropped the ball, huh? Having said that, there are probably only a few more seriously interesting research facts I’d blog about. Today, I’m going to look at handwriting.

Handwriting was something I researched for my first crime novel, Body Count and like most of the things I research, I found it fascinating.

Many criminals communicate with the police or press during the time they’re criminally active. For example, serial killers such as the Zodiac killer in San Francisco made phone calls and frequently wrote to the local newspapers, the BTK killer in Wichita wrote letters to the media and left written communications at some of his victim’s homes. His last known letter was left in an intended victim’s house. It simply told the woman that he got tired of waiting for her in the closet. Lucky for her he wasn’t feeling patient that day.

Written communication is also a key in other serials cases (e.g. Unabomber) and of course in kidnapping cases — the ransom note. Some of the most famous ransom notes include those from the Lindbergh case and JonBenet Ramsey case. Often, much attention is given to whether the ransom notes are forgeries used to mask a murder. This was determined as the situation in the more recent case of Zahra Baker.

There are loads of things that forensic examiners look at when it comes to documents, such as restoring erased or obliterated writing; analysing inks and papers; linguistic analysis; and analysing handwriting for the author’s state of mind. It should be noted, that forensic document examination is different to the handwriting analysis known as graphology. Graphology looks at handwriting in terms of psychology (what a person’s handwriting can tell us about their personality), but its scientific merit is almost zilch in the forensic and psychology communities.

In addition to examining the paper (brand and type, any imprints, watermarks, thickness, opacity, etc.) they also look at the ink used and can often narrow it down to a specific brand and colour of pen. This may or may not be useful!

Forensic linguistics studies language and its use. Linguists will consider regionalisms and can often tell that a person was raised or currently lives in a particular area of a country and it also looks at individual patterns of language, such as favourite words and phrases. This can be useful once a suspect is identified, or if the communications are made public and someone recognises the style of language.

One of my favourite research discoveries was “lifts”. When you’re writing something by hand, you naturally pause and lift the pen off the page — even if only for a millisecond.  These are visible under close examination and called lifts. But what’s interesting is that generally an unusually high number of lifts indicates that the person is lying, under stress or that their thoughts are scattered. Conversely, if a note has virtually no lifts it indicates the note has probably been rehearsed. In the case of a ransom note, often these are written out several times (rehearsed) by the kidnappers and so by the time they get to the final note that they actually send, it’s simply writing out the previous draft.

Stress can also be seen in what document examiners call “line quality”, how smooth the pen passes across the paper. Angle of contact, tremor and jaggedness all increase if the writer is stressed, excited, nervous or frightened. So this is another thing that document examiners consider when looking at notes or any type of handwriting. And although it is used to judge someone’s state of mind, it’s still very different to graphology.

So, I know most of us use computers these days, but check out some of your most recent handwriting. Notice anything interesting?