Please welcome Murderati Alum Simon Wood, whose new book, WE ALL FALL DOWN,
is in stores now!

Simon is guesting for me today as I rush about New York enjoying Thrillerfest! (Thanks, Simon!)

Certain
people, events and occurrences stick with me and no matter what I do, I
can’t forget about them. The death of three men in Bristol, England is
something I’ve never forgotten. They died a few months apart some time
in the late eighties. They weren’t murdered and it wasn’t accidental.
All three committed suicide.

What drew my attention to these
men was the circumstances of their deaths. All three died in the same
city, and they were all working on the same government project. The
first man walked into the sea. The second hanged himself from the
Clifton Suspension Bridge. The third tied a rope around a tree trunk
then around his neck, got into his car and drove away as fast as he
could until he ran out of rope. Needless to say, the deaths made the
news, albeit not on a national scale. The obvious questions were
raised. Why did these men kill themselves? And did it have anything to
do with their work? The questions went unanswered. The story sunk below
the surface as swiftly as the first victim.

Anytime anyone mentions Bristol or the Clifton Suspension Bridge, I think about these men’s deaths.

A
lot of my fiction is inspired by real life events, but I don’t like to
lift fact and fictionalize it. These men’s deaths intrigued me, but I
didn’t want to go trawling through their lives for entertainment
purposes. While I’m inspired by real life, I’m squeamish when it comes
to using real people’s lives in my books. Due to the sensitive nature
of the deaths, I was especially squeamish. Primarily, I want to
entertain, not offend. These men were somebody’s husband, son, brother
and friend. I don’t want their family and friends reading what is very
real to them in a fictionalized venue. I do this because if I were in
their shoes I wouldn’t want something very private to me made public
irrespective whether it is public domain or not.

So
when it came to writing, WE ALL FALL DOWN, I used the premise of a
string of suicides for the backbone of the story, but that was it. The
book is set in affluent Marin County north of San Francisco and the
work the victims were involved in is completely different. I didn’t
research these men’s deaths or their circumstances at the time.
Instead, I preoccupied myself with reasons for anyone to commit
suicide. I suppose this is a sensitive subject for me seeing as I’ve
known three people who have killed themselves. While I was searching
for reasons, a couple of unrelated news stories provided ample motive
for suicide—or in this case, staged suicides.

Seeing as dead
men can’t tell tales, I inserted a character with a similar background
to my own to unearth the mystery. I’m a mechanical engineer by trade
and through my middle to late twenties; I worked as an independent
contractor to a number of firms. Although I was one of the team, I was
an outsider. Office politics and rumor floated just above my
stratosphere. Every now and then, I’d catch a snippet that explained
the office dynamic. In WE ALL FALL DOWN, Hayden Duke is hired on short
contract to help a firm finish a hush-hush engineering project after
one of the employees commits suicide. He knows there’s something up at
the firm, especially when several other employees die. He takes an
active role after witnessing the death of his college friend and the
person responsible for getting him the job.

I
didn’t set out to answer the question why three men killed themselves
in Bristol. Instead, I’ve invented a story to satisfy my curiosity.
Whatever the reasons behind the original deaths, I hope these men are
truly at rest. 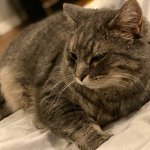 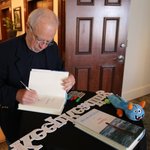 An amazing moment 🙏⁣
⁣
The team manager, Connor, who has Down syndrome, got the chance to play for the first time. Everyone rushed the court to celebrate after he got two buckets and a steal. (via @ricelakeschool)

@MalleVallik Malle, it’s been such an honor to work with you all these years. Thanks for all you’ve done to make my books a success. Wishing you all the best!