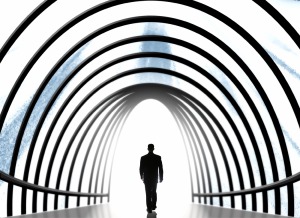 So, in my last post I looked at cults and people who are drawn to join them. Even though this isn’t officially my research series week, I feel compelled to deliver part 2 today! And part 2 is all about the leaders of cults, the gurus. I’d like to make it clear at the outset that I’m talking about negative, destructive cult leaders such as Charles Manson, David Koresh, Jim Jones and Shoko Asahara (leader of the Aum group who released poison in the Tokyo subway).

Most NRMs/cults have a single leader, a guru who claims ‘enlightenment’ and promises salvation to his or her disciples or would-be followers.

There have been many fascinating books and articles written on gurus, such as psychiatrist Anthony Storr’s Feet of Clay: Saints, Sinners and Madmen, a Study of Gurus. In this book, Storr explores specific gurus (one chapter per guru); however, his introduction is particularly enlightening for general observations. As well as identifying gurus as elitist, narcissistic, arrogant, anti-democratic and intolerant of even minor criticism, he also concludes that they often experienced isolated childhoods. Storr’s negative observations don’t stop there either. He goes on to say that anyone can become a guru if he/she claims spiritual gifts and has the gumption to do so.

Gurus have also been ‘explained’ using two models – the psychopathology model and the entrepreneurial model. In a 2005 article for the Journal of Cognition and Culture, M. Upal talked about the first model, in which gurus have some sort of mental illness such as hysteria, paranoia or schizophrenia and experience hallucinations that they perceive as divine wisdom. Certainly Manson seems to be an example of this type of cult leader. The entrepreneurial model, as the name suggests, is more about the guru as entrepreneur – they’re in it for money and power. And there is a lot of power for gurus.

In most cults or NRMs, the members’ daily movements and routines are closely monitored and the guru usually has complete control over the disciples. This is an essential step in the guru’s wielding of power. Luna Tarlo, mother of American guru Andrew Cohen, has talked about how her son lashed out at his disciples. Although he justified it by saying that disintegrating the personality leads to finding a true sense of self, his mother (who was also a disciple for some time before leaving the NRM) ended up describing it as cruelty.

One of the ex-disciples I interviewed for a non-fiction book I’m working on, talked about many acts of cruelty and humiliation in the cult she was part of. Punishments dished out by her guru included banning married couples from living together, making ‘disobedient’ disciples comb the streets and pick up trash from dawn to dusk, forcing family members and disciples to eat out of dog bowls and general verbal abuse.

Storr also talks about gurus getting pleasure from exercising their power over disciples by ordering them to perform meaningless tasks and/or by punishing disciples who stepped out of line. 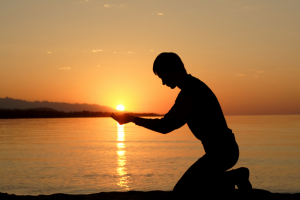 It’s hard for many of us to understand this power of the guru. And while the power is often abused and is something ex-disciples site as negative, at the same time even these people have strong positive feelings about what a guru is, or should be. Luna Tarlo likened surrendering to a spiritual teacher to falling in love, in terms of intensity. And even the ex-disciple I spoke to said: “The relationship between the disciple and the guru is very, very sacred.  You are born on this earth to meet up with one person, and that one person is your guru.”

In terms of the dynamic between the guru and the disciple, it seems it’s difficult to explain. Descriptions range from spiritual saviour to abuser. In The Guru Papers, authors Joel Kramer and Diana Alstad describe the power of a guru over his disciples as the most absolute power in existence.

Whether that power is good or bad is something that’s debated by current NRM members and those who’ve turned their back on their old guru and cult life. For those willing followers, the guru is everything – their light, their reason for being and their saviour. But for ex-members, they often perceive their old gurus as someone who physically and emotionally abused them.

From a psychological perspective, cult leaders have been defined as having both narcissistic personality disorder and/or as being psychopaths. Some traits of narcissistic personality disorder include: grandiose sense of self, need for admiration from others, lack of empathy, preoccupation with fantasy worlds (in which the person has unlimited success, followers, etc.), exploitation of others, and arrogant behaviour. This certainly does gel with many gurus and their behaviour.  It’s even been said that NRM leaders possess similar traits to serial killers (!) in the way they take power and sex to the extremes (quoted by Upal (2005), original source Wilson (2000)). It’s certainly an extreme statement, yet some of the personality traits do seem to be shared.

Many of these fifteen elements overlap with traits of narcissistic behaviour and some of the personality traits often displayed by serial killers. I’m sure the Murderati readers and authors who’ve researched or read about serial killers can see the overlap!

What do you think? Are the gurus who lead in this destructive manner like serial killers?

PS In my next post, I’ll be interviewing Aussie author Katherine Howell.

@caitoz Don't be moronic. I wish people would grow the fuck up

@SankofaBrown You don't vote for Biden, we get Trump. Screw that noise and any bullshit rationalization that makes that okay.

Welcome to the world to my little debut, The Perfect Marriage! Born July 13th, weighing 15 ounces and measuring 342 pages. ❤️

@SenDuckworth Thank you for not letting up on this, Senator. I don’t understand why every congressperson and senator isn’t doing the same.