I dragged my daughter Grace all over Manhattan the other day, doing kind of groovy errands. We toured Barnard in the morning, which she loved so much she was on the verge of joyful tears throughout the entire information session, and I think was just about ready to chain herself to the gates in order to get accepted to the freshman class of year after next. Then we got to go to Belgian Shoes and exchange a gift pair from my Aunt Jean that were slightly too big for a really groovy mock-alligator black patent leather.

The very nice salesman assured me that you can now wear patent leather BETWEEN Memorial Day and Labor Day, but I disagree totally. I mean, if John Waters thinks Kathleen Turner can fictionally want to kill off Patty Hearst for wearing white shoes after Labor Day, I’m pretty sure I’m still on safe ground here, right? 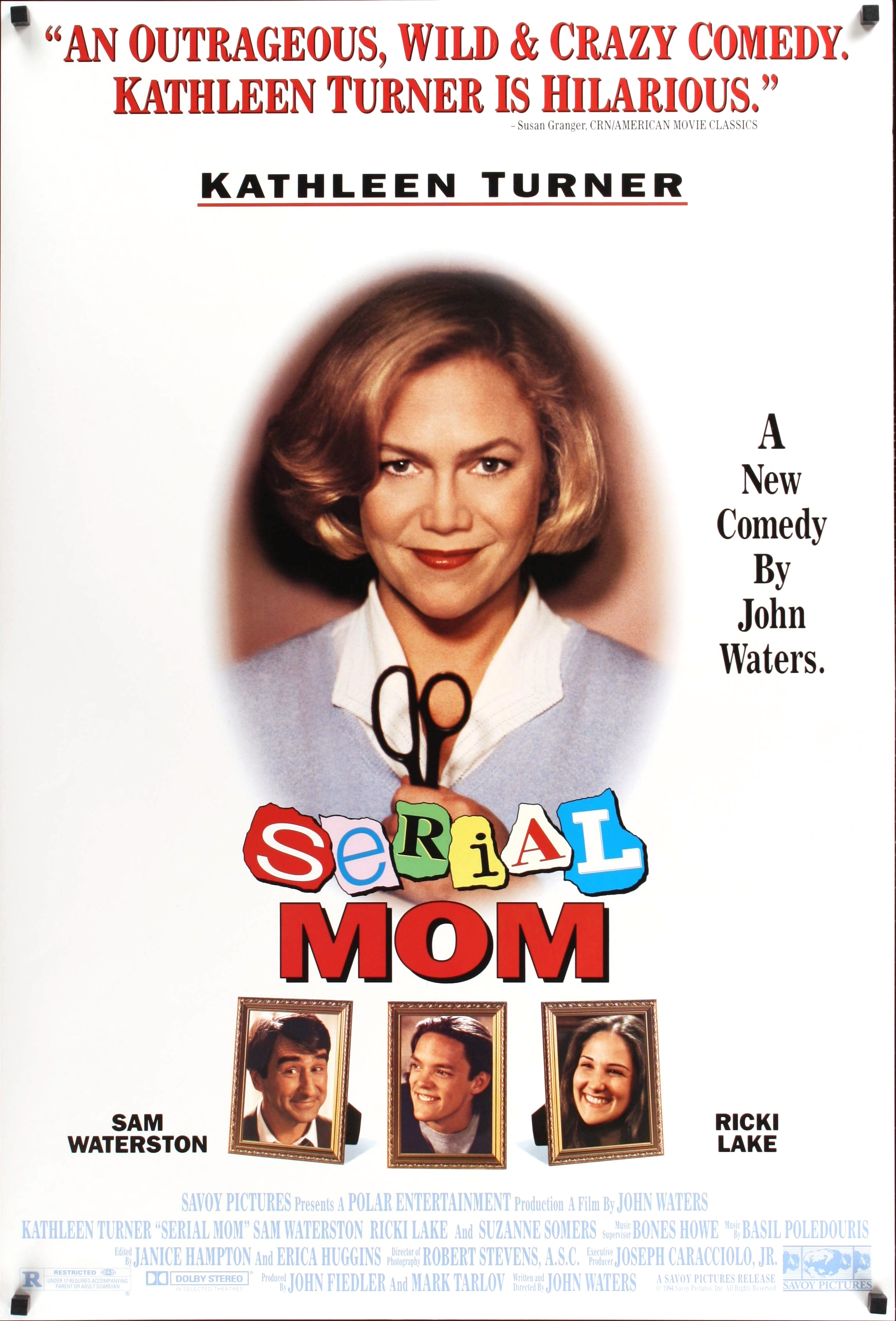 But the coolest thing we did was go to Tiffany to ask whether they still had a Read family crest on file. My cousin Eric had told me there were two in the files, an older one that has like a bear paw or something, IIRC, with a motto along the lines of “Angry When Roused” only in Latin. The newer one is what my Grandfather designed for himself, which is the crest Eric had made into a ring for himself.

My mother had said that she wanted to have my dad’s version of this ring copied for me and my sister, if we wanted them. I told her that sounded terrific, especially if she felt like doing it for my fiftieth birthday (still thankfully… ahem… three years away.) Mom thought my stepmother might have Dad’s ring, but I’d found out she didn’t, and promised to go check with Tiffany, etc.

After some confusion on the part of the very courteous staff as to where one might actually GO in the store to find this information out (we were sent to the second floor, which is engagement rings and diamonds and pearls, then back to the ground floor [REALLY big sparkly stuff], 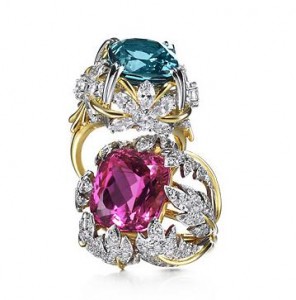 and then finally to customer service on the sixth floor, which proved to be correct ding-ding-ding.)

The tremendously kind Mr. Mark Harty helped me out with all this, promised to contact the branch of the company that keeps these things on file, and then emailed me that same afternoon to ask whether I’d forgotten a shopping bag at his desk.

I wrote back that if the shopping bag were from Belgian Shoes, then it contained merely a pair of totally jankity ballet flats from Target, and that I’d be honored if he’d throw them away.

He emailed back later that same day and attached a jpeg of Grandaddy’s crest (and also said he’d successfully disposed of my “beloved” ballet flats, which was most excellent of him): 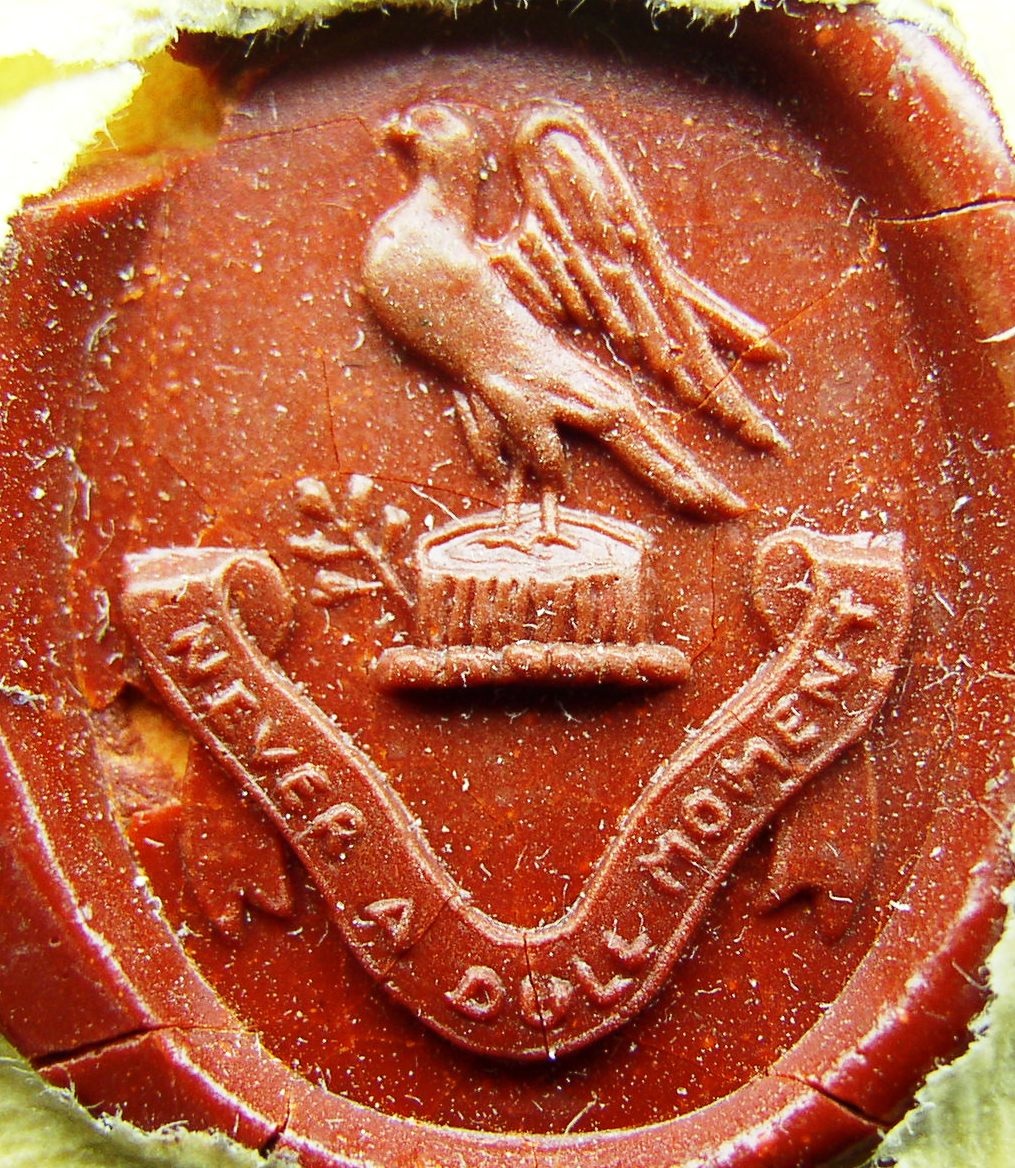 I don’t know a lot about heraldry, so just looked up a list of what the symbols mean this morning. Here are a few I thought were cool:

an ANT: great labour, wisdom, and providence in one’s affairs

an ASS: patience and humility

an AXE: execution of military duty

a BAT: Awareness of the powers of darkness and chaos 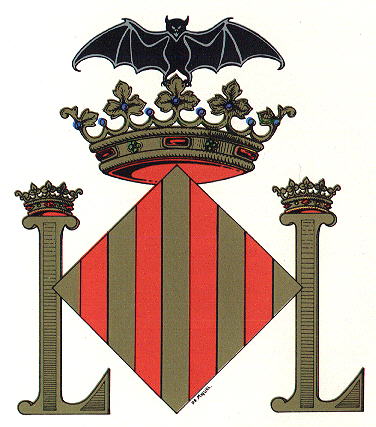 a BEAR: strength, cunning, ferocity in the protection of one’s kindred 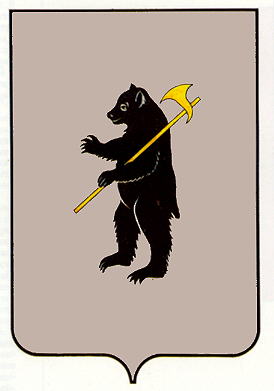 a BEAVER: industry and perseverance 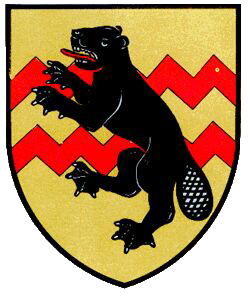 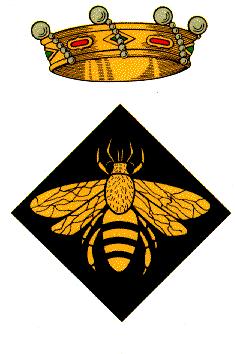 BELLS: Power to disperse evil spirits; a hawk’s bells denotes one who was not afraid of signalling his approach in peace or war

a CENTAUR: eminence in the field of battle

a COCK: courage and perseverance; hero; able man in politics 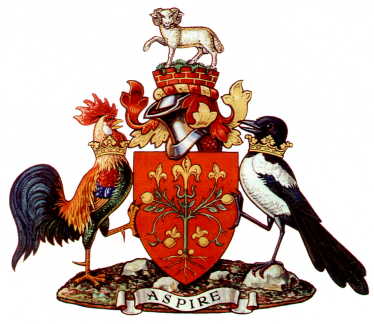 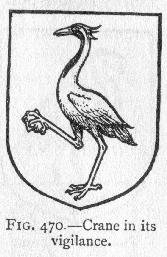 a DOG: courage, vigilance, and loyalty

a DUCK: person of many resources 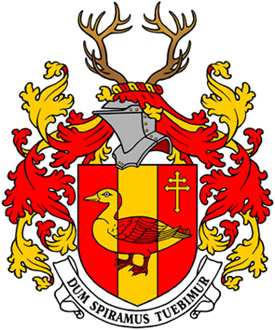 an EAGLE: Person of noble nature, strength, bravery, and alertness… if wings “displayed,” it signifies protection. 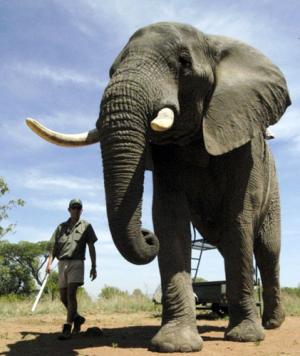 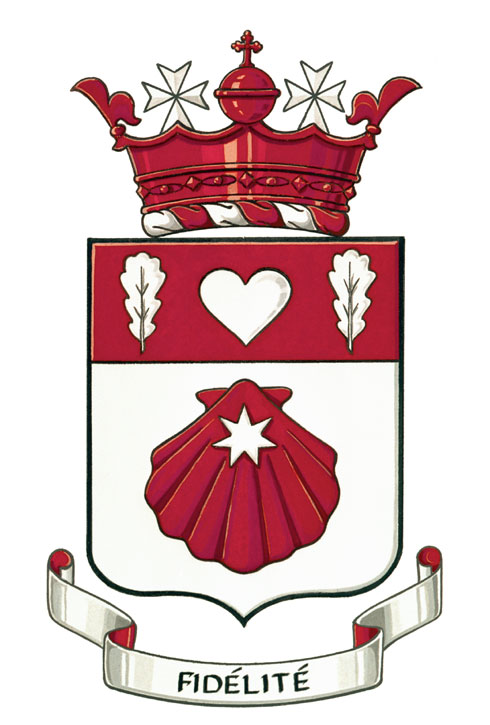 It’s a long list, but kind of fun to check out. Here’s a link to the full thing.

If I were to design my own, it would definitely have an inkhorn or inkwell (art of writing) with a panther (fierce, but tender and loving to children and will defend her children with her life.)

Grandaddy picked a stump with a branch sprouting from it, which apparently means “new life sprouting from the old.” Not sure what the bird is. An eagle? A cock?

Cocks in heraldry can sometimes look like this, rather than totally roostery (this is apparently a “moorcock”):

As for his new motto, I’d definitely keep that.

Here’s another crest I found online this morning, which I think is really cool:

I presume it was designed for an African-American family, given the visual references to slavery and Africa. I like the sound of these people very much.

Okay ‘Ratis, your turn. If you’ve got a family crest, let us know what it is and whether or not you’re comfortable with it. What would be in your crest if you designed it yourself? What would you want as your motto? 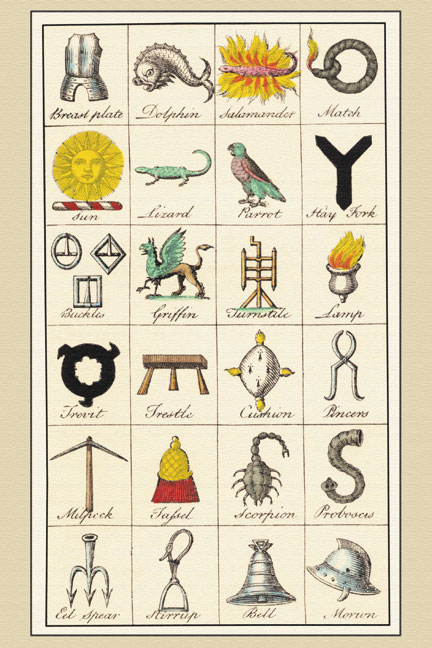 24 thoughts on “Crest-Fest at Tiffany”