Due to a severe lack of creative genuis, I’m reposting an old favorite this week.  If you’ve never read it then it’s BRAND NEW! 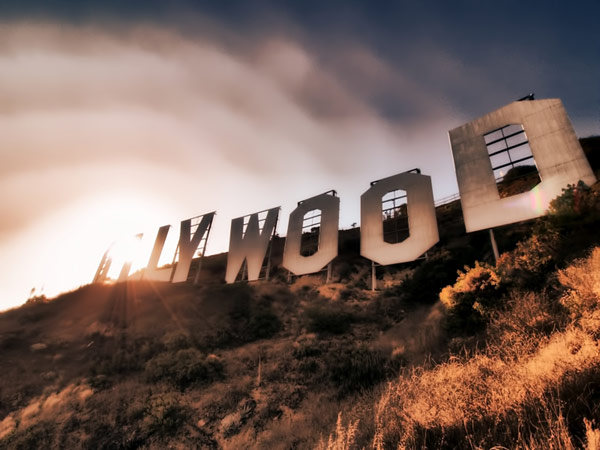 I’m not alone.  Anyone who only loves Hollywood has never really met Hollywood.  Hollywood is a deceitful little bitch, but God she’s cute.  Sure, she can be admired from afar, but if you get too close, those little vampire teeth start to come out.

But I do have some telling stories about my days as a D-Guy, and one came to mind the other day….

This is the story of how I made the transition from being an Assistant to being a Story Editor when I was working for film director Wolfgang Petersen.  I ultimately transitioned to Director of Development, but the real crucial segue happened at this earlier stage, when I found it essential to prove that I had enough “story sense” to become a D-Guy.

By the way, this is a tale that reveals more about the dysfunctional chaos of Hollywood than it does about the qualifications I did or did not have to fill the position.

At the time, there were two people in our development office:  a Director of Development, and me, the lowly Assistant.  It was her job to find the next big Wolfgang Petersen project, and my job well, to answer phones.  But, as anyone in Hollywood will tell you, most of the submissions are read by the assistants first.  Especially if that assistant wants to move up the ladder.

Now, I knew the kind of films Wolfgang wanted to direct.  Big films with a social or political theme, films that dealt with universal issues, with social ramifications that could be felt around the world.  “Outbreak” was a great example of the kind of idea that excited him—how one little virus could polarize a nation, could ultimately take out a significant number of the world’s population if it wasn’t held in check.  What would we, as Americans, do to stop this from happening?  Would we destroy an American town?  These were the kinds of questions Wolfgang liked to consider.

So I received this spec script submission and, by God, it had everything I knew Wolfgang was looking for.  It was a very complex story about an American scientist who discovers a plot to bring a Russian nuclear weapon into America and detonate it in New York City.  It was a very smart script, much more akin to “The French Connection” than to any of the popcorn terrorist scripts that had been circulating at the time.  But the plot was so complicated it required a very focused reading just to “get it.”

There were clearly problems with the script.  But they were problems that could be addressed in development.  The important thing was that it was a smart political thriller that met Wolfgang’s requirements.  I felt that he should know about it and at least have the opportunity to read it and say “yes” or “no.”  The Director of Development wasn’t willing to stand behind the project.  She said that I was free to pitch it to Wolfgang if I wanted.

Now, I wasn’t really sold on the script as it stood; I was sold on what it could grow into, with Wolfgang’s guidance.  But I had to make a decision – do I stick my neck out for this or not?  I decided I would.

That decision was the key that turned the switch to Crazywood.

Wolfgang didn’t have time to read the script, but, based on my pitch, he felt we should go for it.  Go for it…what the fuck did that mean?

His producing partner turned to me and said, “Well, that’s it then.  It better be good, Steve.”

And we went for it.  Which meant that we took the script to our studio and asked them to purchase it for us.  Suddenly Wolfgang was “attached” to the project.  And the town reacted.

Now, remember, I was THE ONLY ONE at the company who had read this script.  And suddenly every production company in town was demanding to see it, and many were passing it up the ladder and submitting it to their studios.

But no one really took the time to READ the script.  Those who did, read it quickly, paying little attention to the details.  As things started heating up my producer came to me and said, “Steve, I’m getting all these calls from producers I know and no one understands this script – they can’t follow the story.  Either you’re a genius or you’re duping this whole town.”

Okay.  No pressure there.

So the studio where we had our first-look deal passed on the project, which freed us up to take it to other studios.

What happened next characterizes the world of Hollywood and is the stuff that keeps the sane from crossing the Arizona border into California.

Now, Universal Studios had just hired a new President of Production, and this guy was intent upon making a name for himself, and quick.  He was determined to create relationships with top film directors by purchasing their pet projects and launching them into production.  So, when he saw that Wolfgang was “attached” to this spec script, he swooped in and made a preemptive purchase of the script for 500 against 1.2.

Just to make sure that we’re all on the same page here—this studio executive had not read the script.

When the dust settled and people actually READ the script, everyone turned to me and said, “What’s this story about?”

It was at this point that I was bumped up from Assistant to Story Editor.

I sat down and wrote a 25-page, beat-for-beat synopsis of the script, putting it in the simplest terms I possibly could.  I never said the script was ready to go, I only said that it seemed like the kind of material Wolfgang would like.  Suddenly I was responsible for a $1.2 million dollar deal and a marriage between Wolfgang and Universal Studios.

But wait, it gets worse.

This was the exact moment when a little studio called Dreamworks was born.  Spielberg, Katzenberg and Geffen.  They were their own studio, but they existed on the Universal lot.  They had a deal and a working relationship with Universal.  They had been developing a project that would become their very first feature film.  The storyline had been kept under wraps from everyone except the most inside of Hollywood insiders.

As it happens, it was exactly the same story as the spec script Universal had just purchased for Wolfgang.  Suddenly we were in a war with Spielberg.

And this was a huge embarrassment for the new President of Production for Universal, who really should have known what was being developed at his own lot.  He shouldn’t have gone out and bought a project that competed directly with the debut film from their boy wonder’s new film company.

Spielberg got hold of our project and read it and agreed that it was a smart script.  He suggested that we combine efforts, with Dreamworks producing and Wolfgang directing.  We read their project and we agreed that ours was smarter, more interesting, more realistic.  But ours still needed a huge amount of development work.  Spielberg’s project was almost ready to go.  Wolfgang declined their offer and we went to work on developing the script we had purchased.

Dreamworks moved quickly and cast their project with George Clooney and Nicole Kidman.  We were still rewriting drafts of our project when they went into production for “The Peacemaker.”

“The Peacemaker” was no “French Connection.”  It was the popcorn version of what could have been an extraordinary film about the real-life consequences of the fall of the Soviet Union.  But it was Dreamworks’ first film and its release effectively killed our project.  So, our writer never did get that additional $700,000.

But the process gave me my Story Editor stripes.  I think my salary was bumped up to $35,000 per year.

As crazy as this was, how could it not be fun?  How could I hate Hollywood when the ride was always this dynamic?  It was great, as long as I didn’t put my heart into it.  The day I really began to care was the day I had to leave.  And heal.