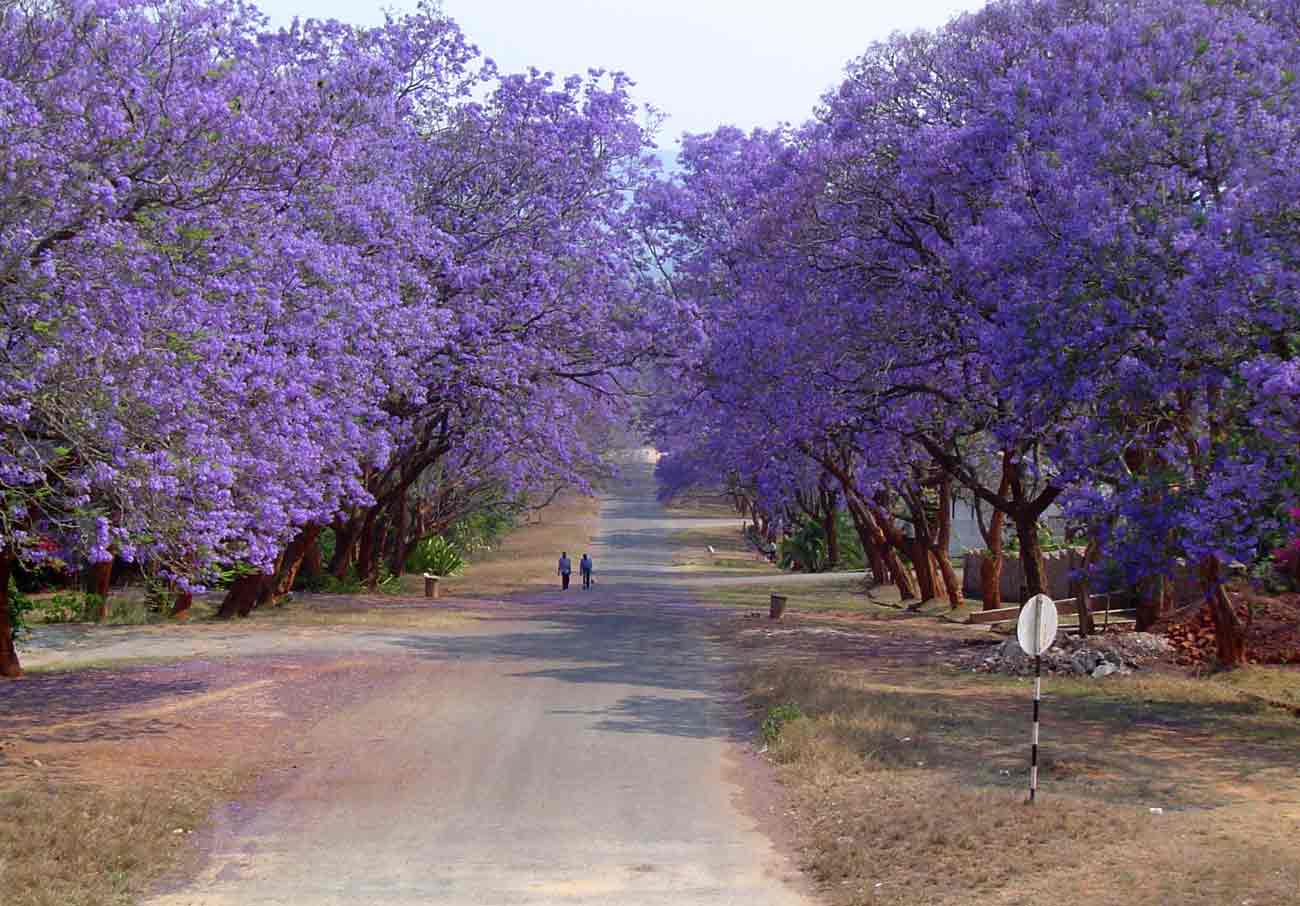 It’s not so much a dream as a vision.

It can come as a dream, at times, but mostly it’s the place my mind goes as I’m going to sleep.

Like last night – I saw a javelin fall from the sky and impale me in bed. Terrifying, but oddly comforting, as well.

All my life I’ve had visions of handling a sword. I remember the first time it really struck me – I was watching Oliver Stone’s Platoon and saw a scene where a battle-weary American soldier leans against a tree and falls asleep. Suddenly, his eyes pop open. The camera pushes in, then out, then in again, and he looks down to see that he is being bayonetted by a Vietnamese soldier. There’s nothing he can do but watch himself die.

At that moment I realized that, in a previous life, I had experienced a similar death.

My whole life I’ve felt the weight of a sword in my hand; like a phantom metal limb. When I feel anxious or encounter conflict I imagine wielding my sword and fighting off my oppressors. The sword-play feels graceful, as in a ballet.

Oddly, I’ve never explored this obsession outside my own thoughts. Only once, maybe twenty years ago, when the images of sword-fighting taunted me nightly. I went to a sword shop and explained my visions to the owner. I asked if I could handle a number of different swords. I knew I’d recognize the right sword by its weight. We tried a few and most were too heavy. Finally, he handed me one that felt like an extension of my hand. It was light and thin and had a silver, cupped hilt.

“This feels right,” I said.

That’s as far as I took it. I couldn’t afford the sword, so I didn’t buy it. And I’ve been too busy in life to take fencing lessons, or to justify taking the time away from more immediate concerns.

However, when I went to Scotland last year I visited the Edinburgh Castle and entered a room with hundreds, if not thousands, of original, period swords. 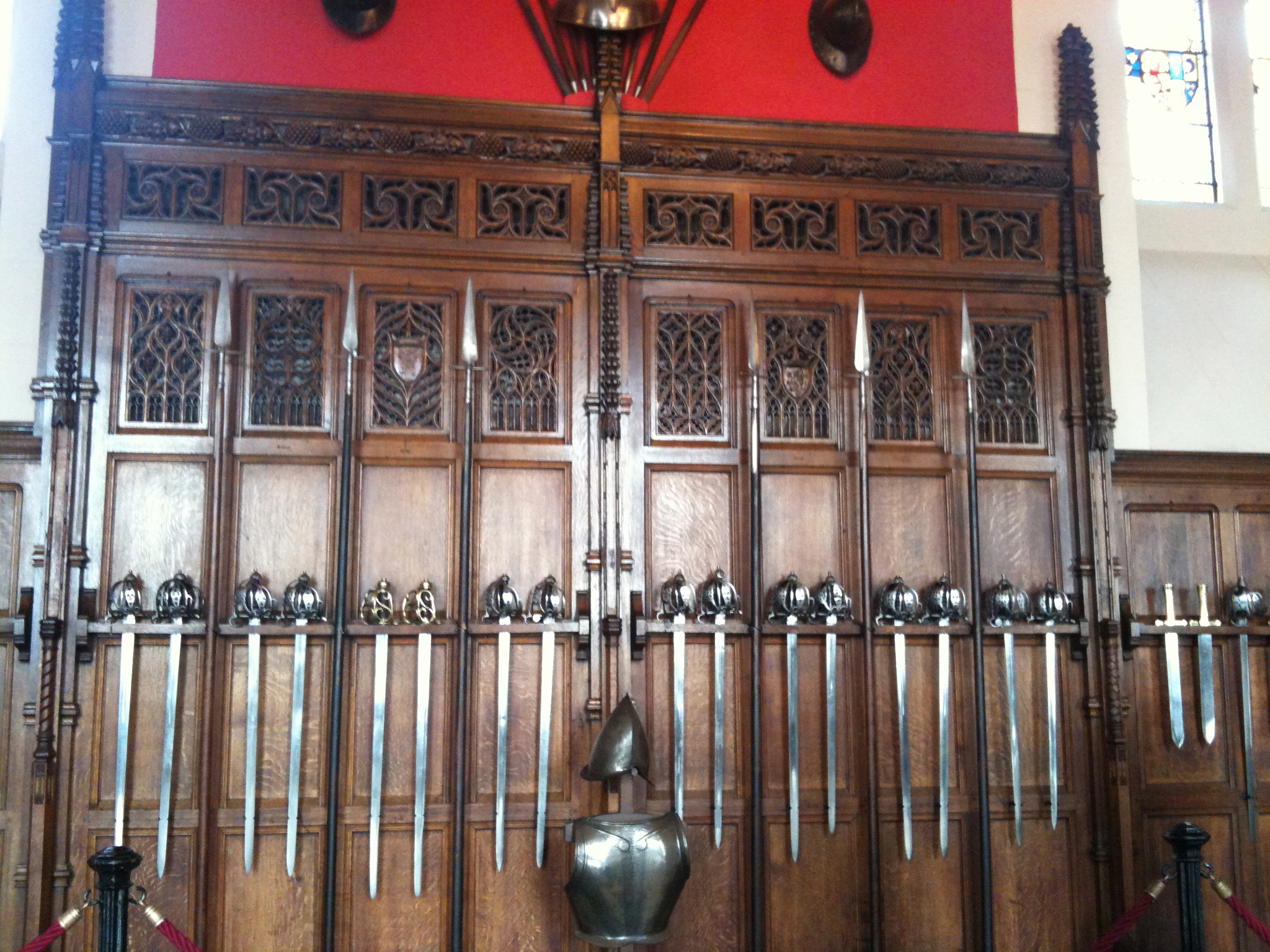 In addition to the giant Highland Claymores, I saw dozens of rapiers fitting the size and shape of the sword I held in the shop years before. I wanted to linger there forever, trying one sword after another. Only through trick photography did I achieve any satisfaction: 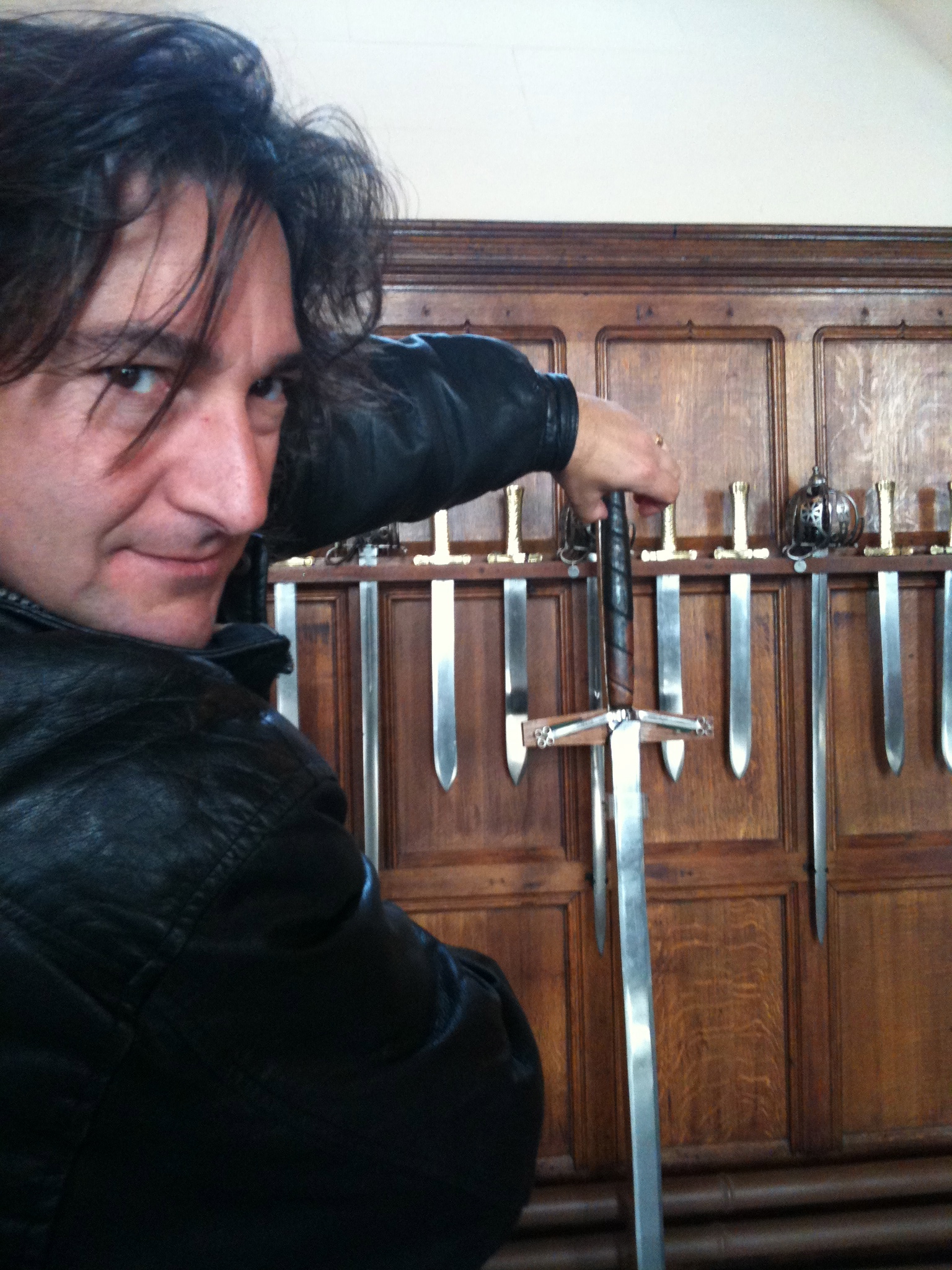 And the vision of being gutted continues. Every day, every night. I’m in battle, fencing like one of the Musketeers. Sometimes I prevail, other times I fail. The memory-thought of that sword sinking into my belly used to horrify me. Now, after all these years, it’s become an old friend. And why not? It was the key that opened the door to the life I would experience next.

Someday I’d like to explore this further. Get one of those past-life regressions. Take some fencing lessons. Buy a sword or two. It’s odd that, as persistent as this feeling is, I’ve never felt compelled to take real action. It’s remained my own private obsession.

I wonder what we bring from lives we’ve lived before. What events so punctuate our psyches that their ghosts follow us from one life to the next?

I think of other things that might have their genesis somewhere else. Like my passion for the color purple. Lavender, to be exact. Nothing compares to it. The color strikes my eye with such force that I imagine it as an opening to another dimension. When the Jacaranda trees bloom in Los Angeles, in the month of May, when the entire city erupts in lavender, I am born again.

I had a girlfriend in high school who used this knowledge to her advantage – she wore a pair of tight, purple Dittos to school almost every day. It worked like a charm.

I wonder if these obsessions have their origins in previous lives or if they develop early on, in our present (and perhaps only) life. How are we instilled with such absolute conviction?

At age seven I became a vegetarian. I remember the moment I discovered that meat came from animals. I was five years old, maybe younger. I was sitting on a counter-top and our house-keeper mentioned something about meat coming from cows. From killing cows, to be exact. I remember my feet swinging to a stop, and my face dropping, and my voice repeating the phrase as a question, “Meat comes from cows?”

A couple years later my sister, four years my senior, visited a meat-packing company on her sixth-grade field trip. (Really? You’re really going to take a bunch of sixth-grade kids on a field trip to a slaughter-house?) When she came home she told me what she saw. We both decided to become vegetarians on the spot. Two days later she was back to eating meat. Two weeks later my mom realized I was really serious about this thing.

Like the weight of that sword in my hand.

It makes you wonder where we get this stuff.

Do you have any life-long traits or obsessions that might come from a past life? Do you explore them or let them be? Do you use them in your writing?