A little while ago I mentioned splitting into two writers and developing a pseudonym.  Since I started writing, I’ve straddled two genres.  I’ve had one foot in the world of crime and the other in horror.  Instead of a cross-pollination of readers, I confused everyone.  Mystery readers thought I wrote horror and horror readers thought I wrote mystery—and editors thought I should stop bothering them.

Ever since I mentioned splitting, I’ve been beavering away at trying to sell some of my darker stuff.  I have several pieces I’ve been pushing hard.  They would make for the perfect springboard to launch my other identity. Well, I made that breakthrough sale.  Next year will see the release of a very dark prison-set horror novella entitled, The Scrubs.  The story incorporates a fictionalization of London’s Wormwood Scrubs prison.  I’ve invented a dark mythology around the prison based on its name.  I’m very proud of the story.  Julie thinks it’s one of most visually impactful things I’ve ever written.  I certainly think it’s one of the most imaginative things I’ve done.  Bad Moon Books picked up the rights and will be releasing the book as a limited edition trade paperback and a hardback collector’s edition next year.  I’m quite excited.  I’ve always considered myself limited—but never in book form.  J

So, now I can officially split personalities.  I’m sticking a fork in the road that will go in two directions at once and readers out there can either follow one or both roads along with me.  I’m pleased with the decision.  I’m not keeping my two identities secret.  I’m not ashamed of my horror writing.  I just want to end the confusion.  Essentially, I’m branding my work.  If someone wants horror, go here and you’ll find it under this label.  If someone wants crime, go there and find it under that label.  I hope those that know me will want to seek out my two sides.  Those people who don’t know me won’t know the difference.

So, if I’m splitting, who am I going to be from now on?  Well, seeing as all but one of my published books have been in the mystery-thriller world, I’m sticking with Simon Wood for my criminal fiction and it’s my horror identity that will be new.  So please give a warm—yet dark—welcome a new voice in horror, Simon Janus.

I stuck with Simon as a first name as I find it’s a bugger to sign a different name.  Janus is the perfect name to break out with as a pen name.  If you know your Roman mythology, Janus is the two-faced god.  That goes hand in hand with my life in two genres.  Also, Janus is the god of new beginnings.  The month of January is named after him. Oh, this is too perfect.  This really sums up what I’m doing here.  This is fate on a bagel.  Finally, Janus sits snuggly on the shelf just before King and Koontz.  Hmm…coincidence?  I’ll let you decide, but I will say this—sometimes I can be very premeditated.

Yours coming at you from two sides,
Simon Wood
PS: Next week, Chris Grabenstein will stand in for me and Bryon Quertermous the week after, while I break the back on a new project.  Be nice to them.  They’re doing me a favor.

@ECLamb Same spot as you. We can do crosswords and karaoke while we wait.

Oooh, this will be good. 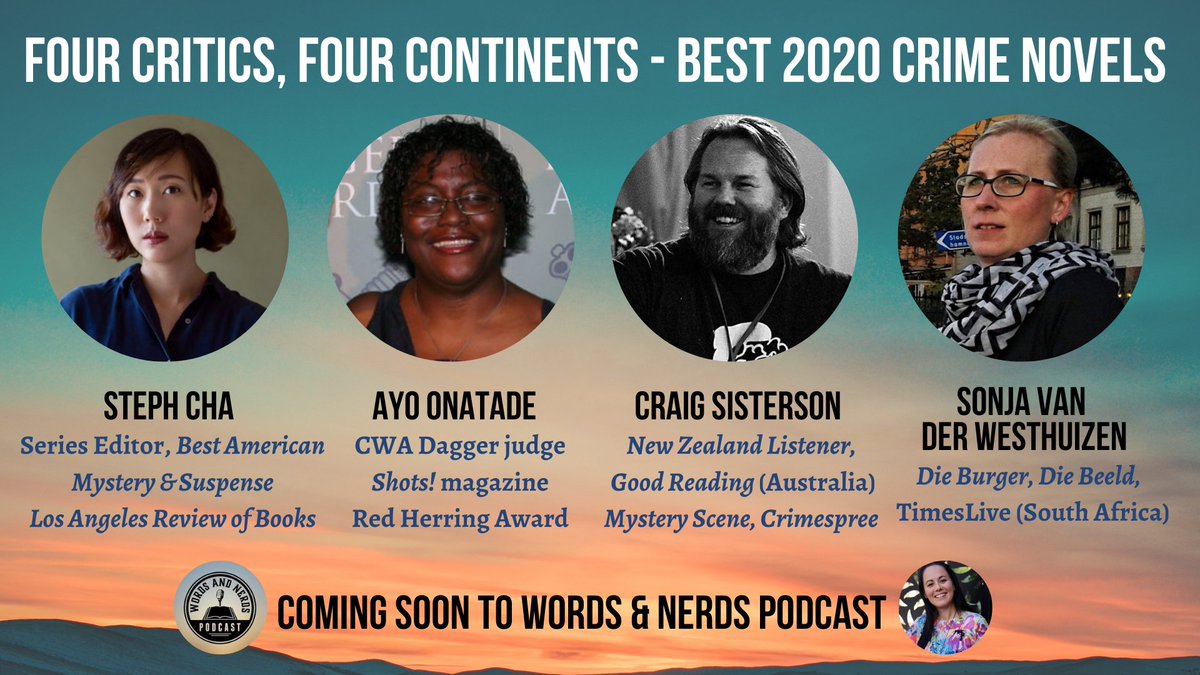 Looking forward to this! There've been some great 'Best of the Year' lists flying about lately, but I don't think there's ever been a book chat like this. Four crime-loving critics from four continents, diverse perspectives, all shining a light on superb storytelling. Coming soon

That is why he is going to Georgia. Period.

@SkinnerPm Thank you for doing the work.

Reply on TwitterRetweet on TwitterLike on Twitter11Twitter
Load More...