A long while back, there was an interesting interview where Diane Sawyer was speaking to writer Alice Walker about the order in which she perceived herself: was she black first, then a writer? or a writer first, and then black?

Walker responded by saying [paraphrasing here] that she saw herself in the order of: black, then woman, then writer.

There was some discussion wherein Sawyer tried to make the point that she didn’t see Walker in that order. (I believe she saw Walker first as a woman, then writer, then black), and Walker disputed that. Of course Sawyer saw her as black first, Walker stated. And the very fact that Sawyer had even asked the question made Walker’s case for her, unless Sawyer has asked everyone she’s ever interviewed if they saw themselves as black (or white or Hispanic or Italian or… ) first.

Then writer Christopher Paul Curtis was asked about Walker’s statement and asked how he saw himself, and here’s a part of his answer:

A lot of the so called multicultural young adult literature is actually
produced by white writers, and they’ll take on an Asian or an African
American voice for the book, or even more often, a Native American
voice. Now, on the level of a writer, I say that’s fine. You should be
able to write about anything you want to write about. But then, as an
African American, I’m conflicted by it because our story has been
defined by other people for so long that it’s very confusing to have it
told by other people. If everything were equal, it would be fine, but
everything is not equal, and authentic stories by African American
writers, by Native American writers, by Hispanic writers need to be
told by those groups. Then again, there’s a real scarcity of such
writers among those groups.

I’ve seen bookstores where there is a section dedicated to African American literature, but I can’t decide if this is a good thing (there’s specific focus, marketing effort, shelf space) or a bad thing (the sections are rarely in the middle of the store as far as I can tell, and segregate literature away from the mainstream and frankly, I forget to look there and it smacks of the assumption that somehow the African American experience is outside the mainstream). Furthermore, in the few sections I’ve perused, I can’t quite tell the defining characteristic which has a bookseller placing the book there vs. the fiction section, since some writers appear in both (Earnest Gaines, for example).

If a separate section were somehow beneficial to my friends? Then I’m all for it. But I can’t tell if it’s that successful, and I look around at our nation and wonder how on earth are we going to learn about each other if we’re segregating fiction? (I get that it’s a marketing attempt by the bookstores in the same way that labeling something "mystery" or "romance" is also a marketing attempt.)

Is it hubris to think that we can, of course, understand enough about another ethnicity’s challenges to write them accurately, authentically? Last year I was one of the readers among a group which included Clarence Nero, an astounding talent, and he read from his brutal fiction and I thought, you know… I couldn’t have written that. I’m not entirely sure that any amount of research or life experience would have given me the dynamics he drew. I’m not sure if he realized how powerful they were–I still remember his reading months later.

Or is it purely, simply, only a matter of research? Life experience? Is Mr. Curtis’ comment above true? And is the lack of writers from the groups he mentioned a result of an actual lack, or the absence of perceived market? Is ethnicity a niche? Is it beneficial for it to be marketed in that way?

WINNERS ANNOUNCED: Hey, everyone, go check out Allison’s post for the winners she’s announced for the BOOK GIVEAWAY.

And thank you for raising me not to be a horrible person who weaponizes gendered power gained only through the suffering of women who have actually been victimized.

Becky, then Karen, now I’m betting on Amy. Thank you, parents, for giving me my bonkers name.

@BrettBattles @nikkidolson I did a brief “check in” after an unplugged day, with plans to soak in a book. An hour later ... 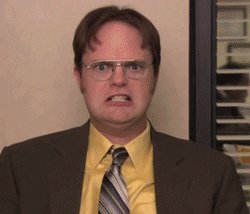