In light of Alex’s post regarding Hollywood’s choice of actors to play Jack Reacher, I changed my planned topic (a boring look at the proliferation of social media) to talking about character.

In fiction, characters who resonate with readers have staying power. This may mean a series character — Reacher, Jane Rizzoli, Eve Dallas, Myron Bolitar, Harry Bosch, Mickey Haller, Joe Pike, Lou Boldt, Tess Monaghan, D.D. Scott — or a stand alone like … well, because I’m writing this off the cuff, I can’t think of a stand-alone fiction hero off the top of my head. (That also might be because it’s 12:50 a.m. on Sunday morning and I still have 2,000 or so words to write to finish this short story that has turned into a novella.)

There are heroes (Harry Potter) and villains (Lord Voldemort) and anti-heroes (Snape) who resonate because we see ourselves in all of them.

A great hero has flaws. A great villain has strengths. Just like real people.

The power of character has never been made more clear to me than in the outpouring of public criticism over the actor playing Jack Reacher. To me, this isn’t about the strengths or weaknesses of Tom Cruise–it’s about the creation of a hero who people have connected with so strongly that they are emphatic about who should — and should not — portray him on the big screen. 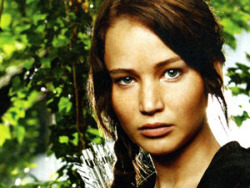 My daughter is a huge reader, preferring fantasy and dark paranormal. She devoured THE HUNGER GAMES and, other than her annoyance that a blonde–dying her hair dark–was picked to portray Katniss, “sees” Katniss in the shots she’s seen of actress Jennifer Lawrence. Yet, she feels strongly that Peeta and Gale have been miscast and that her VISION of the two would have the actors (Josh Hutcherson-Peeta; Liam Hemsworth-Gale) reverse roles. When we were at RT in Los Angeles, the decisions had just been announced, and our roomie Lori Armstrong and my daughter Kelly ranted over the choices for Peeta and Gale.

Multiply THE HUNGER GAMES three books by five (coming on 15 Reacher books) and you have the depth of passion for the character of Jack Reacher.

To me, this passion is amazing. To pull in such a diverse audience across the world who are not only gripped by the stories, but powered by the hero, is rare and wonderful.

I’ve read all of Tess Gerritsen’s books. I’m such a huge fan, that a good friend of mine found her six original Harlequin Intrigues at a garage sale and bought them for me. I don’t generally read category romance, but when I love an author I’ll read everything they write. I so enjoy the Rizzoli & Isles books, that I read each release the week it comes out. I’ll admit, I wasn’t thrilled with the casting choice for Maura Isles because 1) she doesn’t look the part (Maura has short, chic dark hair) and 2) she doesn’t act the part (Maura doesn’t talk as much in the books, and is not as clueless about interpersonal relationships, except of course not recognizing that Anthony Sansone is … ok, I digress.) But the actress is growing on me.

Jane Rizzoli, however, I felt was perfectly cast. She was exactly how I pictured Jane, except maybe with a little more confidence.

But for me, it’s about character. The Rizzoli & Isles television series has a different feel than the books. It took me a full season to separate the voices, and now I can enjoy them both for what they are. I don’t picture Sasha Alexander as Maura Isles when I’m reading, but because Angie Harmon was far closer in looks and personality, I do picture her. And I love both the characters (except of course when Maura was seeing Daniel Brophy, but we can all hope that she’s seen the light–fully.)

Character matters. When we read characters who resonate with us, who make us want to be brave, who make as fearful, who bring out the best–or the worst–of our personalities, we have engaged with the story on an intimate level. We’re part of the story, not distant observers. And talented storytellers like Tess and Lee Child have given us those characters we can believe … believe in so strongly that we care not only how they are portrayed in film and television, but by whom.

But character is a two-way street. How we communicate our feelings shows our own character. The internet, and social media’s quick snippets of 140 characters, or 260 characters, or thousand word blogs, all give us a forum for voicing our opinions. And as a staunch defender of the first amendment, I’m glad so many people not only have an opinion, but a forum to share that opinion.

How we share our views shows our true character–it shows how we truly are, when no one is looking.

The Internet has create a world of anonymity even when it’s not truly anonymous. It’s so easy to voice our opinions instantly … but sometimes, even when we’re right or just think we are … maybe it’s better if we choose to remain silent. Or edit our opinion so it’s neither cruel nor personal nor a veiled threat.

Because character matters — in fiction, and in real life.

Who’s your favorite character and why? Who’s shown great character in real life?