When JT asked what title I would like under my name on the Murderati blogsite she suggested The Newbie, since this had been her title when she first came onto the blogging scene. She also suggested “The Newcomer,” which jumped out at me since it ties directly into my novel, BOULEVARD, a crime thriller set in the world of sex-addiction amidst the dark, present-day streets of Los Angeles. The protagonist is a sex-addicted, LAPD Robbery-Homicide detective.

I’ve done a lot of research on the subject of addiction. I’ve read David Sheff’s “Beautiful Boy,” Nick Sheff’s “Tweak,” Marilee Strong’s “A Bright Red Scream,” William Cope Moyer’s “Broken,” William S. Burroughs’ “Junky,” most all of the texts by Dr. Patrick Carnes (the preeminent researcher in the field of sex addiction), Lauren Greenfield’s documentary film “Thin,” Nikki Sixx’s “The Heroin Diaries,” Augusten Burroughs’ “Dry,” as well as many other novels, memoirs and textbooks on the subject of addiction. The compulsion and addiction topics I’ve studied cover the gamut: Meth, crack, heroin, speed, nicotine, alcohol, anorexia, bulimia, self-abuse (cutting & burning), over-eating, workaholism and sex addiction. I’ve done a lot of “boots on the ground” research as well, attending meetings and interviewing addicts, narcotics officers and health professionals. I wouldn’t consider myself an expert on the subject of addiction, but I’m certainly well-informed. One of the things I’ve learned through my research is that the Twelve Step meeting is a wonderful place to heal.

In the world of addiction, the phrase newcomer refers to someone who is new to the meeting. The newcomer arrives raw and wide-eyed and terribly vulnerable. He stumbles into the meeting searching for guidance or empathy or both.

He takes a seat among old-timers and veterans who view his sudden presence with trepidation. Is this kid going to make it? It’s his first day and it’s going to take a lot of one-day-at-a-times before he achieves even an inkling of serenity. Is he going to have what it takes to keep coming back?

The veterans know how hard it is to follow the path. They know the challenges, and they know that the newcomer will invariably make mistakes along the way. There exists a strange, symbiotic relationship between veteran and newcomer. The veteran often forgets the wild, out-of-control feelings he had when he first started recovery. The group encourages the veteran to listen to the newcomer’s voice so that he might recapture the sense of overwhelming excitement he had when he first started working the program. When he realized that there was, in fact, a path to follow.

Is it appropriate to compare the veteran Murderati authors to a room full of addicts? They seem like a crowd that can take some ribbing. And, while I am making a bit of a playful comparison here, I don’t want to make light of addiction. Too many families have been broken, too many loved ones have been lost. So I hope the readers of this blog take what I am saying in the spirit in which it was written.

The metaphor works. Here I am. New guy. Friggin’ excited as hell that my book is being published. Happy to discover there’s a recovery process from the painful years I’ve spent writing in dimly lit rooms and cafes, separated from my wife and kids, adding five, six, seven hours to the end of each day at the office. I might wonder, what does recovery look like for me? How does one recover from a lifetime of anticipation?

My recovery process has already begun. It began when I got the phone call from the guy who would become my agent. When the book sold, a month later, I could feel my feet planted firmly on the ground. Then came nice little moments that felt like thirty, sixty and ninety-day chips; selling the audio rights, selling the Italian language rights, executing my editor’s notes, seeing the first page proofs, the copyedit proofs, the ARC. Seeing my book available for pre-order on Amazon.com. I’ve had a year of “sobriety” from the anxiety of not-being-published and the book isn’t even out yet. Being invited to join the Murderati authors is like receiving my one-year chip and a cake all at once.

Part of the job of the newcomer is to share his First Step. The First Step is a public recitation of all the crazy shit that happened to him, and all the crazy shit he did as a result of the crazy shit that happened to him, and how all of this emerged as his addiction of choice, and how all of that eventually led him to the room he’s in now, sharing his First Step. I think I can say that my addiction of choice is writing. It has led me to this room. And writing isn’t a bad thing. But it can certainly be an addictive thing, and a compulsive thing. Not to say that I haven’t had other addictions or compulsions that have complicated my life. I’ve had my share.

In future blogs, as part of this “Author’s First Step,” I will share my experiences about how I got published. I’ll relate my story, which is different from Brett’s story or JT’s story or Rob’s story. And it will be different from the stories that other writers will tell after me, other newcomers who join Murderati in the future.

I was fortunate—I published my first novel shortly after I finished writing it. And because of this it might appear that I haven’t experienced much rejection or failure. But I also spent twenty years working in the film industry and much of that time was spent writing spec screenplays that never sold. Now as I look back on it, each of those screenplays was a stepping-stone to the novel, to Boulevard. Each and every one of them gave me the thing I needed to be what folks in the film industry call an “overnight success, twenty years in the making.” And there’s still so much more to achieve.

As a newcomer I think it’s important to share some of these experiences with the Group to underscore the fact that there are many paths to success, and a lot of them look, at first glance, like failure.

Blogging is a lot like sharing, which is the Twelve Step term used to describe the process of talking about one’s daily struggle. Sharing personal stories, telling them to the room. Sharing is important not because we like to hear ourselves talk, or that it feels good to talk and be heard, but because when we share our struggles we open ourselves to others who are facing similar challenges, and it reminds us all that we are not alone. We are a community. We, at Murderati, are a community of writers. I was not published—I struggled—I was rejected—I struggled—I tried I tried I tried—I was published. The stories I heard from other writers along the way gave me the strength to continue, all the while knowing in my heart that I would someday succeed, providing that I always wrote, listened carefully to feedback, and did what was necessary to improve my work, one word, one sentence, one paragraph, one chapter, one draft, one day at a time.

I’ve considered some of the topics I plan to talk about in future blogs: The Joy of Research, How to Find a Book Agent, How to Find a Film Agent, The Development
Process in Hollywood, Adapting a Novel to Film, Creative Visualization, Story Analysis Using the Writings of Joseph Campbell. There are also subjects I find close to my heart, subjects that have influenced my style as a writer. One I’m looking forward to exploring will be called Kerouac, Jazz and the Art of Spontaneous Prose. And there will be plenty of playful, silly blogs, after I learn to chill out a bit, when my friends remind me not to take myself so seriously.

To finish off the Twelve Step allegory, I’ll throw out a few interesting commonalities:

It’s helps to have a sponsor. I’m lucky because I feel like I’ve walked into this room with three caring sponsors: Brett Battles, JT Ellison and Tess Gerritsen. Brett and I met in college. We lived in the same dorms, went to the same parties, had many of the same classes. I lost touch with him for twenty years, until just recently when I found him on the Murderati blog site. He’s become a good friend again and he’s helped me prepare for the things I expect to encounter as a published author. He also gives wonderful tips, like “Always ask a person how to spell their name when you sign their book.” For my part, I introduced him to the best writing café in Southern California. Tess has also been there from the start, from the day I sent her a blind e:mail asking for advice on how to get an agent. She gave me help that made a difference, and then she read my galley and gave me an amazing blurb, one that continues to make a difference. And then there’s JT, who has been a vocal supporter and who gave me the official invitation to join the Murderati authors. All three have given me blurbs and advice and support. I couldn’t have found better sponsors.

A few other Program phrases jump out as I write this…

Keep Coming Back. To the story. To the page. To the computer. Don’t give up. Don’t stop the process. Finish the book.

And, though I’m not very religious, I’m growing more spiritual as my days grow shorter. I’ve come to see that the Serenity Prayer applies to just about anything that challenges me:

Thanks for attending Stephen’s Friday meeting of Murderati Anonymous. Keep coming back. 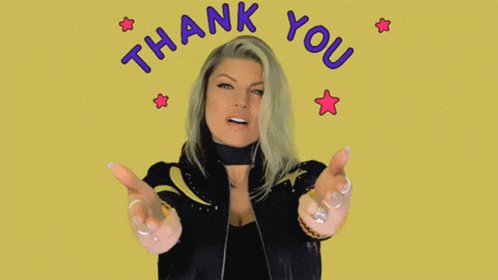 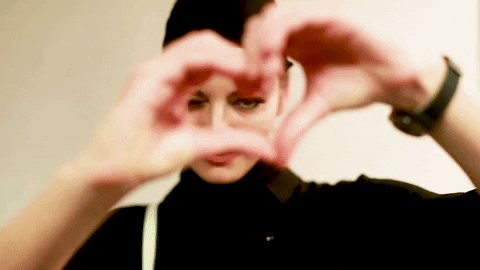