Well, I’ve finally made it.  The Big Time.  I’m a Murderati contributor.

As a long-time fan of the site, I was thrilled to get the call, of course.  Who but James Patterson wouldn’t be?  But once the initial thrill wore off, I found myself asking some really big questions, like, “Who am I?” and “Why am I here?”

In other words, exactly what kind of Murderati contributor will I be?  What can I possibly bring to this party on a regular basis that JT, or Alafair, or any of the eleven other fine writers on hand here, doesn’t already deliver in spades?

One of the things I’ve always appreciated most about this site is its diversity.  The writers who blog here have traditionally run the gamut in terms of backgrounds and experiences.  Some are A-listers, some aren’t quite there yet, and others are working toward getting on their first significant list of any kind.  Some, like me, have been on and off so many lists, they barely know up from down anymore.  Alex is a genius at blogging about the technical aspects of writing; Stephen likes to get under the hood of the writer’s psyche; and almost everyone is expert at writing about agents, marketing, and the debatable efficacy of book tours.

See?  In terms of perspective on the crime writing life, it would seem Murderati has all the bases covered.

So where do I fit in?

Some background:  I sold my first book, FEAR OF THE DARK, way back in 1987, by winning the St. Martin’s Press/Private Eye Writer’s of America’s “Best First Novel” Contest.  (Damn, what a mouthful.  Can you imagine having to say that every time someone asks how you sold your first book?  And yes, you read that year right: 1987.  I’ve been around that long.)

Anyway, winning the contest made securing an agent a simple matter of asking the best one I knew if he’d be willing to represent me and having him say yes.  With his help, I sold two more books in my hardboiled Aaron Gunner P.I. series to St. Martin’s, then moved on to G.P. Putnam’s Sons with two serio-comic mysteries about Joe and Dottie Loudermilk (two fifty-something retirees who buy a truck and an Airstream trailer and take flight from their five grown Children From Hell, solving crimes as they travel willy-nilly across the U.S.A.).  Putnam’s promptly dumped the Loudermilks and asked me to revive Gunner, so I sold them three more books in that series.

When Putnam’s tired of the Gunners, I did a total reboot (adopting the pen name “Ray Shannon”) and sold them two standalone thrillers, MAN EATER and FIRECRACKER, for more money than I’d seen for my previous eight books combined.

Putnam’s then lost interest in my standalones and, well, then they lost all interest in me.  The mid-list crunch was on throughout the industry and my sales numbers made me an easy target for dismissal.  I never got a Dear John letter, but figuring out Putnam’s and I were through didn’t take much reading between the lines.

What followed, in 2004, was a crater in the ol’ career path not unlike the one that asteroid in Armageddon might have left on the face of the earth had Bruce Willis and company not blown it to smithereens.  No one wanted to touch the proposal I’d written for a third standalone and any conversation about a new book in either of my two series was a non-starter.  Oh, and that burning smell I was gradually beginning to notice turned out to be my agent’s disappointment grinding his faith in me as a saleable commodity down to a smoldering nub.

It was time for another reboot, this one sans the pseudonym.  But Gar Anthony Haywood, ver. 3.0, was not going to be an easy fix.  I would have to write the complete manuscript of my next book before shopping it, and to have any chance at all of being sold, it would have to be better than anything I’d written previously.  That latter part didn’t faze me in the least, but the former was a real pain in the ass, because I write the way Arctic snow melts in January.  It was two years before I had CEMETERY ROAD done.

The book was far from high concept.  It wasn’t easy to pitch in a single line.  In fact, like most of what I’d written before, it was a tough, unapologetic, urban crime novel about various people — mostly men — of color.  But hell if I didn’t think it was my crowning achievement.

My agent?  Not so much.  His first question for me upon reading it was, “What are you expecting this book to do for you?”

Uh oh.  That burning smell had stopped.  The man had no more faith left to grind down.  We reached a mutual agreement to go our separate ways.

So now I needed a new agent.

If this were my unabridged autobiography, and not merely my first Murderati blog post, I would amuse you to no end with the full story of how I came to find the wonderful agent who now represents me.  But it isn’t, so I won’t.  Suffice it to say, with a little bit of help from my friends (bless you, Michael Connelly), I signed on with an agent who saw in CEMETERY ROAD what I did, and almost two years later (that’s right: two years), we sold the book to Severn House in the UK, where I remain to this day.  Paid like a pauper but treated as I imagine Knopf once treated John Updike.

Quite a ride, huh?  The old “rollercoaster” analogy would seem to be most fitting.  Highs and lows, starred reviews and no reviews (thanks for nothing, Marilyn Stasio), big advances and little advances.  Day jobs that sucked, day jobs that were more fun than Disneyland, and long periods of time in which no day job at all was necessary.  Movie options, I’ve seen a few (a finished script for my third Gunner, YOU CAN DIE TRYING, came this close to becoming a Spike Lee Joint), as well as the occasional TV-writing gig.  Hell, you name it, and anything just short of serious bestsellerdom or a rung above POD, I’ve been through it.  So…  Getting back to that existential question I asked earlier:

Where do I fit in the Murderati universe?

I’m still not sure.  It may take me a while to find my proper place here.  But for now, the niche I think I’ll try to make my own is that of the seasoned veteran who all too often sounds more like a rabid, overly-opinionated reader than a professional writer.  Because, even this many years into my career, I still think of myself in those terms: I’m a reader first and published author second.  It’s the hyper-critical reader within who keeps me honest, and forces me to confront the weaknesses in my work head-on.

Ultimately, the process of writing involves making choices, and explaining why I make the choices I make to conform to my sensibilities as a reader, is the conversation I’d most like to have here, every other Sunday, as a Murderati blogger.

So let the games begin.

First question for the class:  What do you think is the most important thing your Inner Reader contributes to your work?

@maine_gov @MaineMillennial OK, Vermonters are beautiful too. And New Hampshire folks. And -- oh, all right, Canadians. But absolutely no one else.

@Loreth I used it once for a historical and it was great. I need to try again. 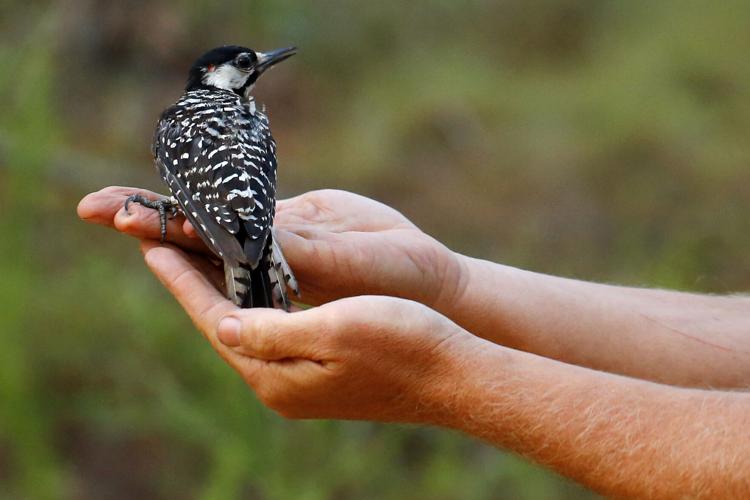 Where are some of your favorite spots to go bird watching in middle Tennessee?

@gmail oh wow. Gmail actually answered me!!! It's like crying out to the wind and having the wind answer back.

22 Spooky New Books That Will Put You in a Halloween State of Mind https://t.co/9vQi0fcbRN 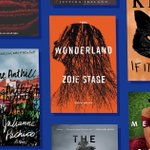