I hope you’ll all forgive me this week if I do a little catching up with myself. It’s been a busy few months and I wanted to let you know that I haven’t been entirely idle during that time.

This year is passing so quickly, and the final month of the year is just about upon us. I’ve no idea what happened to most of it—it sped by in something of a blur.

Still, the latest in the Charlie Fox series—DIE EASY: Charlie Fox book ten—is out there in digital form, complete with a guest excerpt from the first in a new series by bestselling author Joel Goldman—STONE COLD. The US/Canadian edition of DIE EASY is due in January. 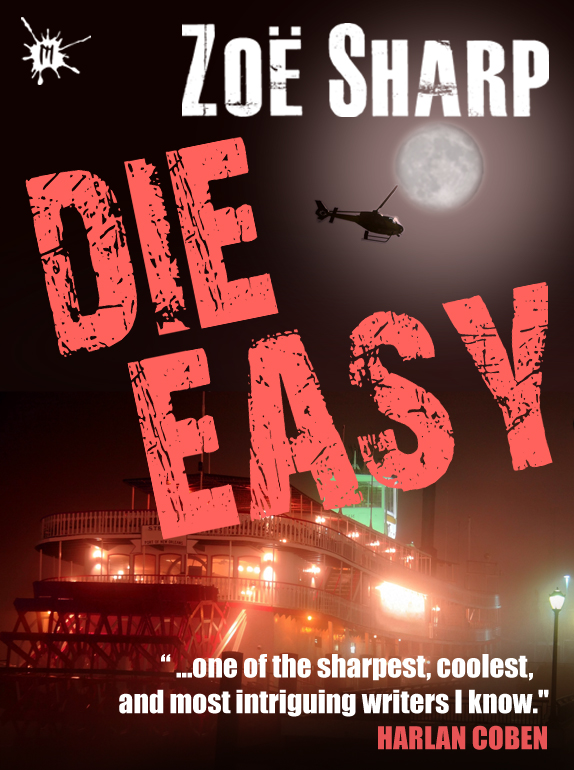 ‘Sean didn’t remember finding out that I wasn’t to blame for ruining both our careers—that I’d nearly died for him. He certainly didn’t know that I’d killed for him.’

When an ambitious robbery explodes into a deadly hostage situation, the motive may be far more complex than simple greed. Somebody has a major score to settle and Sean is part of the reason. Only trouble is, he doesn’t remember why.

One thing’s for sure—no matter how overwhelming the odds stacked against her, Charlie Fox is never going to die easy …

And, following on from that, I’ve put together the second three books—FIRST DROP, ROAD KILL and SECOND SHOT—into another e-boxed set called ANOTHER ROUND of Charlie Fox, which also comes with a bonus standalone short, Tell Me.

And, of course, both Last Right and Tell Me are now available as individual downloads, alongside another standalone short story, The Night Butterflies. 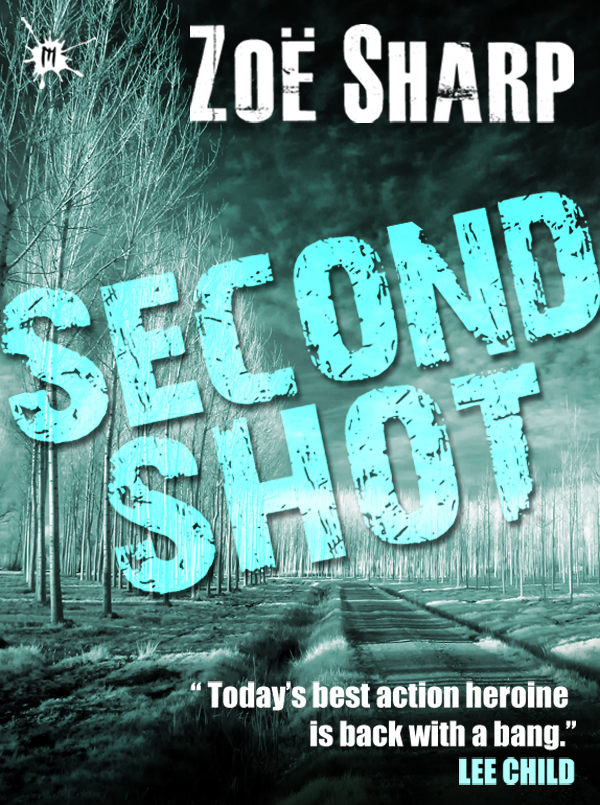 On top of that, I’ve reverted US rights to SECOND SHOT: Charlie Fox book six, and that’s now out with a guest excerpt from LOST RIVER by highly acclaimed British crime writer, Stephen Booth.

‘Take it from me, getting yourself shot hurts like hell.’

When the latest assignment of ex-Special Forces soldier turned bodyguard, Charlie Fox, ends in a bloody shoot-out in a frozen New England forest she’s left fighting for her life, with her client dead.

Simone had just become a lottery millionairess but she never lived long enough to enjoy her new-found riches. Charlie was just supposed to be keeping Simone’s troublesome ex-boyfriend at bay and helping track down the father Simone had never really known.

But Simone’s former SAS father has secrets in his past that are coming back and haunt him. Did Simone’s money tempt him into engineering her death? And what happens now to Simone’s baby daughter, Ella?

With Simone gone, Ella’s safety is Charlie’s main concern. She’s determined, despite her injuries, not to let anything happen to the child. Even if this time Charlie’s in no state to protect anyone―least of all herself.

Is that enough for now? Well … no, actually.

I’m currently working on edits for a standalone crime thriller, THE BLOOD WHISPERER. No links up for that yet, but I can let you have a sneak peek at the cover and the jacket copy.

Six years ago, London crime-scene investigator Kelly Jacks woke next to the butchered body of a man with the knife in her hands and no memory of what happened.

She trusted the evidence to prove her innocent.

Now released after serving five years for involuntary manslaughter, Kelly must try to piece her life back together. Shunned by former colleagues and friends, the only work she can get is with the crime-scene cleaning firm run by her old mentor.

Sent to eradicate all trace of the apparent suicide of Matthew Lytton’s wife at their country home, she draws unwelcome parallels with the past. The police are satisfied, but Kelly isn’t so sure. She wants to trust Matthew, but is he out to find the truth or to silence the one person who can expose a more deadly plan?

Kelly quickly finds herself plunged into the nightmare of being branded a killer once again. On the run from police, Russian thugs and local gangsters, she is fast running out of options.

But Kelly acquired a whole set of new survival skills on the inside. Now she must use everything she knows to evade capture and stay alive long enough to clear her name.

Right, I think that’s enough for now, so I’m going to shut up … in a moment.

Before I go, however, I’d just like to thank my wonderful webmaster for the total revamp of my site. If you haven’t had a look, I’d value your opinion. Just click on my name at the top of this blog.

Also, I need to give much kudos to my extremely talented cover designer, Jane Hudson at NuDesign, who’s come up with all these stunning new images.

My grateful thanks go to our Alexandra Sokoloff for her wonderful mention on her last blog. I’d already done my Next Big Thing blog, so here’s my take on it.

A big thank you to Cheryll Rawling for a wonderful interview on her excellent blog site, CrimeWarp.

Tomorrow is also my last day as Author of the Month on CrimeSquad.com. Thanks to Graham Smith for that one!

And don’t forget David Corbett’s upcoming writing courses—Character Spines & Story Lines at Book Passage this weekend, and his online course in January. It would, as they say, be a crime to miss them.

This week’s Word of the Week is gormless, a lovely word that has certain lights-on-nobody-at-home connotations. It actually comes from an old English dialect noun gaum meaning attention or understanding, and also a dolt, but can also function as a verb meaning to behave stupidly. The most common spelling in modern times is gormless. I love the idea that one can have gorm—it’s a bit like using ruth instead of always ruthless, or to be ept instead of always inept.

16 thoughts on “Catching up”