Breaking News: I’ve just learned my interview with Mysterious Press’s Rob Hart is packaged with Otto Penzler’s interview with Nelson DeMille on a just available FREE podcast through iTunes. Just go to the iTunes store, search for Mytserious Podcast, look for the MP logo among the offerings, and there it will be. 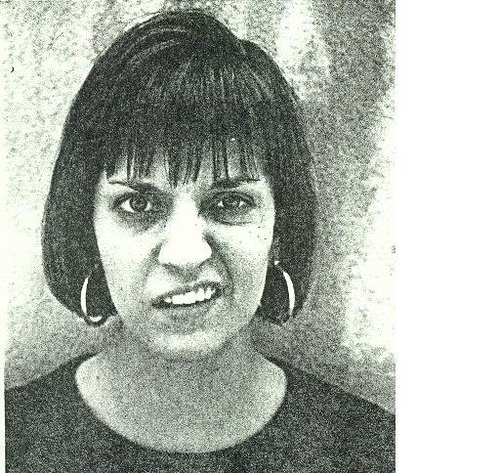 Caring has been on my mind not just because of the season, though. Two recent articles in the New York Times had me thinking a bit more deeply than usual about the whole issue of caring—how much we can, for how long, and why we often try not to.

In her piece titled How to Live Without Irony, Christy Wampole argued that the current zeitgeist, especially among millennials, requires an almost kneejerk rejection of caring, or at least seeming to care.

She blames some of this on the obsession with digital technology, which overwhelms slower, more demanding, more human connections.

But there’s also the lingering fear of finding one’s passions and desires wanting. Christy admits when it comes to gifts, she’d rather give a kitschy knick-knack, good for a moment’s laugh, than try for something meaningful and have the recipient disappointed.

In this view, irony is the terror of the pain that accompanies being authentic, imperfect, human. It’s a kind of armor against shame.

I learned to care when I stopped trying to be the smartest guy in the room—or the class clown—and realized I actually wanted a meaningful connection with someone else. It truly hit home in my marriage—no more so than when Terri got sick and passed away. (Or, as one of Christy’s friends put it: “Wherever the real imposes itself, it tends to dissipate the fogs of irony.”)

And yet a lack of irony can be just as self-defensive and false. Tyrants lack irony, zealots lack irony. For them the hyper-sincerity of unquestioned belief is the armor against shame.

Regardless of the emotional spectrum—dour with power or hip and flip—it’s genuine connection with others, the ability to care and accept the pain of loss and rejection and error, which proves to be the most difficult thing.

The second article I read that had a real impact—“New Love: A Short Shelf Life” by Sonya Lyubomirsky—concerned what’s known as hedonic adaptation—or, more colorfully, the hedonic treadmill. (No, it won’t firm up your thighs.)

Hedonic adaptation is the now widely accepted and broadly verified phenomenon by which we naturally “normalize” experiences of profound joy or bliss or excitement after a certain period of time. Sexual passion for a loved one normally lasts about two years, for example. A new toy may lose its fascination well before nightfall on Christmas Day.

Being happy, it turns out, is a lot like being tall. After about age thirteen, the fix is in. Your general state of personal happiness is largely hard-wired.

And this is significant to the extent we pursue caring because of the joy it brings us. I don’t know about you, but I tend to think caring born of fondness is more likely to survive than concern born of moral obligation. But maybe I’m wrong.

To truly care deeply one has to crawl out of the foxhole of the ego and both see someone else clearly, as best you can, and allow yourself to be seen. It’s simple to state. Why is it so hard to do?

Why are we so beholden to an idea of ourselves? Our persona, our identity, our ego—call it whatever you want—it’s the collection of tactics, impressions, and feelings that make up who I usually consider myself to be. It’s the machine that allows me to go out in public and not be afraid I’ve got my fly down—or toothpaste on my chin.

And yet few experiences are as rewarding as when you find someone who lets you put down that mask. It may well be that there’s just another mask waiting, a slightly deeper one perhaps. There may not be a ‘true self,” just one “personality” after another, like the layers of an onion.

But there’s one bit of advice I got in my early twenties that’s as true as anything else I’ve ever learned: You don’t know yourself by yourself.

This can lead down a false path as well, of course. We all know people who “live for others,” and who seemingly would collapse into an empty husk if left alone. Solitude is maddening for such a person, a haunting scream of emptiness. It’s not that they’re lonely. They’re afraid, without someone else there as echo, that they cease to exist.

I guess I’m looking for a golden mean, on the one hand rooted to some core sense of who I am, and on the other open to the kind of change meaningful connection offers. Because if we’re not going to allow others to affect us, to make us feel and worry and laugh and give—to make us care—why bother? And caring changes us.

Sartre had it exactly backwards—hell isn’t other people, it’s ourselves. It’s being locked in the isolation of “personality.” (Interestingly, Sartre himself came to this same conclusion after the war, and devoted himself to political and social engagement.)

The truth is hard, not because it’s complicated but exactly the opposite. Human truth is simple, which is what makes it maddening. We want to love and be loved. We want to care. If it weren’t so sneakily difficult due to the habit of ego and the pieties of selfishness, we wouldn’t restrict that caring to a mere one month per year.

I could connect all of this to the writing of our characters, but this post is already far too long. Maybe I’ll get to that next year. (Oh please don’t, I hear you cry.)

Meanwhile: Who is it in your life that most instinctively arouses your impulse to care?

How has your connection to that person grown over the years?

How has the manner of your caring, or the things you care about, changed with that connection?

and again the day after Christmas.

Wait! It wouldn’t be Christmas without blatant self-promotion:

My short story, “A Boy and a Girl,” is the featured offering in the sweetly named Out of the Gutter 8, edited by the inimitable Joe Clifford. It’s available in Kindle edition now, with print versions forthcoming.

Also, as mentioned last time, I’m teaching a ten-week online course through UCLA Extension beginning on January 16th. The course is titled The Outer Limits of Inner Life: Building Consistent but Surprising Characters, and covers the art of characterization from conception of the character through development and execution on the page.

Last, Open Road Media and Mysterious Press have re-issued my third and fourth novels — Blood of Paradise and Do They Know I’m Running, respectively—in ebook format. Follow the links to purchase the titles. 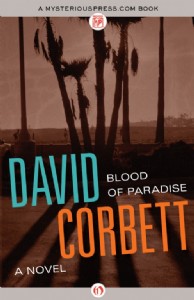 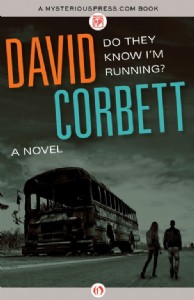 Jukebox Hero of the Week: It’s time for those Christmas Classics, and the chestnuts haven’t roasted till Robert Earl Keene, Jr. sings “Merry Christmas from the Family:”

21 thoughts on “Caring to Care”