As I’ve mentioned several times recently, the family and I are the proud owners of a new home.  We moved into a classic “fixer-upper” in the Glassell Park area of Los Angeles last October, and I’ve been plenty busy ever since putting the Humpty-Dumpty its previous owners had reduced the place to back together again (with the help of a few fine contractors, plumbers, electricians, etc., of course).

Not long after we moved in, in keeping with a promise the wife and I made our two kids, we bought a family dog.   Our first family dog.  His name is Bruno, and he was just a twelve-week-old boxer-slash-fill-in-the-blank (Mastiff?  Pit bull?) puppy when we first got him — but look at him now: 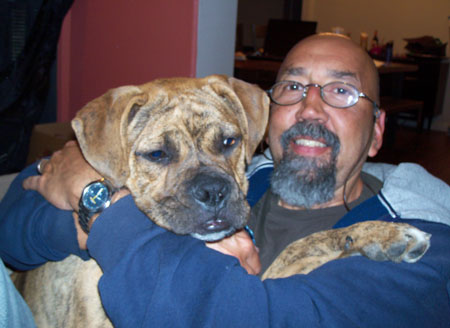 As the dog owners among you well know, owning a dog is a lot of work, and much of that work involves walking.  Lots and lots of walking.  I personally take Bruno out walking at least two times a day.  As Glassell Park is almost all hills, depending on the distance I choose to cover, these walks can be a real workout.  But I love them.  One, because I need the exercise, and two, because telling an author to go out walking his dog is essentially giving him a license to plot.  I solve more writing problems in Bruno’s company than I do sitting at my computer desk.

But there’s one other reason I enjoy walking the dog: Discovering my new neighborhood.  Exploring all its twists and turns, the “not-a-through-streets” and “no-outlets.”  Seeing and meeting the community’s diverse mix of people and marveling at its wild array of architectural styles.  In doing all this exploring two, sometimes three times a day, a curious thought has occurred to me: A house is a lot like a writing career.

Every author starts out here: On a vacant plot of land, peering into a future that seems vast and full of endless possibilities.

You sell a book, maybe two.  A foundation is built.  From that foundation, some authors — good, lucky, or a combination of the two — will go on to construct a veritable mansion . . . 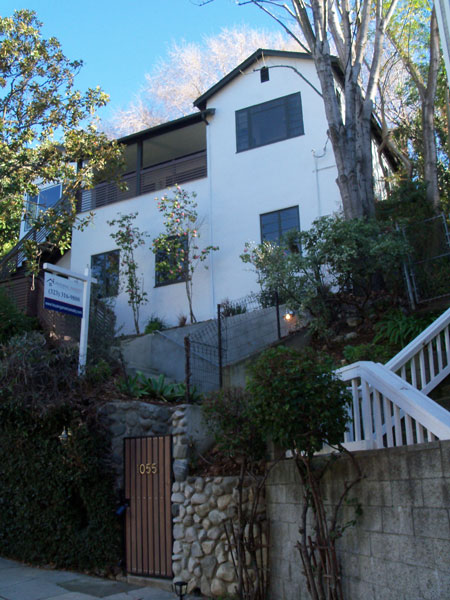 . . . while others will build the foundation of a career and nothing more. 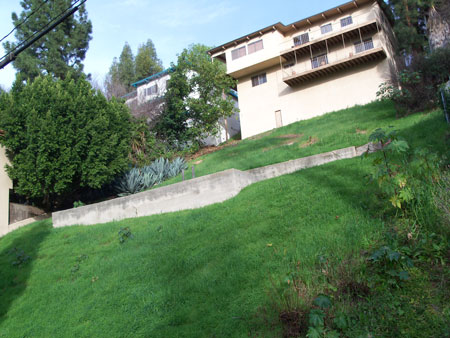 Some writing careers grow slow and steady, one floor at a time . . . 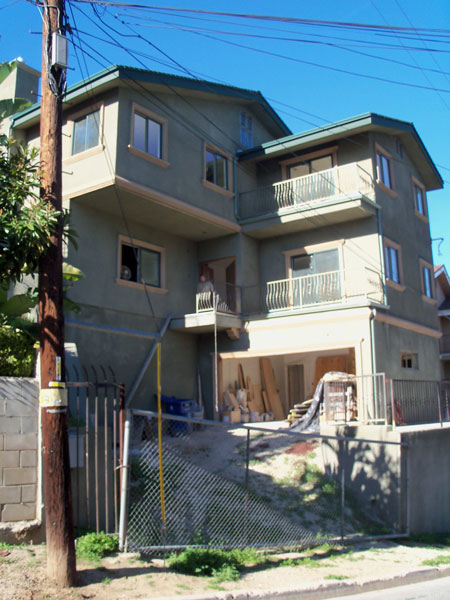 . . . and some either come to a screeching halt somewhere in the construction process, or simply peter out, like an old alarm clock winding gradually, inexorably down. 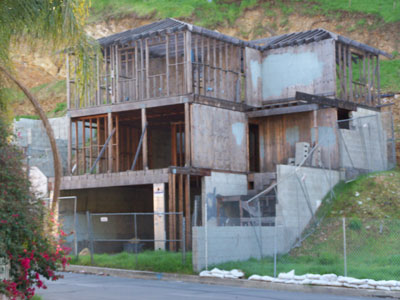 All too often, when a writing career falters before it can be made whole, it fades away to nothing, leaving little in the way of a mark behind to indicate it ever existed at all. 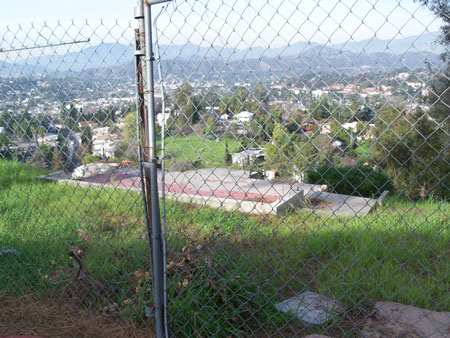 And then there are writing careers that wane but refuse to die.  Work picks up again, the once-dormant build site starts to hum with new life . . . 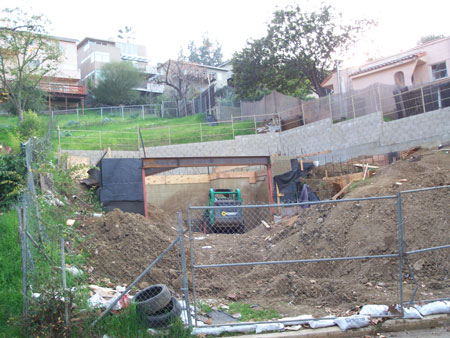 . . . and another mansion — or comfy cottage — eventually rises toward the heavens. 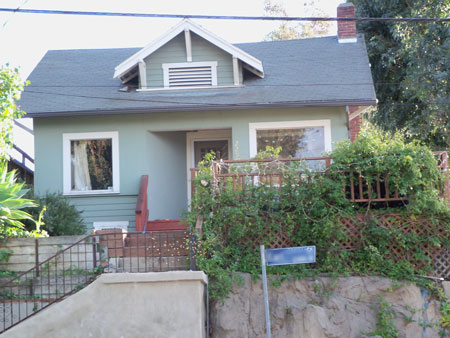 Or a new plot of ground is staked out upon which to start the construction process all over again. 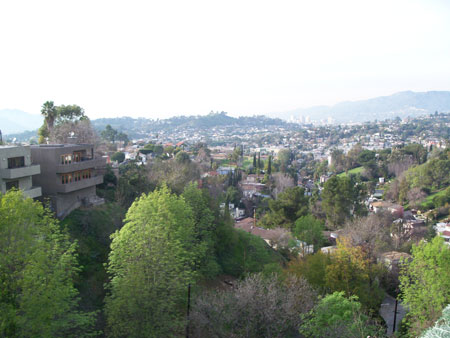 Funny, the things a writer thinks about while walking his dog, isn’t it?