We’ve been having storms like you wouldn’t believe. On the seafront, the waves have reached heights of near 45 feet, that’s 13.4 m. I’ve stood transfixed at the ferocity and sheer magnificence of them. And of course, two surfers went out there and the Coast Guard had to risk their lives to rescue them. Down at the docks, another fishing boat was lost and the wives keep a lonely vigil. The fisherman don’t learn to swim, believing if the sea wants you, it will indeed claim you.

All I know is that the sight of those women devastates me.

The title of this piece translates as

Bronach, pronounced … Bro-knock, is so much more than sadness though. In Irish, it’s like a soul sickness, a melancholia that reaches down over hundreds of years and Bringlodi, pronounced Bring-load-e, is simply dreams.

In so far as dreams are ever simple.

I was telling Elaine Flinn about these words recently and she loves them as much as I do, they have a resonance that is beyond articulation.

Which led me onto me gig of lighting candles.

As I do for friends who are undergoing pain, stress or trauma. Alas, there is only one church remaining in the city where you can light the candles in the old style. The rest have gone, if not digital, certainly electronic. You put your Euros in and press a button and a light comes on. Reminds me too much of a celestial slot machine, Vegas without the noise.

I need the traditional route, the long taper, you light it then put it to the wax candle and the whole ritual is strangely comforting. They say a candle is a prayer in action.

No debate from me.

If it’s a really special case, I light a green candle, no, not because I’m Irish but the green candle has deep significance in Irish history.

I did that recently for a friend who said

“I don’t believe in all that crap.”

“I believe for you.”

I’m thinking of Sandra’s novel, What Burns Within.

“You’re the last person I ever expected to be religious!”

I tried to explain that I believe religion is for people who are afraid of going to hell and spirituality is for  those who’ve been there.

“How do you know if someone is spiritual?’

Usually, if they firmly believe they are spiritual, they’re anything but.

And heaven knows, I seem to be a constant target for the spiritual muggers, they figure I need saving and they’re right, I do.

You claim to be humble, you ain’t.

There are three simple questions to determine if you’re spiritual:

It’s quite astonishing the number of people who will deny one or all of those.

But lest I get too deep here, there is a wonderful song by Amy Winehouse with Mark Ronson titled, Valerie. Sent to me by my close friend Tony Black. His novel, PAYING FOR IT, has a line of true Bronach, a dying father saying to his son

“I thought I could win you round by being hard on you … it was all I knew. I got what I wanted by being hard, a hard player I was … I thought you needed the same.”

My daughter and I jive to Valerie.

Her sheer gurgles of delight as I swing her round the kitchen is as spiritual as ever I need to know.

One of my close friends here, said

“Jaysus, I can’t picture you dancing.”

I want to ask

“And why should you?”

Plus, it’s a given that Irish guys don’t dance, way too macho for that shite.

Few things give me more joy than watching people dance. Time back, when line dancing was hot here, I was in me element.

Few years ago, in Mexico, I was with some friends who asked me how I’d like to spend the evening?

They told me it was passé.

I said there must be someplace that still had it and they finally admitted that a biker joint, just outside Cancun did but it was a risky venue.

Just what I wanted to hear.

It was certainly atmospheric, the Harleys outside, one particularly beautiful Soft Tail custom, gleaming in the lights from the bar, and inside, a motley crew. We found a table and got the Tequila with the worm in the bottom of the glass.

We didn’t order it, they brought it over, plonked it down and gave you the look.

There were actually two types of drink available.

You could have it with or without the worm.

There was a heavy vibe in the air, I felt like I’d wandered onto the set of “Dusk till Dawn” and asked my friend if there was ever any trouble?

He said no as everyone was packing.

He shrugged it off, said

“Act like you are, swagger when you go for a leak.”

And knowing my history, someone would surely call my bluff.

I skipped the swagger.

The band were terrific, a blend of Cajun, Tex Mex and Country.

If I could have just got an Irish lilt to it, it would have been awesome.

Just recently, I’ve had a recurring dream. I’m walking with a lady and Ye Gods, I’m happy. I wake and I can’t recall her face, her name, just the feeling.

Craig Mc Donald in his debut novel quotes a line,

“You’ve got to find what you love and let it kill you.”

My wondrous Rabbi in Beverly Hills emails me about the nature of love and the true spirit of the human condition.

I think of that as I re-read Louise’s blog about her amazing gesture for her dying brother.

My wish for 2008 is that Bill Crider’s wife is healed and well.

It’s so much more resonant in Irish and so, to you all

Thing is, I truly mean it.

Every Picture Tells a Story No. 3381: https://t.co/SyQ21cWtC6 #photography #photos #inspiration 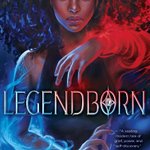 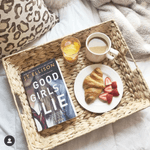