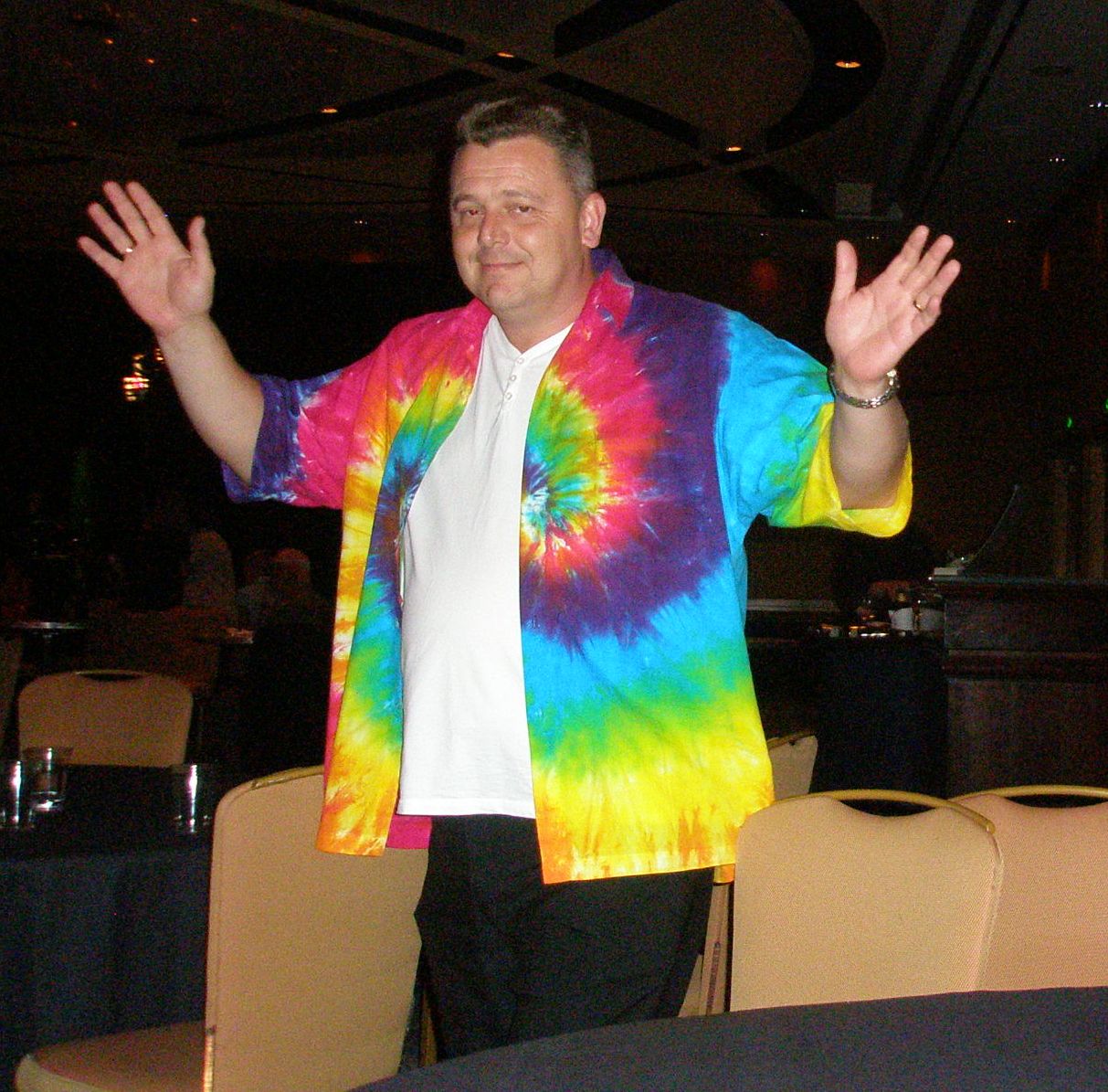 I’m pleased to welcome Matt Hilton to today’s WildCard Tuesday here on Murderati. Matt is the highly successful author of the Joe Hunter action thriller series. He’s also one of the most prolific authors I know, and as well as producing numerous books and short stories, he’s also found time to edit a few anthologies, plus co-editing the fiction webzine Thrillers, Killers ‘n’ Chillers. His latest project is an e-thology that harks back to a previous era, when men were men and sheep were nervous. (Well, he is from Cumbria … ZS)

Back in the late 1970s and early 1980s I was reading books ‘borrowed’ from my father’s stack of dog-eared paperbacks, that he acquired through a read and share scheme with his friends. It seemed that my father and his pals all shared a love of action tales the likes of Don Pendleton’s ‘Mack Bolan’, Richard Sapir and Warren Murphy’s ‘Remo Williams’, or George G Gilman’s homegrown western books, ‘Edge’ or ‘Adam Steele’, or a Nick Carter: Killmaster book.

Those books were high-entertainment to me and I couldn’t get enough of them, or indeed Robert E Howard’s Conan series, or Lin Carter’s Thongor of Lemuria, or Karl Edward Wagner’s Kane. I loved my stories full of action and adventure, and it didn’t much matter to me where, when, or how the story unfolded. It was through reading those kinds of books that got me into writing. I wanted to emulate the kind of books that I loved to read.

Those were the days when heroes were heroes and the action was furious and full-blooded. Often as not, the hero was quite the opposite: an anti-hero. But he needed to be, to bring the kind of violent justice to villains worse than him. Political correctness took a back seat, even as the bullets and karate chops were flying. Basically it was good old harmless fun. It was a case of disengaging your moral compass and getting down with the hero as they took on all comers, and they did it with balletic grace and uncompromising violence. Gratuitous? Yes. Realistic? No. Great fun? You betcha!!!

Over the years I’ve written many a take on the action-style book, and it was always my plan to hark back to those Golden Days when penning my own crime thriller series. Although influenced by the pulp masters, I wanted to reinvent the style somewhat, albeit grounding my tales a little more in the real world, making the tales more contemporary. My character ― Joe Hunter ― could have stood shoulder to shoulder with any of those action heroes but also sits nicely in modern times.

Funnily enough, some of my detractors bemoan the fact that my novels ‘verge on pulp fiction’, and they mean it as an insult directed at my lean, pared down style. Little do they know that they are giving me a compliment. I’m a fan of the pulps, always have been, and am not ashamed of the fact. The books pretty much are what they are supposed to be: action-packed fun reads where you can disengage your moral compass, suspend your disbelief and join Joe Hunter on a wild ride for a few hours. 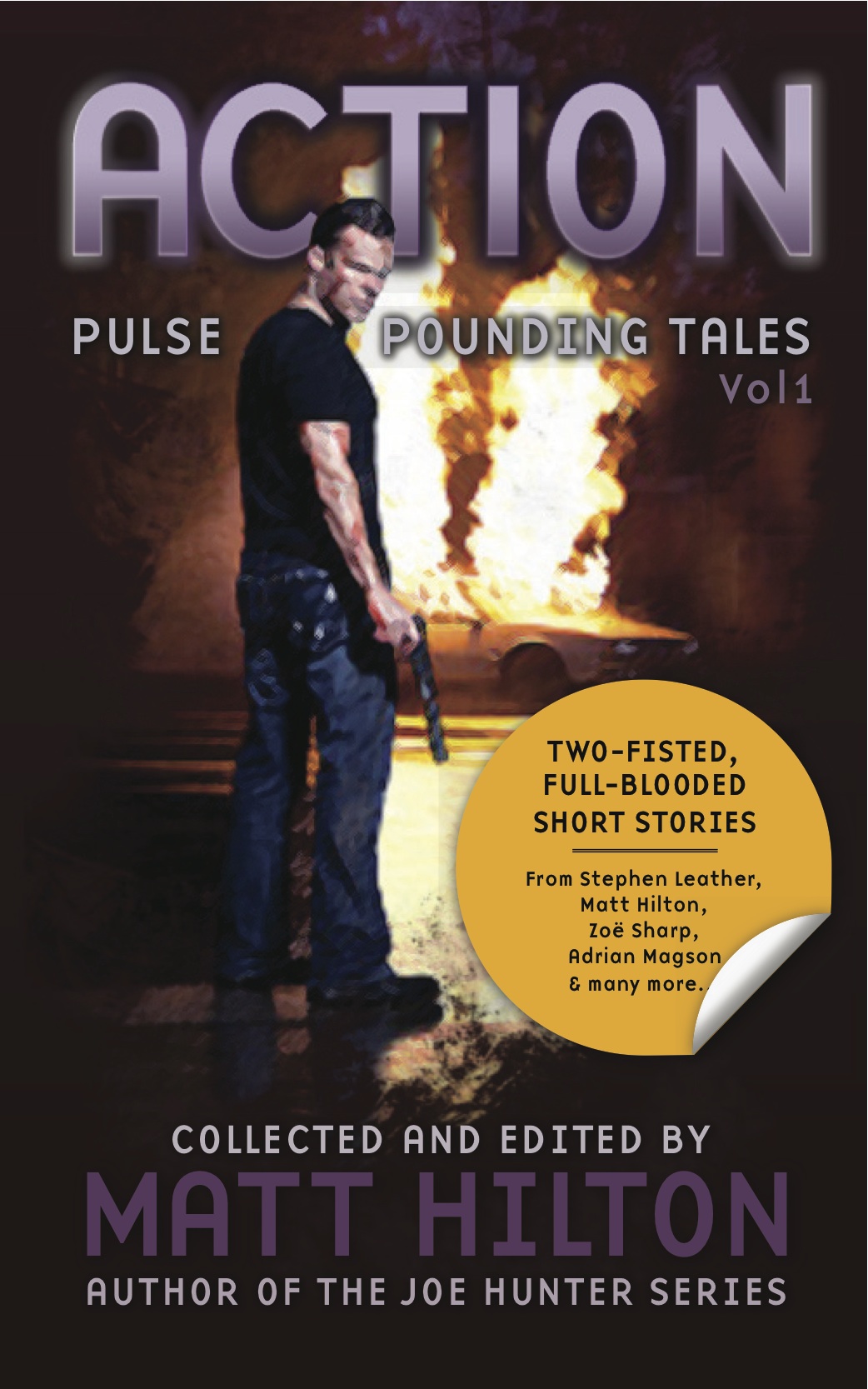 It was partly due to these detractors that I thought about putting together an eBook collection of stories that paid homage to characters such as Mack Bolan, Remo Williams, and Edge et al. At first I considered writing a collection of stories myself, but then decided that it would be much better if I sought like-minded writers to pitch in with their take on the action genre. So the call went out and the submissions rolled in for the project I named ACTION: Pulse Pounding Tales Vol 1.

I expected new authors, aspiring authors and the like to submit, but more than that I hoped that some ‘names’ would come on board. And I’m thrilled to say that I wasn’t disappointed. Stephen Leather ― whose ‘Spider’ Shepherd ranks as one of the best thriller figures in action fiction ― heard the call and his story “Strangers on a Train” kicks off the collection in style. There are stories from other greats such as Zoë Sharp, author of the terrific Charlotte ‘Charlie’ Fox series, Adrian Magson, author of the excellent Harry Tate spy thrillers, as well as some up and coming names like Paul D Brazill, Col Bury, Gavin Bell, I S Paton and many others. Being greedy for readership I pitched in a couple of stories too, including a homage to the 1970s action men and the bonus Gilman-esque Western story that rounds off the collection. The authors had fun with the briefing and tales from the wide spectrum of action stories are included. I imagined that I was putting together an anthology or compendium from the best of the action genre magazines, and within its pages you will find secret agents, vigilantes (both just and insane), cops, villains, soldiers, veterans, gangsters, swordsmen, Ninja and even a crypto-zoological beast you might recognise. Some of the tales are delivered with shocking realism, some as lighter entertainment, some on the grittier side, but each and every tale included in ACTION: Pulse Pounding Tales is guaranteed to get your heart racing.

20 thoughts on “Bringing them back alive…”