I know, it’s a holiday weekend, but here at Murderati, no one sleeps.

Last week I threatened to start a related series of blogs on indie publishing and how the whole e book revolution has been affecting me.

In my post I talked about how over the years I have had pretty good intuitions, cosmic nudges as it were, about moving in directions that have enabled me to make a full-time living as a writer for pretty much all of my adult life. And the latest cosmic nudge was about e books. Well, okay, maybe that was Joe Konrath, who tends to be even more insistent than the cosmos. 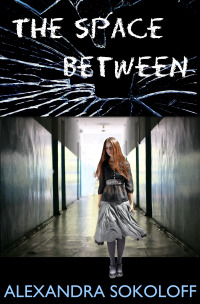 I’d already worked through this process with my Screenwriting Tricks for Authors workbook, with about a dozen very patient author friends who had already been through it talking me through the steps.  So this time was easier and faster because I’d already been through all the steps, and I know ALL of it is going to get easier and easier. Except, of course, writing the books. That part hasn’t changed, unfortunately.

So that’s the first point to cover, today.

FIRST, LAST AND ALWAYS, IT’S ABOUT THE BOOK.

Sixteen-year old Anna Sullivan is having terrible dreams of a massacre at her school. Anna’s father is a mentally unstable veteran, her mother vanished when Anna was five, and Anna might just chalk the dreams up to a reflection of her crazy waking life — except that Tyler Marsh, the most popular guy at the school and Anna’s secret crush, is having the exact same dream.

Despite the gulf between them in social status, Anna and Tyler connect, first in the dream and then in reality. As the dreams reveal more, with clues from the school social structure, quantum physics, probability, and Anna’s own past, Anna becomes convinced that they are being shown the future so they can prevent the shooting…

If they can survive the shooter — and the dream.

This is a project that was very close to me and very hard to write.  You know, every book is different, but I know from my own experience and from talking to a lot of author friends (including several of the Rati) who started publishing at about the same time, that sometime around about your fourth book you start getting restless and you just want to stretch.

So I was experimenting with a lot of things with SPACE. It’s my first Young Adult, my first book in present tense, my first book set in California even though California is where I’ve lived for practically all my life (apparently I had to leave it to be able to write about it).

Also I was adapting my own short story, “The Edge of Seventeen”, which won the Thriller award for Best Short Fiction two years ago.

Which I also just put up online, because that’s what we can do, now!  Just 99 cents, any format. 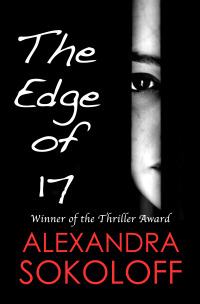 I’m not new to adaptation, it was half the work I did when I was a screenwriter, but I really had to open up the story. That was the best part, it turned out – I always felt there was much more to the story I’d initially told, but I really surprised myself with how much more there was.

Add to all those challenges the fact that for the last two years I’ve been dealing with a devastating family illness and death. It’s easily been the hardest time of my life.

I guess it’s no surprise, then, that when I’d finally nailed the book, it was…. How to say this?

Really, really dark.  Which I tend to be anyway, but under the circumstances… well, it was dark.

And it’s about high school. Now, I personally had a better time in HS than most, because we had such a great theater department and that’s what I was always doing. But that doesn’t mean I wasn’t acutely aware of the horror and misery going on around me, and that’s what I write about in Space. And when you’re dealing with a sixteen-year old protagonist, everything seems all that much darker.

So that brings us to the second point.

The first thing is always writing a great book. But once you have that great book, there’s the decision of how to market it. In traditional publishing, this has a lot to do with your agent deciding which editors are the best potential buyers at each house, and then the fate of the book is largely determined there. But with the rise of indie publishing, one of the new decisions is “Indie or traditional?”

Well, here’s one of the things that’s so cool about e publishing – that you can use it for those slightly off projects that I KNOW all you great slightly off people have. In this case, I was writing a YA that was – even as edgy as YA has gotten – edgy enough to give me and my agent pause about submitting it to editors.

Not that it wouldn’t be totally great to have a banned book in my bibliography, but… I was writing from the perspective of a 16-year old who has seen WAY too much, just like the 16-year old that I was.  And while I myself was reading things that were way too old for me when I was – well, seven, actually, but certainly when I was 16 – what that meant was that I was reading adult books that were way too old for me. Because when I was a teenager there weren’t really that many YAs that were too old for anyone except for that twisted Flowers in the Attic series. And those were twisted in a way I was familiar with from my friends’ lives, unfortunately, so I didn’t really understand why the books were considered so twisted. I mean, why get upset about the books?  Try getting upset about incest and child abuse in real life, and DOING something about it, why don’t you…

Oh, right.  Nowadays there is a ton of edgy YA out there – edgy being the encompassing word for books that cover incest, rape, cutting, eating disorders, mental illness, child abuse of any kind, teen criminal behavior, school shootings, suicide…  no taboo is left, actually.  But in The Space Between I cross a supernatural thriller and edgy YA, which takes things a little further out there.

Now, that didn’t discourage my agent. But because of the life interruptions of my last year, I’m in the interesting position of having several interrupted spec books that I’m just now getting back to. So because The Space Between is my first and only YA, and one of my others is much more along the lines of my other adult thrillers, only even more mainstream, and because my agent is really aware of and supportive of my desire to get into the indie publishing business, we decided that I would indie publish Space, and he will shop the adult thriller traditionally (if that still makes the most sense when I finish that book).

I’m in the lucky position of having multiple projects and a steady income from previous contracts, so I can take some risk.

So the KIND of book SPACE is figured into that decision.

Another factor was price. I have traditionally published books out on Kindle at the publisher’s price of $11.99 and $12.99 and it just feels like publishers are killing all chance of sales at that price.  I absolutely gladly pay twice that for a hardcover of an author I love, but for an e book?  No way. Who wouldn’t gravitate toward a $2.99 book in the same genre? In this economy?  Sorry, but that’s such an obvious reality it just makes me sick to see publishers ignoring it – and killing authors’ sales in the process.

The other big factor, of course, is rights and money. One of the biggest pulls for me about getting into the e book business now is – of course – the 70% royalty rate on Amazon, slightly less for most other formats.  That can change, but at least if it changes I’ll still own full rightst to the book and can take it anywhere I want from there. I have no idea what kind of sales I can expect for a fiction YA; the only numbers I have to go on are the sales from a non-fiction workbook. But non-fiction is statistically the WORST selling genre in e books, and I’ve already done well enough with it to totally justify doing it as an e book rather than a traditional deal. And those were the kinds of numbers and comparisons that my agent and I were talking about in our discussions on the subject.

So the lessons here?

YOUR AGENT IS YOUR BEST FRIEND. At least if you’ve chosen well, and those Rati who share mine will testify to the awesomeness of ours.  You and your agent make these decisions together.  If you don’t have an agent and are considering doing directly to indie publishing, I would strongly suggest that along with writing the best damn book you can write, you be doing reading every day on what indie publishing actually entails so you are going into it with real knowledge.

Here are the most essential resources I know of for indie publishing information:

– A Newbie’s Guide to Publishing

Not that anyone here doesn’t already know, but Joe’s is the one essential site on e publishing.

Browsing this message board a couple of days a week will give you a very practical crash course on everything from cover design essentials (what works for traditional publishing is NOT what works at thumbnail size), to promotion, to what indie authors’ actual sales figures are.  People on the boards are friendly and helpful; I also found my two great proofreaders there.  It’s also interesting to see the politics of indie vs. traditional publishing; personally, I just don’t see it as an Either/Or proposition.

Everyone, and I mean everyone, should read Kristine Rusch’s incredible series on the essentials of publishing and the changes in our world.

And speaking of agents, this is an interesting article by Barry Eisler on a new trend:

– I’ve also been hearing plugs for Digital Book World: but I haven’t read enough to give a personal recommendation.

Okay, I think that’s enough reading to get your through the four-day weekend (sorry about that!) so I’ll save my step-by-step guide of what I’ve learned about prepping a book for e publication and getting it up and published: editing, formatting, cover design, pricing, distribution, promotion, and the kitchen sink – for my next post.

So, questions. Does anyone else have something twisty there in the back of that drawer that you’ve been thinking of putting up as an e book? Anyone out there reading edgy YA, and if so, there any taboos you haven’t seen broken?

And – is anyone else watching 1776 for the holiday weekend? (Hi Allison!)  Have a great one.