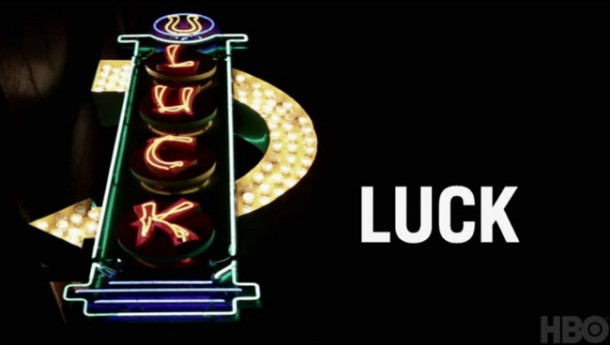 And another one bites the dust.

Just as I was getting utterly full-throated in my admiration for HBO’s thoroughbred racing drama Luck, I learned the series was cancelled after a third horse died on the set.

PETA was exploring a lawsuit and had referred the matter to the Los Angeles District Attorney. HBO issued a statement with executive producers Michael Mann and David Milch that quickly got hosed on the Internet for alleged hypocrisy in the first degree.

I’m reluctant to judge the motives of people I don’t know on the basis of evidence I don’t have. I’m funny that way.

But if animals are dying, the show’s gotta close. Absolutely. That’s not, however, why I’m bringing this up here. Luck also was suffering from bad ratings, which makes it only the most recent in a string of shows that have stolen my heart only to vanish before the romance could get beyond the moony sighs—all of them critical darlings. All of them struggling for viewers. All of them gone baby gone. In an eyeblink.

Last year’s Lights Out, the FX program about heavyweight boxer Patrick Leary making a fateful comeback, was a show I made sure I was home for. (No, I don’t have Tivo or a DVR. Nitwit.) Incredible breakout performance by Holt McCallany, and Stacy Keach doing his best work since Fat City. Great reviews! One season. Over. (On reflection, maybe it wasn’t the wisest idea to name the program Lights Out.)

That wasn’t the only series FX had last year that bit it quick, though.

The quirky crime drama Terriers went down so hard and fast I didn’t even have time to figure out how much I liked it. Kickass title song, too:

Again, the title didn’t help. The show had nothing to do with dogs—it was the two heroes’ “scrappy” temperament that inspired the name. Its audience base was passionately loyal, just unacceptably small. Some claim the show’s demise was due to lame marketing, but there were those who thought its low ratings were due to the most unforgivable element a show can possess: subtlety.

Prior to those one-and-done knockouts, I was smitten by:

NBC’s Boomtown—once again, rave reviews but poor ratings. So the network heads played Einstein and neutered the program’s unique, ingenious premise: Telling the same story from multiple, contrasting, at times irreconcilable points of view. After the boneheaded tweaking, the numbers tanked even further, and the show died two episodes into its second season.

The excellent Canadian crime drama Intelligence, from the same team that created the equally superb DaVinci’s Inquest. Intelligence did indeed live up to its name, and managed to survive a comparatively interminable two seasons.

All of these programs were inspired, smart, well-written, critically acclaimed efforts with great performances by gifted actors—and as soon as you can say “ratings whore” they were chasing tumbleweeds into the abyss.

Then again, it’s hardly a stunning surprise I fall for programs typically described by TV Guide as “the best show nobody’s watching”—the outliers, the best-kept secrets, the obscurities, the forgotten gems.

The highly respected and widely unknown.

That’s pretty much the lowdown on my books.

What say you, Murderateros: Which TV programs have you simply loved only to find out they weren’t going to make it past the honeymoon?

What critically acclaimed but overlooked films or out-of-print books would you like to tout?

Sound off! Augment the audience! Crank up the crowd! 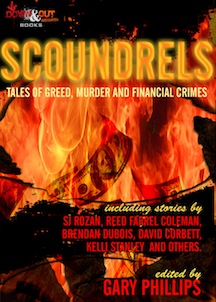 Jukebox Hero of the Week: Speaking of highly respected but widely unknown, here’s a tune from a musician I’ll bet a number of you have never heard of—I’m ashamed to admit I hadn’t till recently—but he’s been around for quite a while and he’s sneakily, eerily, jaw-droppingly good: Otis Taylor.