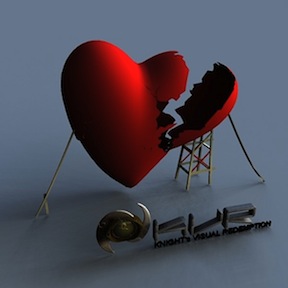 Zoë Sharp recently posted an excellent piece on the question of why we—meaning you, me, and the shy, skulking, blinky stranger in the threadbare overcoat crouching over there in the corner with the thumb-worn paperback—why we, dear friends, read crime fiction.

Given a natural, almost irrepressible inclination to let my mind wander and generally, hopelessly digress, I soon found myself mentally drifting into the conjectural weeds, wondering about a related question:

Why do we write crime fiction?

I’m hoping all my fellow Murderateros chime in on this, because I have a nagging little notion that the answers will prove not just revealing but jaw-dropping.

I hope the dozens-to-hundreds of the rest you toiling away in the crime fiction boiler room—whether famous or obscure, published or soon-to-be-published or dreaming-of-being-published or willing-to-kill-to-get-published—will also pipe up and be heard. Why oh why do you do it?

I can only speak for myself, of course, and what purpose would generalizations serve? So here is my sad and sordid tale, my ars poetica.

Let me take you back to the tranquil midwestern burg known as Columbus, Ohio—a great place to raise a family, it was often said. Or brew up a first-rate neurosis. Everything of any import, I was convinced, happened elsewhere. In particular, it happened in books.

I was a brainy, tubby, near-sighted kid who read voraciously, tirelessly, endlessly, so much so my less print-bedazed brother considered me an excellent target for mockery, torment and contempt. To little avail. I devoured the Hardy Boys and Danny Dunn and the We Were There novels—We Were There at the Battle of the Bulge, We Were There on the Chisolm Trail, We Were There at the Oklahoma Land Rush—and the Random House American history set that taught me about everything from Buffalo Bill’s Wild West Show to the U.S. Marine assault at Belleau Wood. I had the kind of knowledge that would serve me well later as a PI—a thousand miles wide and two inches deep. All of it from books.

Meanwhile, there was a gas station in my neighborhood run by the Moro brothers who always bought the change from my paper route, and once that transaction was complete I normally bought a soda from the machine and a candy bar and hung out for a while. Though not exactly Tom and Ray Magliozzi—NPR’s infamous Click and Clack from Car Talk—Jimmy and Johnny Moro weren’t far off, and they mesmerized me. They were earthy, funny, fouled with grease and full of fun. They laughed loud and seemed to possess that rarest of gifts I so wanted to share: They lived.

I wondered if it wasn’t an Italian thing, for I saw much the same kind of gioia di vivere at my buddy Vince Milletello’s house, even though he was even pudgier than me. His mom and aunts were gorgeous, their husbands charismatic, the food incredible—I didn’t know why everybody didn’t hang out at that house. (Mrs. Milletello was constantly trying to get me to go home, to the point, on occasion, of shaking her shoe.)

These people just lived larger than my family did. In my home, anything remotely emotional remained studiously in check—until unleashed by alcohol, or uncorked by rage.

This resulted in the all too familiar fate of the bookworm: self-loathing. I was convinced an essential piece to the puzzle of life was by its very nature nowhere to be found—by me. And it was the piece that had to do with the dirty business known as Life As It Is, not Life As It Appears In Books.

My egg-headedness began paying dividends, though, at least in attention from teachers—I still got the usual ragging crap from classmates—and I embraced my IQ as the quintessential essence of my life. Or at least the most direct way out of puberty. I was the guy who got straight A’s, but with a bit of a mouth, the class clown attitude, a rough edge here and there. I was never top of my class but always close. And in the pit of my black little soul, I sensed that any hope I had of getting a girl, it would probably be because I was so doggone smart.

But I was also musical, played guitar in the campus coffeehouses, and then took a year off from THE Ohio State University to join a bar band, touring Midwestern backwaters like Beckley, West Virginia; Lima, Ohio; Kokomo, Indiana; Midland, Michigan.

It was a formative time. I met many cocktail waitresses.

(If you want an idea of what one of our signature tunes was, go here.)

I returned to college and somehow bumbled my way into a math major. I was the department freak—a hippy entranced with diophantine equations and Fermat’s Last Theorem. I continued playing in coffeehouses, dabbled in writing, won a poetry prize (figure that one out), hung out with dancers—I mean, who wouldn’t?—and was basically on a collision course with full-blown academe.

But I had no clue what to do as a graduate student. I threw a dart, hit linguistics—a perfect marriage of my fascination with language and my scientific soul—and won a full scholarship to U.C. Berkeley.

Within a matter of weeks, I was drowning in doubt and my own lack of talent, not to mention a serious deficiency of oomph. I saw the life my professors were living—marrying young, the girl across the table in the library, then divorcing at 40, lustily chasing their students—and I ran screaming. On some deep level I knew I had to climb down out of the ivory tower and wander the world. Get my heart broken, my nose bloodied.

But I still had that artistic itch, so after leaving school I studied acting and began writing short stories. Ironically, it was two of my friends from acting school who turned me on to the PI firm where I would spend the next thirteen years of my life. One friend worked as a receptionist, the other as a stringer (serving subpoenas, spending hours in his car conducting surveillance), and they both made it clear—if I wanted to write, I couldn’t beat this job for material.

I bugged the owners of the firm, Jack Palladino and Sandra Sutherland, for nine months, and was finally hired because I wore them down (they graciously referred to me as the most persistent applicant they’d ever had—persistence, incidentally, being of far more use to a PI than anything else). As for my writing, I told myself: These will be my years at sea. What I saw and did would provide not just the subject matter but the texture and worldview that would inform everything I wrote for the rest of my life.

The job rooted me to the real world like nothing had before. I was now working for men and women whose freedom, life-savings, even their very lives were at risk. Half measures wouldn’t do. The stakes were high and the lights were on. I loved it, like no other job I’d ever had. I felt like I could finally go back home, walk into the Moro brothers’ gas station and not feel like a phony. I was no longer waiting for my life. I’d found it.

Up to this point, no joke, I hadn’t picked up a crime novel since the Hardy Boys. I associated crime fiction with B movies, fun but campy, and preferred Kafka and Borges and Robbe-Grillet, Pinter and Stoppard. Now that I was actually working in the world of crime, I figured: Oh, what the hell. I picked up Chandler’s The Long Goodbye. Shortly thereafter I devoured Cain’s Double Indemnity, and then the clincher, James Crumley’s The Wrong Case.

No, I wasn’t hooked. But I got it. And the point hit home in a way it hadn’t before. I saw the world I knew, the world of the justice system—witnesses, criminals, victims and cops, snitches and lawyers—transplanted to a literary landscape, a smart one (of course, I couldn’t give up that), and my artistic sensibility and my real-world existence had finally meshed in a way they never had before.

Here was the literary representation of the authenticity I’d been craving since my boyhood, the world where people didn’t think about life, they lived it. Yeah, sure, they existed in books, so sue me. Or shoot me. The characters in those books suffered the terror of their smallness before the crushing wheel of power, they fought and even killed for just a little more, they needed, they craved, they believed, they despaired. Justice might be small but it was everything. And even the most cynical had an inner fire.

Due to the heritage of American realism, there was a convincing lack of prettiness, a sharpness, a directness and hard-edged simplicity that rang true for me. I didn’t completely forego lyricism but the mode was now decidedly minor. And though I didn’t give up on literary fiction I needed the edge I found in crime, that same lack of sentiment, that commitment to a life faced squarely and lived fully, damn the bloody noses and broken hearts.

Please chime in: Why do you write crime? And if you don’t write, what do you expect from the crime writers you read that you don’t expect from others?

Jukebox Hero of the Week: My own music career was behind me when Steve Earle came out with “Copperhead Road,” but on one of my very first author panels—which I got to share with both Laurie King and Michael Connelly—I admitted that this song probably had as much influence on me as writer as anything I’d ever read. Still does: