As today is American Independence Day (and because, quite frankly, having just blogged here yesterday, I don’t have a clue what else to do), I thought I’d model today’s post after those gigantic assortment packs of fireworks your neighbors like to buy in order to celebrate the holiday like the Allies attacking the beach on D-Day.  You know, assortment packs like this one: 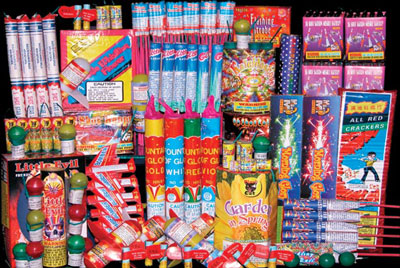 None of the following subjects of conversation, in my estimation, are weighty enough to build an entire post around, but in combination they just might make for a decent read.  (Hope springs eternal.)  So without further ado, I hereby offer this hodgepodge of ruminations, some only tenuously related to the writing life, each representing an individual item commonly found in said fireworks assortment . . .

(Oh, and BTW – If these amateur munitions are illegal to set off within Los Angeles city limits, why does my South Pasadena neighborhood already sound like a Battle at Gettysburg reenactment every night after 6 PM?  Can somebody please tell me?) 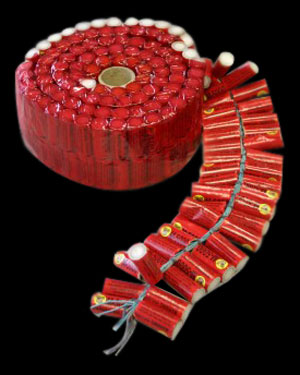 Maybe some of you have noticed that I’ve been conspicuously quiet lately regarding the posts of my fellow Murderati authors.  It’s not that they haven’t moved me to think, I promise you.  It’s just that I’ve been busy as hell and haven’t been able to find the time to offer my reactions.  Alex’s recent post about how much output is too little for an author trying to make a living in today’s e-book dominated marketplace, and David’s ensuing response to it, have been particularly deserving of my attention.

So I’ll offer my thoughts on the subject now.

David wrote:  “. . . with each book, I’ve tried to write, if not a masterpiece, a book that at least tries to measure up to the greatest books about crime that I’ve read: The Long Goodbye, Cutter & Bone, Bellman & True, Nightmare Alley, Dog Soldiers, God’s Pocket, Clockers, The Long Firm, to name a scant few.”

I can so relate to this.  I think I do the same thing — but not all the time.  Sometimes, I know damn good and well that my WIP at the moment is something well short of a masterpiece, and that’s perfectly fine, because all I’m really aiming for is a small gem.  Small gems are masterpieces in their own right, relative to their most applicable genre or sub-genre.

I don’t think every author should be expected to set the bar at “masterpiece,” each and every time out.   But he should settle for nothing less than his best work, within the parameters of the kind of book he’s attempting to write.  That is what I’m always committed to doing, and like David, I obsess endlessly over every word in the pursuit of that goal.

Could I write faster than I do at present?  Oh, yes.  Faster and better?  Uh, no.

If I thought I could afford to publish (or contract to have published) anything that didn’t represent the absolute best writing I’m capable of producing, I might be willing to speed things up a little and take my chances with the resulting work.  But that’s a risk I’m just not prepared to take.  You only get one chance to impress with most readers; blow that chance by giving them something to read that was rushed into print simply to meet a determined annual rate of output and you’re screwed.  One book a year or five, mediocrity is not going to buy you the loyal readership you seek. 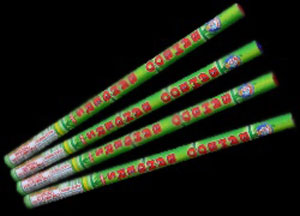 The following are five books I hope to read this summer, simply because I think I might enjoy them, and not because any are likely to make me a better person, or give me a greater appreciation for the use of florid language in stories altogether lacking a plot.

THE SISTERS BROTHERS – Patrick DeWitt
This just sounds like too much fun not to read. 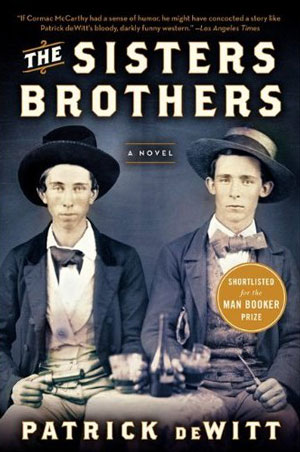 THE END OF EVERYTHING – Megan Abbott
I’d read this one for the title and cover art alone. 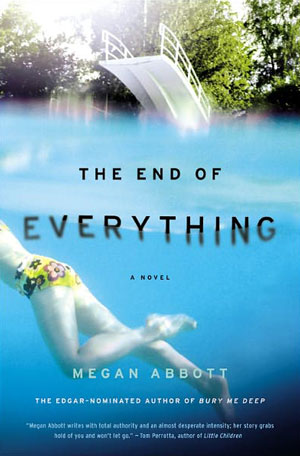 DIAMOND RUBY – Joseph Wallace
Baseball and a smart, headstrong young woman who knows how to play it, both in a YA novel suitable for adults.  What’s not to love? 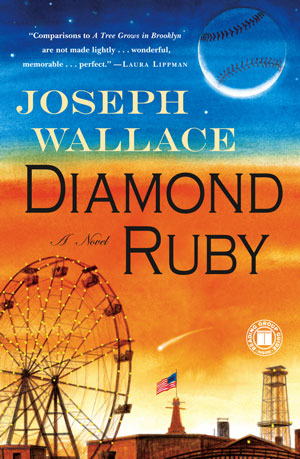 CLAIRE DEWITT AND THE CITY OF THE DEAD – Sara Gran
Sara Gran will be reading from this at the NOIR AT THE BAR party in Los Angeles later this month.  I hope to have the book read in time for her to sign my copy. 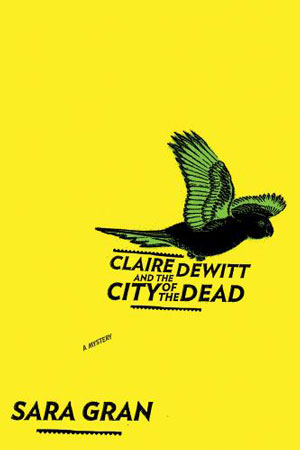 IN THE GARDEN OF BEASTS – Erik Larson
I read Larson’s THUNDERSTRUCK and couldn’t put it down.  This book sounds even better. 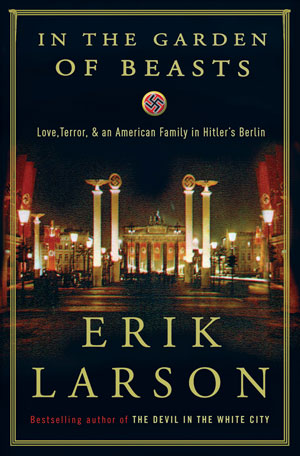 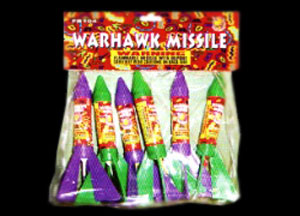 Missiles – Books I Know I Should Read, But Will Probably Never Get Around To Cracking

I’d be a smarter, wiser, more culturally informed person if I read these “must reads,” I’m sure.  But I fear time’s running out.

To answer your question, yes.  I am ashamed.

ON THE ROAD – Jack Kerouak

Please don’t hate me, Stephen.  But poetry has always given me the hives.

The late author was a good if distant friend before her passing, but I never read her, acclaimed as her speculative fiction was.

HARRY POTTER AND THE (Fill in the Blank) – J.K. Rowling

Yes, this is absurd.  My wife and children live and breathe these books, I can’t take three steps in our house without tripping over a hardcopy of one of them, and yet I’ve never gotten more than a third of the way into the first installment.  Am I nuts?

If I could get the image of Mia Farrow (whom I’ve never cared for) as Daisy Buchanan out of my head, I might find the will to give this classic a try.  But I can’t.  I just can’t. 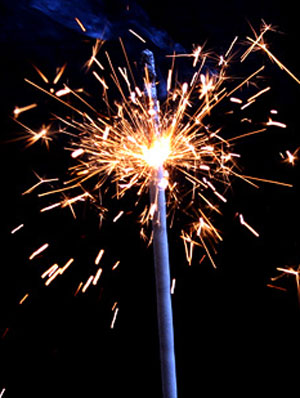 Sparklers – Reading Just for Fun – What a Concept!

It’s been a long time since I’ve tried any form of fantasy fiction, but the HBO series GAME OF THRONES got me to thinking about reading at least one of the books by George R. R. Martin on which the show is based. 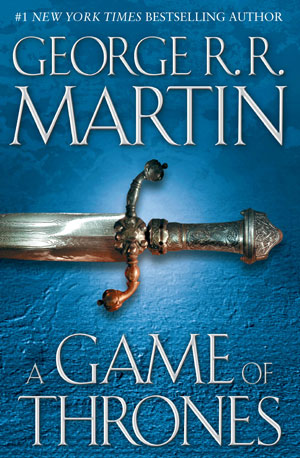 So I bought myself a copy of the first, aptly titled A GAME OF THRONES, and I haven’t put the damn thing down since.  Epic tomes of this dimension usually intimidate me all to hell, but I’m racing through this book like my life depends on it.  Martin can flat out write: you name it — memorable characters, crisp prose, smart and funny dialogue that rings true — it’s all here.  Reading for pleasure has never been so . . . well, pleasurable!

Questions for the Class: What would your own literary Fourth of July “fireworks assortment” look like?

2 thoughts on “BLOGGED ON THE FOURTH OF JULY”

@succubaked420 Had to read to the end to confirm because it's so believable.