Miss JT Crankypants started this, so okay, my turn.   I admit to some holiday blues here.

– Probably all the staggering amounts of food, for one thing – always makes me nervous and irritable.

– People like Pari with her latkes and  JT with her Christmas cards, making me feel guilty and inadequate.   😉  There’s no one I want to poison – yet – but the fact is that I am JUST NOT a homebody, so any holiday that revolves around decorating, baking, shopping, and obligatory writing of greeting cards is bound to give me the hives.  My friends know I love them.  I hope.  They know I love them enough not to cook for them, anyway.

– Another anxiety creator – that feeling of the year suddenly ending with so many things undone (and yeah, okay, a couple of things done that shouldn’t have been done, and no way to undo without becoming a Catholic).

Truthfully, I grew up with not much religion.  At all.   My parents, both of the scientific mind (despite some pretty typical religious training for their generation) are two of the most agnostic people you are ever likely to meet.   My siblings and I were not forced to any particular church as children; instead, our parents encouraged religious promiscuity – meaning, whatever friend’s house was the slumber party for the weekend, we’d end up at that friend’s house of worship in the morning, whatever that was.   Or – not.

I was really a lot better about Christmas when I had singing to do.  When I was in middle school, through college and those undefined and fucked up but kinda great years after college, Christmas was all about choir rehearsals and holiday performances, the obligatory but ecstatic gang-bang Messiah, and all that endless caroling, including impromptu a cappella breakouts into song on San Francisco cable cars, magical!!! I didn’t have to THINK about Christmas – I just FELT it, in the music.

Nowadays, I don’t have any formal singing to do, I don’t have any children to create a Christmas myth for, and there’s just too damn much chocolate around, leering and beckoning.  (“Everyone’s wearing sweaters this time of year anyway… no one’s going to notice…”  Oh yeah, right.)

Luckily, the antidote is clear.  The best thing about Christmas, besides champagne, is Christmas movies (and okay, what I really mean is HOLIDAY movies, but when I say Christmas I say it as a total pagan, so just back off).

Used to show it to my gang kids in prison school – it remains one of the all-time highlights of my life to see those kids start out whining that I was showing them a black and white film and then watch them fall under this movie’s spell.   Oh man, did they GET it.

The ultimate escapist fantasy.    Yes, let me make a living doing 12 live shows a year, simultaneously keeping two men at my beck and call, one who sings, one who dances.   Where do I sign?    Best line:   “But I do love you, Jim.  I love everybody.”   Best song:   “Be Careful, It’s My Heart”.   Best dance – Fred and the firecrackers.   Best moment: Marjorie Reynolds trying to look contented with Bing Crosby while Fred is dancing up a storm with Virginia Dale.

See above, plus Jimmy Stewart, and the brilliant and under-known Ruth Hussey  (“Oh, I just photograph well.”) and Virginia Weidler as the weirdest little sister on the planet (“I did it.  I did it ALL.”)   Not a holiday movie, per se, but if you’re looking for cheer…

Best Christmas musical soundtrack there is – one great song after
another – only the whole thing makes me cry so hard I generally end up
avoiding it.

BBC series written by and starring John Cleese and Connie Booth, with Cleese as the most incompetent innkeeper in the history of innkeeping.  The entire series is genius, every single episode – not exactly holiday themed, either, but guaranteed healer of depression and all other ills.   Be prepared to laugh until you’re sick.

My brother turned the fam onto AB FAB and now it just wouldn’t be a holiday without Patsy and Eddy and Saffy.   Sin is in, sweetie.

Okay, so I’m not technically a Christian or anything, but I can see God in those two shows.

So give.   What movies mean Christmas, or the equivalent, to YOU?

@elizabethlittle Can my personal essay be about how I'm dead after reading this? Love you!

@alex_segura Tough a !-less "happy birthday" is okay if it's a multi-sentence message. E.g., "Happy Birthday, Alex. I hope it's perfect!" 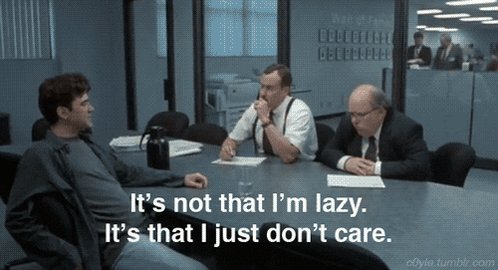 @badler Is this an age thing? Because NYers know the Naked Cowboy.

Reply on TwitterRetweet on TwitterLike on Twitter22Twitter
Load More...