This summer, former bouncer Darryl Littlejohn was sentenced to life without parole for the brutal murder of 24-year-old graduate student Imette St. Guillen.  Imposed consecutively to a separate 25-year-to-life sentence for kidnapping a Queens woman, the judgment guarantees that Littlejohn will never be free to victimize another woman again.  But behind the evolution of one criminal case, and even beyond the life of the beautiful young woman whose face temporarily emblazoned the front pages of newspapers and the sides of light poles in New York City, is a cautionary tale for all women.

Today’s women have learned lessons from the crime victims of previous decades.  No hitchhiking.  No late-night shortcuts through darkened alleys.  Check the peephole if you’re going to open the front door.  Walk through the parking lot with alarm key in hand.  And no rides from strangers, even ones as handsome as Ted Bundy.

But then that photograph of another missing woman reminds us: Despite the usual precautions, sometimes we allow ourselves to be vulnerable.  Imette St. Guillen found herself in a predator’s path when closing time came at the Falls Bar, an upscale Soho tavern with brown leather banquettes, dark wood accents, and a menu featuring Kobe-beef and lobster burgers.  She’d celebrated her birthday with a girlfriend, but when her friend headed home, she remained behind alone.

Four months after St. Guillen’s murder, eighteen-year-old New Jersey student Jennifer Moore was abducted from the West Side Highway.  She’d been drinking with a friend at Guest House, a Chelsea club described by New York Magazine as an “intimate” and “posh boite,” where a patron sporting “sunglasses and stilettos (and exhibiting a good deal of flesh)” might “step out of a canary-yellow Lamborghini” and “snag a reserved table for bottle service.”  But Jennifer Moore had neither a Lamborghini nor a driver to meet her at the curb.  She was a passenger in her girlfriend’s illegally parked car, which the city first ticketed, then towed, and then refused to release to the girls because of their intoxication.  When her friend passed out at the impound lot, Moore walked off alone.  Her accused killer, drifter Draymond Coleman, still awaits trial three years later. 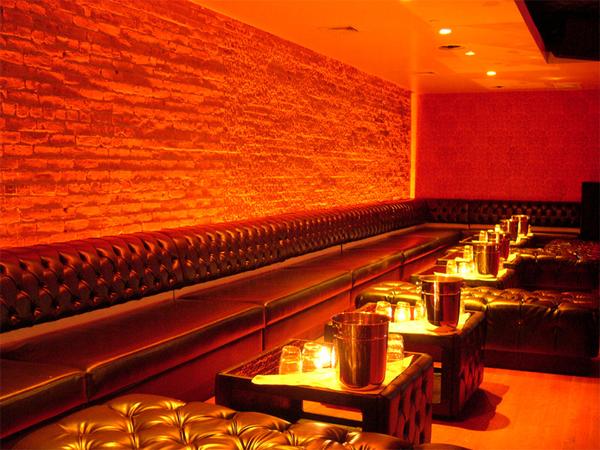 Currently the search continues for missing 25-year-old Laura Garza, who was last seen leaving the club Marquee at 4 am on December 3 with a convicted sex offender named Michael Mele.  The New York Daily News described Marquee as “ritzy” and Mele as “flashy, often decked out in expensive clothes and driving a sports car.”  Prosecutors are considering indicting Mele for murder, even if Garza’s body is never found.

Paris Hilton, Lindsay Lohan, Ashlee Simpson, and Pete Wentz have all been spotted at club Marquee

I can’t be the only one who sees a trend.

In the opening scene of my novel, Angel’s Tip, Indiana college student Chelsea Hart is celebrating the final night of spring break at Pulse, a hot-ticket club in the Meatpacking District.  A few hours and several drinks later, her friends are ready to call it quits, but Chelsea stays behind to have one last drink.  Joggers find her body near the East River the next morning.

The media widely reported that Angel’s Tip was based on the murder of Imette St. Guillen.  However, that opening scene could have been based on any one of the same scenes I see repeating every weekend in my neighborhood in lower Manhattan: some young woman — dressed to kill, drunk out of her mind – splitting off from her friends.  The friends looking back with a worried expression.  The girl assuring them she’ll be fine.

It’s easy for me now – married, in my late thirties – to shake my head with wisdom.  To dole out advice to my female students.  To write about this.

But I remember.  I remember being those girls.  Sometimes I was the one begging my friend to come home because I couldn’t hold myself upright anymore but couldn’t stand the thought of leaving her alone.  And sometimes I was the stumbling drunk, so sure I could look after myself, so certain the guy I’d just met was worth the late night.

I was lucky.  So were most of my friends – not all of them, to be sure, but even those survived.  And then there are the women like Imette St. Guillen, Jennifer Moore, and most likely Natalee Holloway and Laura Garza, who don’t.

I want to be absolutely clear here.  This isn’t about blame.  No one asks to be victimized, and women don’t bring this onto themselves.  This summer’s murder of Eridania Rodriguez demonstrates that we can only control so much.  The working mother disappeared not from an A-list nightclub, but from the eighth floor of the secured skyscraper she was cleaning.  Her body was found in an air duct four floors up.  An elevator operator has been charged with her murder.  Predators exist.  Like bolts of lightning, they will occasionally strike.

But although lightning may be hard to predict, it is not random.  Neither is crime.  Why does a generation of women who lock their doors, check peepholes, and carry alarm keys continue to wander off alone at closing time?

Because we feel safe.  In a darkened alley or an empty parking lot, we know to put our guard up.  We know to be street smart.  But our preferred nightlife spots change all that.  The red velvet rope.  The discerning doorman perusing the waiting crowd, selecting those fortunate enough to enter.  The so-called VIP lounges that provide yet another layer to the selection process.  The eighteen-dollar martinis.  Bottle service for the truly pampered.  The alcohol allows us to fall further into the fantasy.  And in the fantasy, everyone in the club is “in the club” – beautiful, upscale, safe.

But that bouncer doing the screening could be Darryl Littlejohn.  The cute guy you’re dancing with could be Michael Mele.  The man who helps you hail a cab at 4 am could be Draymond Coleman.

If you’re like me — if you’re a woman who has ever let her guard down — don’t wait until the next missing woman’s photograph is on the front page to feel lucky.   And the next time you go out, don’t press your luck.  Drink in moderation.  Stay with your friends.  And don’t fall for the hype.

26 thoughts on “Behind the Velvet Rope”