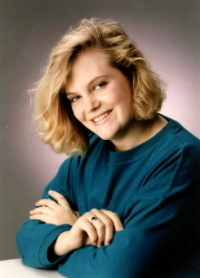 I remember when I heard about Kaitlyn Arquette’s murder. It was 1989 and I worked in PR at St. Joseph Healthcare Corporation. My office was just a few blocks from the gas station where Kaitlyn was shot in the back of the head. Hell, I’d gotten gas there, had parked on the same stretch of crappy real estate where her car came to rest after being run off the road.

The murder was too close somehow. Too unthinkable. How could this 18-year-old, beautiful, bright girl be killed like that? It also sat horridly in my heart because one of my good friends still lived with the unresolved questions surrounding her sister’s murder more than a decade before.

Two young women, alone on a dark night, each murdered in cold blood. And no one could explain why.

In Kait’s case, after a few months the police claimed the murder was a random drive-by. But for some reason, the questions surrounding Kait’s murder didn’t go away. People I knew and respected whispered about police cover-ups, insurance scams, Vietnamese gangs, witness intimidation. In the newspapers and on television, Kait’s mother, Lois Duncan, talked about uncovering forensic evidence that refuted the idea that the murder could possibly have been random . . . or a drive-by.

A prolific and award-winning YA author, Duncan wrote a book in 1992 that cast serious doubt on the investigation and its conclusions. She did the national media circuit, verbally sparring with reps from the Albuquerque Police Department and the DA’s office. (Robert Schwartz was the DA at the time.) Those appearances on Good Morning America, Unsolved Mysteries, Sally Jessy Raphael and Larry King breathed new life into the investigation  . . . for a little while.

Kaitlyn Arquette isn’t front-page news anymore. The corner on the busy street near Albuquerque’s downtown looks as innocuous as ever.

And more than 20 years later, Kait’s family remains convinced the shooting was absolutely NOT a random drive-by. Is this irrational grief? Are they deluding themselves?

The police still stand by their investigation and conclusions. Are they right? Or was there malfeasance that should be looked at anew?

I don’t know. But I think that there are too many valid unanswered questions. I also know that the Arquettes didn’t start out as conspiracy nuts. They were just a regular family not angry at or suspicious of the police. Through the years, with reason, they became disillusioned.

Lois and I have known each other tangentially for years – one-to-two degrees of separation. We reconnected more recently on Facebook. Two weeks ago she told me that someone had set up a Kaitlyn Arquette channel on Youtube. You can watch some of the media clips there and judge for yourself.

As a parent, my heart aches for the Lois Duncan’s continued pain at the loss of her daughter. As a mystery writer who basically has tremendous faith and respect for law enforcement, I can’t ignore the questions Lois, her family, and credible private investigators have raised.

Decades ago when Larry King asked Lois what she possibly hoped to accomplish by keeping the investigation alive, she answered simply that her Kait deserved the truth.

She does.
My friend’s family does.
Everyone does.

So, look at the website and media clips.  If by some strange coincidence, you have information on this case, please contact Lois here. Who knows? Maybe you know more than you think.