Many authors kvetch and scream and cry about the changing world of publishing. They worry about the shrinking market for hardcover and paperback releases, the reduction in the number of publishing deals, the reluctance for publishers to support an author’s desire to deviate from the strict guidelines of their genre, the shrinking size of their advances. Many authors, myself included, seem stuck in a quagmire between old world tradition and new world opportunity.

There are also a number of authors who push forward, paving the way for the rest of us to proceed. They put in the hard, hard work necessary to take control of their careers, freeing themselves from the rules and restrictions placed on authors since the first days of publishing.

Brett Battles is one of these authors. What Brett has been able to accomplish in just a year’s time has given hope to all of us. In my opinion, Brett is one of the leaders of the new age of self-publishing, and he comes to it after a successful (and frustrating) career as a traditionally published author. Brett speaks from experience and he speaks from the heart.

I am honored to reintroduce my good friend and fellow Murderati, Brett Battles… 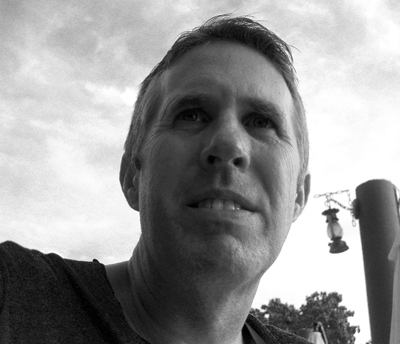 Hello Murderati! Nice to pop back for a visit.

It’s been an interesting year since I was last here. I call it my Wild eBook Adventure, and Steve thought you might like to hear about it and what I’ve learned along the way.

Twelve months ago, I had one simple goal: To continue to be able to write full time.

Looking at the publishing landscape, it was clear that if I was going to accomplish that, it wouldn’t be by the same means I’d used in the past, i.e. via a traditional deal. The dollars were getting smaller, and who knew how long it might take to hook up with a new publisher (assuming I could.) As I saw it, ebooks could provide me the opportunity I was looking for. No, I didn’t think it was guaranteed, but I felt it was well worth the try.

When I left Murderati last June, I had just released my first three self-published titles: LITTLE GIRL GONE, SICK, and HERE COMES MR. TROUBLE. Thankfully, they began selling right away, and I was actually making some decent money. It wasn’t enough to live on though. To do that, I needed to have more titles for sale, and I don’t mean just one or two.

Putting the old nose to the grindstone, I set a schedule that has seen me release six more novels between last June and today (my latest, PALE HORSE, came out over the weekend). Yes, that’s a lot, but it plays directly to what I’ve learned about the ebook world. 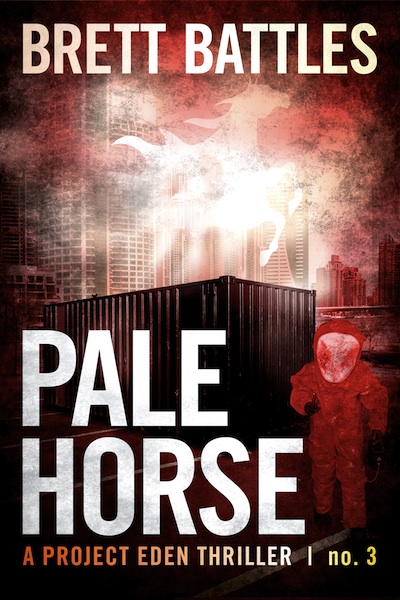 And what would that be you ask? Here you go, the top six in no particular order:

• Nothing is more important that writing a good book. That sounds obvious, but it needs to be said.

• Editing, especially copy editing, is not a step to ever be taken lightly. Pay the money. It’s worth the cost

• Covers are incredibly important. A cover should look like it could be on a book out of one of the Big 6. Pay the money. It’s worth the cost.

• Your virtual bookshelf is forever. The more (quality) work you get up there, the better you’re going to do. A book in a brick and mortar store is lucky to stay on a shelf for more than a month. In cyberspace, it never goes away, so if someone stumbles upon one of your books, likes it, then wants to buy more, they can do it immediately. AND they do.

• Experiment: with promo opportunities, with pricing, with covers, with product descriptions. A tweak to a book not selling this month, might help it sell well next.

For the rest of last year, as I worked to build up my virtual shelf, I struggled financially month-to-month. I mean really struggled. The ebook money was coming in at a nice rate, and was even increasing each month, but it was not enough yet to make my monthly nut, so I was using what savings I had to cover the difference. There was one month in the fall that was I down to less than I would need for rent, but the ebook month came in at the end of month and I squeezed by.

But then last November, I actually made more than I needed for the first time. I was numb when I realized this. Maybe, just maybe, this was going to work, and I would be able to keep doing what I loved full time.

To say this has been a better year than 2011 would be a massive understatement. I attributed that to a few things. The first and foremost: having more books up that people can purchase. This way no one title has to carry the load. Think of it as a small snowball rolling down the hill that is slowly growing and growing. The father it goes, the more formidable it becomes, taking on a life of its own. Second: changing my novel prices from $2.99 to $3.99. Both are low prices and there has been absolutely no fall off from the increase. Third: giving books away through the Kindle Select Program. This method has become a little more iffy lately, but what basically has happened in the past is that once you put your book in the program (giving Amazon a 90 day exclusive), two important things happen: one, Kindle Prime members can now borrow your book for free while Amazon will pay you an amount that is usually somewhere between $2.15 to 2.50 per book; and two, you can give your book away for free to anyone for up to 5 days during the 90 day period. If you’re able to give away a ton of copies (I’m talking 30 grand or more), and you can get in the top ten or so on the free list, there’s a good chance your book will go pretty high when it goes back on sale.

Sample: BECOMING QUINN. I gave it away for three days in early March, ending up with about 32,000 takers. By the end of the month I had sold over 6,000 copies, for which I make a little more than $2 a copy. You can do the math. Also note that my other titles continued to sell.

March was a very good month for me. As was April. As was May.

I mentioned that the giveaway seems a bit iffy now. In the last month or two, the giving away option isn’t always seeing quite the success on the selling front as it had before. Two exceptions to this are our own Rob Browne’s first self-published title TRIAL JUNKIES, and Ann Voss Peterson’s PUSHED TOO FAR. They’ve both done very well.

Because of this, I’ve decided to try it again. Blatant self promo part here: I’m giving away the Kindle version of my novel SICK, the first of my Project Eden Books, today through Thursday. You can click on this link and download it for free, no strings. I would actually appreciate it if you would. Every free download helps, and—BONUS—you’re going to get a book I think is one of the most suspenseful I’ve ever written.

I’m sure a lot of you are saying “I can’t write six books in a year.”

Don’t worry, we all write at our own pace (a pace that should not sacrifice quality). Just write at the pace you can and see if you can pick it up a bit. Instead of one book a year, try one and half or two.

Others might be saying, “But you already had a following, so you had a leg up. Didn’t you read that article where a majority of self-published authors aren’t even making $500 a year?”

Let’s talk about a following first. Yes, I do believe mine has helped, but I also know I have gained a ton of new readers I never had before who knew nothing about me. Also there are plenty of examples of authors who had no following and are now doing well. And I did see that article, and it didn’t surprise me. It depends on the genre someone’s writing (thrillers and romances do better than a lot of other areas), the quality of the work (refer back to the what I’ve learned list above), and how many titles they have available (same note).

Yeah, there’s probably some involved. But I believe we make our own luck. You’ve got to keep plugging away even if it’s not working right now, because I can guarantee one thing, if you don’t work hard at it (or whatever it is you want to do) you WILL fail.

Me, I’m still plugging away. Yes, I’ve had a few very good months, but I can’t just sit back and expect that to happen all the time. I need to continue to expand my virtual bookshelf. To that end, I’m in the middle of a personal three year plan where I’m trying to release at least four books a year. At some point in 2013 I’ll assess where I’m at and see if that pace needs to continue, but, no matter what, I still plan on putting out at least two or three a year for the rest of my life.

It’s kind of weird to just discuss this in financial terms, because I’m not doing it just for the money. I’d write whether I was getting paid or not. I can’t not write. Of all my (limited) skills, writing is what I do best. I’m not trying to claim I’m the best writer, just that when measuring my strengths, it’s at the top.

Okay, here are a few things I love about self-publishing in the new e-reality: 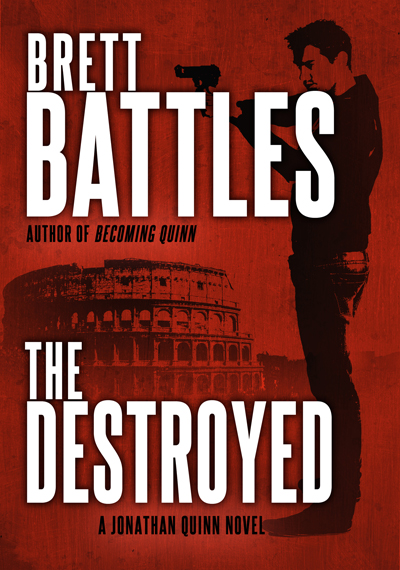 – A series never has to end until the AUTHOR wants it to.  In the past my popular Quinn series would prbably have died after I parted ways with my old publisher.  Now I can continue writing it as long as I want.  Case in point:  I’ve released BECOMING QUINN and just this last spring THE DESTROYED myself.

• The ability to release a book as soon as it’s ready. My books usually come out a day or two after the copy edit is done, and within a few months of when I actually started writing it in the first place. I love that.

• The ability to release as many books as I want in a given year. The only limitation is my own abilities.

• Controlling all the creative aspects of my book. Cover, editing, formatting, print versions, I either hire the people to help me or do the items I’m capable of myself (specifically formatting for ebook and print).

• Getting paid every month. Amazon and Barnes & Noble pay every month with a two month delay, meaning at the end of June I’ll receive the money I made in April, end of July the money from May, and so on.

Let me be clear. I don’t think everyone will be able to write full time, but I think this new world means that there will be more of us who can. And even those who aren’t able to achieve full-time status, a writer who puts out a good book or two a year could still make a nice extra income. Will some succeed and others fail? Yes. But, let’s be honest, that’s the same in traditional publishing. 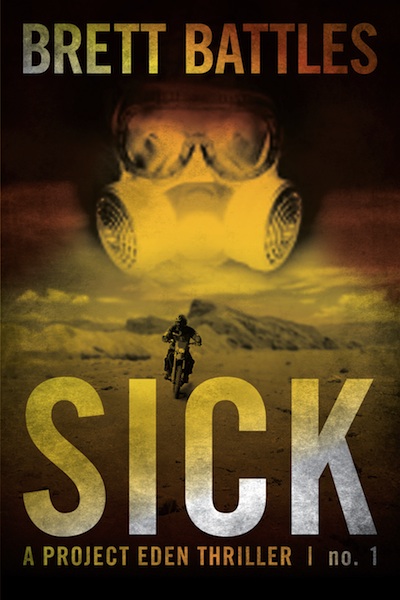 36 thoughts on “BATTLES REPORTS FROM THE FRONT LINES”