Hey, ‘Rati readers. Join me in welcoming this week’s guest, Stacey Cochran. Stacey is a go-getter suspense writer whose new book CLAWS was published last month. An avid proponent of self-publication, Stacey has been a frequent visitor to our blog and always has something interesting to say.

In his first post here, he’s decided to lighten things up a bit and have some fun . . . 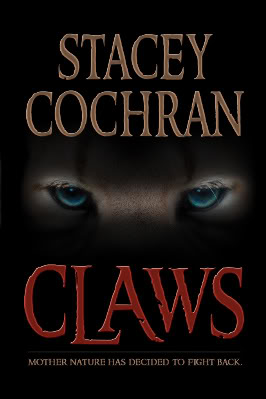 Today I’d like to talk about a topic of eminent importance to us all . . .

Seriously, I’m on tour for CLAWS and I’ve done, like, fifteen guest blogs in a row. So I thought I’d write about something other than my little-engine-that-couldn’t book.

Let’s talk about the worst fashion mistakes of our lives.

I had a rattail.

You remember those really bad redneck haircuts of the mid 80s where you would cut your hair in the back so that it hung down in a single line meant to resemble (like the name suggests) an actual rat’s tail. I recall my sixth-grade teacher very sincerely threatening to lop it off herself. In retrospect, maybe she should have.

That was probably the worst haircut of my life . . .

With the possible exception of the time I cut my hair in the seventh grade, by myself, with a pair of Mom’s orange-handled sewing scissors. That one was pretty bad, too, because I cut the front of my hair down to a nub while leaving the sides and back at varying lengths.

And then in high school, somehow I let my older brother at my hair with electric clippers. He started with a Mohawk, but it eventually led to a bald cut. This was, like, a month before prom and I was quite possibly the most awkward looking guy in my entire high school.

Rail thin (I think I weighed 135) and bald is a strange look for a seventeen-year-old. Talk about embarrassing.

Probably the worst fashion disaster of my life was my “camo” phase. Remember when camouflage was in? People would wear Army fatigues like they were jeans. I confess I had three pairs . . . and they went right alongside my parachute pants! (Those synthetic nylon pants that felt like you were wearing wax paper.) They always had zippers. Only my parents couldn’t really afford the trendier kind so I had to settle for the bargain bin version from K-Mart on Western Boulevard in Raleigh.

Oh . . . my . . . God! Picture a rail-thin kid with a bald head in a pair of camouflage pants and, usually, a football jersey that hung over my frame like a bed sheet. That was me!

And don’t forget the braces.

How do we ever make it out of that period in our lives? How did I not end up the Unibomber?

Friends,
Come back next week for guest blogger Carolyn Haines. See you then.
Pari