The first stage of the Crime Writers’ Association Debut Dagger has drawn to a close, with the deadline for entries past and entrants either taking a well earned rest or thinking about their next writing projects.  Over 450 hopeful crime writers have taken up the challenge to send a novel opening and synopsis in the hope of launching a career as a published author.

This is my first year of running the Competition and it is a very different literary adventure from writing.  The level of enthusiasm has been encouraging, not only from current entrants but previous ones. Several shortlisted authors from previous years contacted us with good news about progress and some kindly agreed to be interviewed in the newsletter.

Peggy Blair and Annie Hauxwell, shortlisted in 2010 and 2011 respectively, related news of publishing deals.  D J McIntosh credited the Debut Dagger as the spark which initiated her writing success, with her 2007 entry, The Witch of Babylon, on sale in twenty countries.  The 2011 winner, Michelle Rowe, has reported that her entry, What Hidden Lies, is to be published in South Africa in June.  They are not alone in international success.  Adrian Magson, shortlisted in 2001, is the author of three well received crime series and has been described by a British national newspaper as, “a classic crime star in the making”.

Two previous entrants came full circle as their careers progressed and other CWA Daggers beckoned.  Diane Janes, shortlisted twice in the Debut Dagger Competition, was one of four authors nominated for the John Creasey (New Blood) Dagger in 2010.  It was a good year for Debut Dagger authors.  The much coveted CWA Gold Dagger for that year went to Belinda Bauer, for her first novel, Blacklands, which had been highly commended in a previous competition.  Well done, all

The authors who spoke to me described opportunities the competition had offered.  This was not only through their being shortlisted but also what they had learned in developing their own writing.  Discipline was mentioned more than once, the importance of writing within the rules and to a set word count.  Several authors emphasised the importance of editing, ensuring your work is the best it can possibly be. Hopefully, these tips have been helpful, along with those in the Bulletins sent to subscribers.

Some have been kind enough to email expressing gratitude to the CWA for the competition.  One entrant, not yet shortlisted, described it as “a fun experience”. 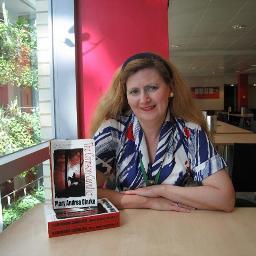 So what have I got out of it?  Admittedly, it’s slowed down my own writing a little.  However, with all entries in, I take a short breather to get back to my own book and have felt a renewed vigour.  Plot points with which I have struggled have now fallen into place and I’m on a roll as I get into my final chapter.  My bodysnatchers are on the trail and all being well, One Body Too Many will be in print before too long.  In the meantime, Georgiana Grey is still solving crime among the aristocrats and highwayman and will be back next time.

For those entrants waiting with bated breath, the initial read through is progressing.  The short list, which will be announced at Crimefest 2013 which runs from 30 May – 2 June.  See www.crimefest.com for more information.  Hope to see some of the entrants there.  Good luck to all and look forward to seeing some of those names in print.

1 thought on “Author in Waiting?”