It’s eighty degrees and I’m writing this from the newly remodeled Washington Square Park, where the fountain – now symmetrically aligned, thanks to Mayor Bloomberg — enthusiastically welcomes in summer by spraying bare-chested SPF’d children and apparently un-SPF’d ripple-abbed men (not that I noticed).

Perhaps because I’m typing this as a crazy-ass homeless dude in a multi-colored wig and butterfly-patterned skirt harangues me about the carry-out lunch that awaits my attention on the bench next to me,* I’ve decided that dog watching is a safer park habit than people watching.** But it’s nearly as interesting.

No day in Washington Square would be complete without the dogs. The big ones. Little ones. Happy ones. Neurotic ones.

And my afternoon of dog watching got me thinking about my relationships with pets. As some of you know, I have a special relationship with my French Bulldog, The Duffer. My tremendous respect for him is reflected even in his name. I wanted to call him Stacy Keach. My reasons should be self-evident. 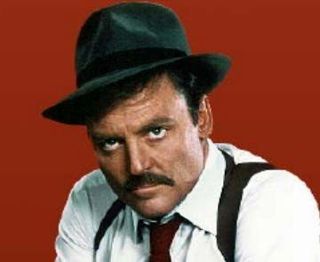 Stacy Keach and the Duffer (which is which?) 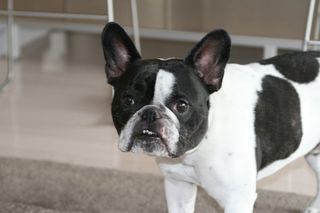 My  husband, however, was perplexed by the choice. “People will think a dog called Stacy is a girl.”

Um… so?  And, more importantly, we would not call him Stacy.  We would call him Stacy Keach. Every single time. Because that would be his name.  My husband put his foot down, but that didn’t mean I was going to cave for some stupid dog name. No Fidos or Fluffies here. But Duffer? Yeah, that might work. But only he had to be THE Duffer. All regal and stuff.

The Duffer’s my first dog, and I have to admit I’m still surprised by the love, affection, and empathy I have for my little friend — and which, yes, I believe he has for me. I truly believe he has moods and feelings and expressions that leap from that one-of-a-kind mug of his. I talk to him constantly and imagine what he would say back to me if only he could.

Does this make me insane? Maybe. Or more optimistically, maybe my internal (and sometimes external) running dialogue with the Duff is just a sign of my overactive imagination. Or it could be a recognition that animals, although lacking our ability for language, opposable thumbs, and fire making, have attributes that we chalk up to feelings and emotions in humans, but to our own imaginations in our pets.

I mean, is it not obvious that the dog in this photograph 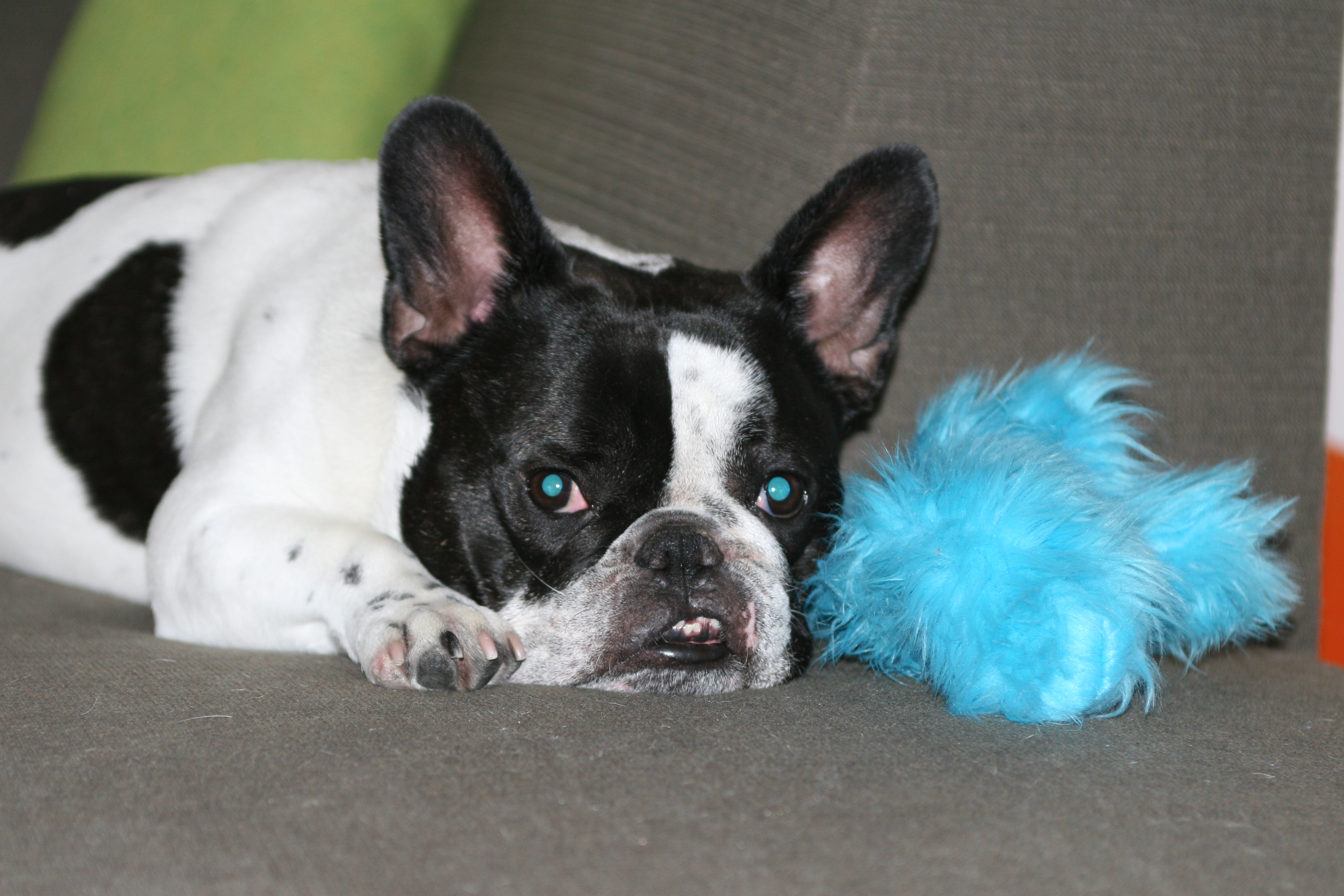 was in a different mood, and yet the very same silly beast at his core, as in this video? (Warning: NSFW)

Dogs are not alone in their unique personalities. My agent and his wife recently welcomed two new kittens into their home. One is named Ellie Hatcher, and her brother is called Mickey Haller. In light of her namesake (my series protagonist NYPD Detective Ellie Hatcher), I was rooting for Ellie to be one playful yet take-charge, bad-ass mo-fo of a cat. But guess what? It’s her twin brother Mickey (named for Michael Connelly’s Mickey Haller) who’s the rapscallion. If he were a human being, he’d wear overalls, carrying a peanut butter sandwich in one pocket, a slingshot in the other. Mickey’s the feline equivalent of Dennis the Menace. 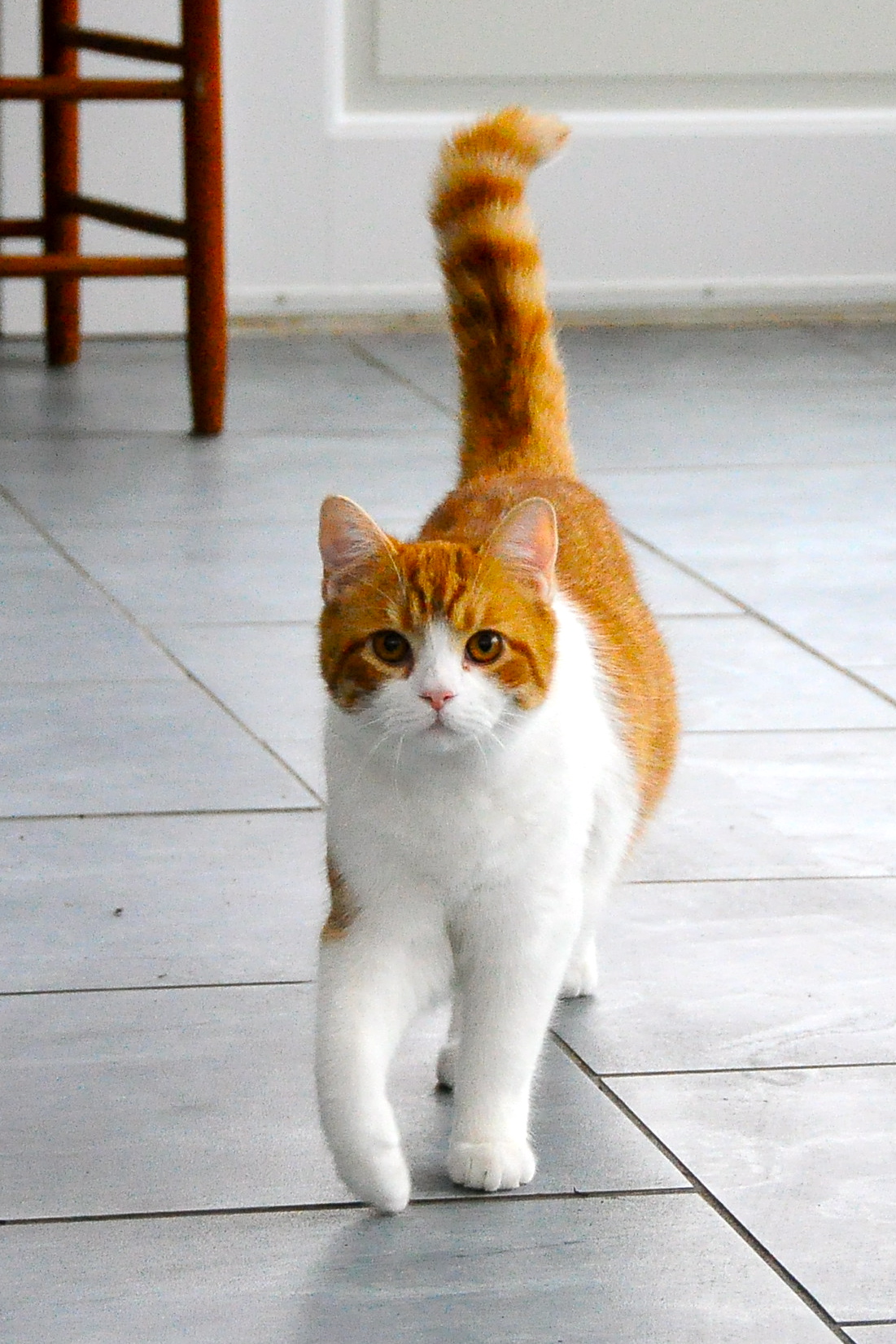 Ellie? She’s earnest. Tentative. Watchful. The kind of girl who’d tell on herself if she ever broke the rules. Sigh. 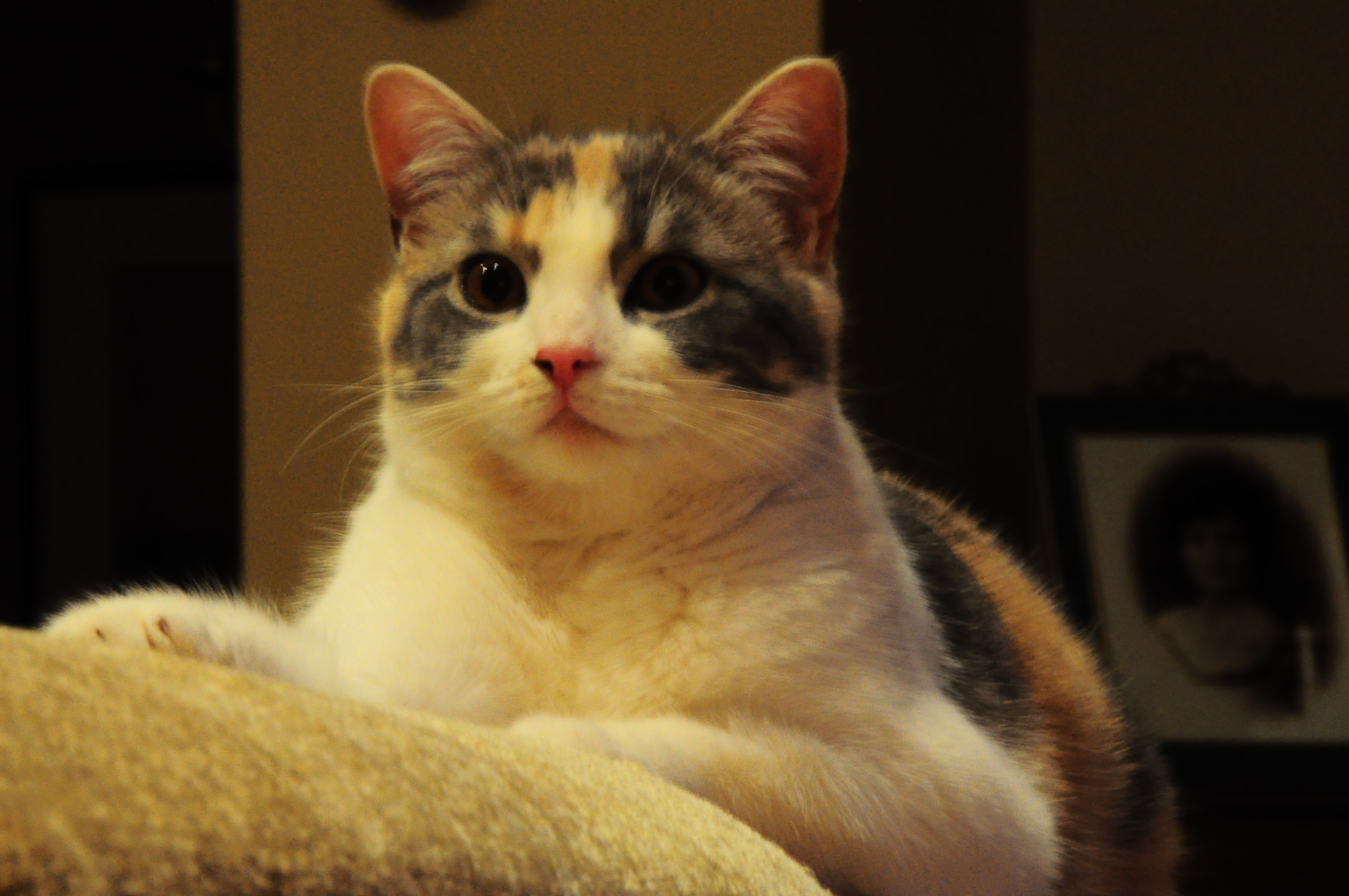 I’m not the only writer with pets on her mind these days. The wonderful Laura Lippman recently blogged about once helping out Reba, “a hang-dog dog, shy and mopy.”  (She’s following it up with a contest. Just post a memory about your favorite pet or pet name, and be entered for an advanced copy of her eagerly anticipated novel, I’d Know You Anywhere.)

Perhaps because we recognize that our pets have personalities, it’s no surprise that writers have looked to pets for fictional characters.  It’s fashionable these days to diss cozy mysteries where cats solve crimes, but some pretty damn good books occasionally make room for the non-human animals.  (Have you read Garth Stein’s The Art of Racing in the Rain?  The entire novel is narrated by a dog, and it’s actually good.  I kid you not.)

Sometimes the addition of a pet tells the reader something about its person.  Leave it to Stephanie Plum to find a best friend in Rex the hamster.  Readers also become attached to literary pets in their own right.  I’ve lost track of the number of times I’ve been asked whether James Lee Burke‘s daughter actually owned a three-legged racoon named Tripod.  (The answer, for the record, is no.)

I like to think I’ve created a true character in Vinnie, French bulldog pal to Samantha Kincaid.  I conjured Vinnie well before I was a dog owner myself. He’s a little lazy, likes his people, and makes loud, fast snorting noises like an old fat man when he eats. He’d sound like Buddy Hackett if he could talk.  And he finds endearing but frustrating ways of expressing his displeasure when Portland cop Chuck Forbes moves in.  (I’m not alone in my frenchie obsession.  The Kellerman family has a beautiful dog named Hugo, and Jonathon Kellerman‘s Alex Deleware has a frenchie as well.)

So, here’s my question for the day: Who are your favorite literary non-human animals?  What do they add to their books, either vis-a-vis the human characters or in their own right?  Which pets do you wish could talk, and what would they sound like and say?

*A further aside about the aforementioned homeless guy.  He wanted to know what I was going to use to eat my lunch.  “A fork,” I said.  His response?  “Well go fork yourself!”  Jesus, I love this city.

** In addition to dog-watching, I also got in some simultaneous people-walking. Random things that have happened at the park while I’ve been typing: A three-year-old banged his drumsticks on the bench next to me; two hand-to-hand drug deals (that I noticed, at least, though I haven’t been going out of my way to look for them); an orange-haired Asian kid nearly knocked a mohawk dude over with his hoola-hoop; and the little girl on the Razor scooter proudly declared, “I’m super really stinky.”  I swear, I’m not making this stuff up.  Today’s officially a great day.