The first thing I should say is that Cage of Bones is out this week in the States. Yep, the new Tania has arrived at last. There’s a link to it here. Hope you enjoy it.

That’s a beginning. Everything else in this column will be about endings.

The other thing to say is . . . the new Tania Carver novel is finished. Well, not finished finished, but finished.  You know, for now. It’s been handed in. I don’t think books are ever truly finished. Even when they’re on the shelves and have been reviewed and read and translated and re-jacketed and reissued and everything else that goes with them, they’re still not finished. Because I don’t think they ever can be.

There have been times when I’ve been doing a reading at an event and have stopped dead in the middle of the bit I’m doing. Why? Because I’m not happy with it. Because there’s always a better way to say things. Better sentence structure. More apposite words. A much more interesting or evocative turn of phrase. Something that shows a character in a new and/or surprising light. A more subtle way of saying something. Something like that.  Anything like that. And it’s too late to do anything about it.

I once read an interview with the brilliant Peter Gabriel where he stated that he never actually finished anything, it just had to be taken off him. And he’s right. I think you reach a tipping point on piece of work you’re doing, whether that’s a book, song, movie, whatever. You can keep refining and refining and polishing and polishing only up until that point. After that . . . oh dear. It’s like you’ve built something and instead of standing back to admire it you keep picking at it until it all collapses. Not good. The trick is in knowing where that point is and stopping there. Hopefully I get it right. But I’m sure I don’t all of the time. I’m sure I’ve come in under or gone over on several occasions. I’m sure we all have. Because nothing is ever truly finished.

One of the ways in which I know I’m approaching the end of a novel (and not just because it’s building up to a climax) is because routine sets in. I’m sure everyone does this to some degree and I’m sure everyone’s is different. Yet also quite similar in its way.

I’ve been getting up and writing in the mornings. A sure sign that the deadline is upon us as I usually don’t do that until the afternoons. And I always start the same: five games of freecell on the computer then off I go. Then when I’ve done my word count I’ve gone for a lunchtime swim. Thirty two lengths is half a mile. Then I’m out of there. While I’m driving back and forth to the pool I listen to the same songs every time, all by Bill Nelson. Here’s one of them:

Back to the desk and hitting the word count. Then once that’s done I watch an episode of something on DVD. Usually Gangsters, a 1970s tv show set in Birmingham. Then, if I’m feeling up to it, some more words. Then bed.  That’s my day. That’s how I know I’m near the end.

But just because I reach the end, as I said earlier, doesn’t mean its finished. It’s going to come from the editor with copious notes. And I wouldn’t want it any other way. They often know better than I do when something does or doesn’t work. Then rewriting. Then hand it in again, then proofing, copyediting, typesetting then, eventually, it’s on the shelf. And I’ll pick it up, look at it and think what I always think. I should have done that differently.

Because that’s the thing. I always start out thinking I will. And I never end up that way. At the beginning of a new novel I’m always chock full of hope. This one’s going to be different.  Bigger, better, more structured, nuanced . . . this is the one I’m going to reach my full potential with. Not only is it going to be the best novel I can write but also one of the best ever crime novels ever written ever. Why stop there? Best novels written, full stop. I can hear the Pulitzer winging its way to me now.

Of course that never works. I end up with what I always end up with. One of my novels. I like to think that each one is better than the last but I honestly don’t know if that’s happening. I’m never the one to judge. I’m just the one who has to have the book taken away from him in the end.

Except with a lot more exclamation points.

So that’s me. Does anyone else have any little quirks or tics? How do you know when you’re finished? Are you finished? Can we ever be finsihed? 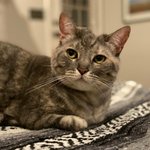 @DanteMedema Blazing Saddles. My dad took me, though I don’t think my mom was pleased.