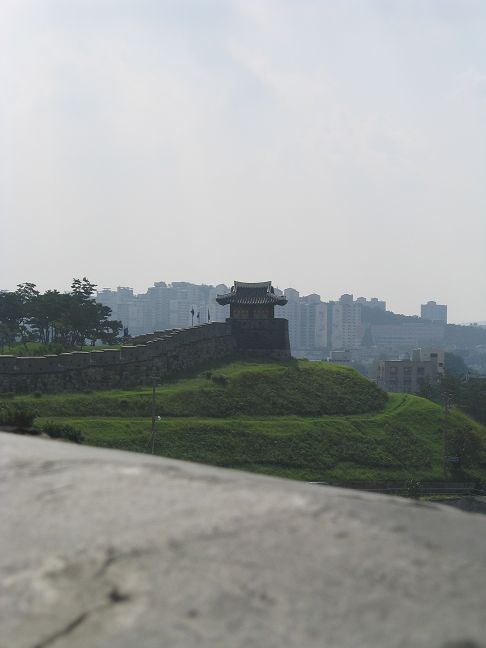 All the Murderati contributors know the deal, but some of our readers may have noticed my absence from comments for the past three to four weeks. Maybe?

Well, I’ve had good reason. I’ve been an extremely busy girl! First was a trip to Hawaii (which I blogged about), then South Australia for a writers festival (also blogged about that), and then the biggest event of them all — off to Korea to pick up our son. Told you I had a good reason.

We started the process of adopting our second child from Korea nearly three and a half years ago. Since we adopted Grace in 2007, the Korean international adoption program has changed dramatically. I could blog about that (in detail) but I won’t. All I will say is that while I think the ultimate goal is great from a societal point of view (to keep all Korean children in Korea, with loving Korean families) the actual outcome at the moment is probably not in the best interests of the children (in my humble opinion). Now, while there are less children being placed overseas, the ones who are adopted by American or Australian families are much older than they used to be. When we picked up Grace she was 4 months old, but our son was/is 16 months old. That being said, we know we’re both lucky and blessed and he IS settling in brilliantly. And we owe Korea a lot – our family. Now, onto the experience…

We got the news that we were allocated a baby boy in October last year. With this exciting news came the ‘bad’ news that the estimate for when we’d pick him up was early 2013 — so he’d be nearly two years old. We prepared ourselves for the long wait as best we could, knowing we were lucky to have Grace to focus our attention on.

Then, in July this year, we were asked to lodge a final bit of paperwork. Could this mean he was coming to us earlier? The government department that deals with intercountry adoption felt it was a good sign. We started to hope that maybe, just maybe, he’d be with us before Christmas. Maybe even by November. Then we suddenly got the call — you can pick him up in two weeks’ time!

We arrived in Korea late on Monday night, 27 August. Our first meeting was scheduled for 11am on Tuesday 28 August but at 9am we got a phone call bringing it forward an hour. Ahh!!! We managed to get ourselves ready (and presents wrapped) on time — just.

Our little boy arrived not just with his foster mum, but with his foster dad and one of his foster brothers (the foster mum has two boys, both at college). This immediately told us that they were all extremely close and it was going to be very difficult for them to say goodbye.


MinSeok was hesitant at first, but eventually warmed to us, led by Grace who was an absolute angel! The first meeting also involved the exchanging of gifts (Korean tradition) and in addition to some presents for us all, the foster family gave us a huge canvas trunk full of clothes and toys for MinSeok, plus two massive photo albums (including one professional album that features MinSeok in about 10 different outfits/shoots!). There was also an additional bag of his favourite toys. Incredibly generous (although luggage instantly became an issue!) We were also told he preferred men to women and about his routine.

At the end of the meeting I asked the foster mum if she thought he’d respond okay to us holding him, and she said he was normally okay, so yes. Both my husband and I got to hold him briefly. Very exciting, very surreal.

The big ‘handover’ day was set for Monday, but we decided it would be good to have another meeting in between, maybe on the Friday. So we asked our social worker at Eastern Social Welfare Society about it. At this point, we discovered the foster mum had been sick and in hospital and that it would be too much to get them to come in again (they live 1.5 hours by car from Eastern). We now believe this is probably why it all happened so suddenly in the end for us. Eastern rushed us through, knowing the foster mother was sick.

Our second meeting (which would be the handover) was very strange. For some reason, they’re holding these meetings in the foyer of Eastern. And while it is a ‘closed/private’ environment, there are Eastern workers walking around, other couples and families who are adopting, etc. Very strange. We’d witnessed three incredibly traumatic handovers in this pretty public forum and we weren’t looking forward to it. However, MinSeok was extremely good during that meeting and while the foster mum was crying at the end, MinSeok was in my husband’s arms and went off with him/us no problems and no tears. We took him straight to the room (we stayed at Eastern, which has two levels of rooms in their guest house), where he played for a bit, and still didn’t cry. Then again, we did have our secret weapon (5yro Grace).

The next day was tough…the tail-end of the typhoon caused shocking rain and after being cooped up for most of the morning and the first half of the afternoon we decided to brave it just to get out for coffee. We got soaked even with umbrellas. We raced back and had food in the fridge for Grace and MinSeok for dinner but only corn chips (and beer!) for the adults and it was too wet to even consider going out. Eventually we got Grace and MinSeok fed and Grace in bed, and after much walking MinSeok was asleep, too. The rest of our last night was spent packing and eating our dinner of corn chips with a couple of beers.

We weren’t sure what to expect the next day on the plane, but we had a dream flight. The first leg (Seoul to Hong Kong) was three hours and MinSeok kept himself busy. For the second leg, we’d only been up in the air for about 20 minutes when he fell asleep on my husband’s front (in the Ergo carrier) and he didn’t wake up until we’d been through Immigration and collected our bags in Melbourne! Hubby didn’t get any sleep, because any time he tried to put MinSeok into the plane cot or into my arms, MinSeok would wake up screaming. We only tried twice!

MinSeok (who at first wouldn’t really come to me at all) is now looking to me for comfort, food and also smiling and laughing. We’ve started him on a new routine (from a book I had when Grace was younger) and it seems to agree with him.

He’s really coming out of himself the past couple of days. Smiling, laughing, etc. Not that he’s ever appeared distressed or unhappy — more like he was just watching and taking it all in.

He’s absolutely gorgeous — if only I could post pics! We’ve signed something with the Victorian Government agreeing that we won’t post any photos or transmit electronically until we’re his legal guardians. It’s frustrating, but I can see their reasons.

So, after many years of waiting, I’m a mum again 🙂 My writing time is out the window, of course, but it’s more than worth it!

Also, Eastern Social Welfare Society does amazing work in Korea, helping the elderly, disabled, and orphaned and abandoned children who can’t be adopted due to the legal requirement of relinquishment. You can find out more at their website. We sponsor a gorgeous little boy who’s in Jacob’s House. Look at the sponsorship section if you’re interested.

15 thoughts on “And baby makes four”