Many of our ‘Rati know and already love Simon Wood, 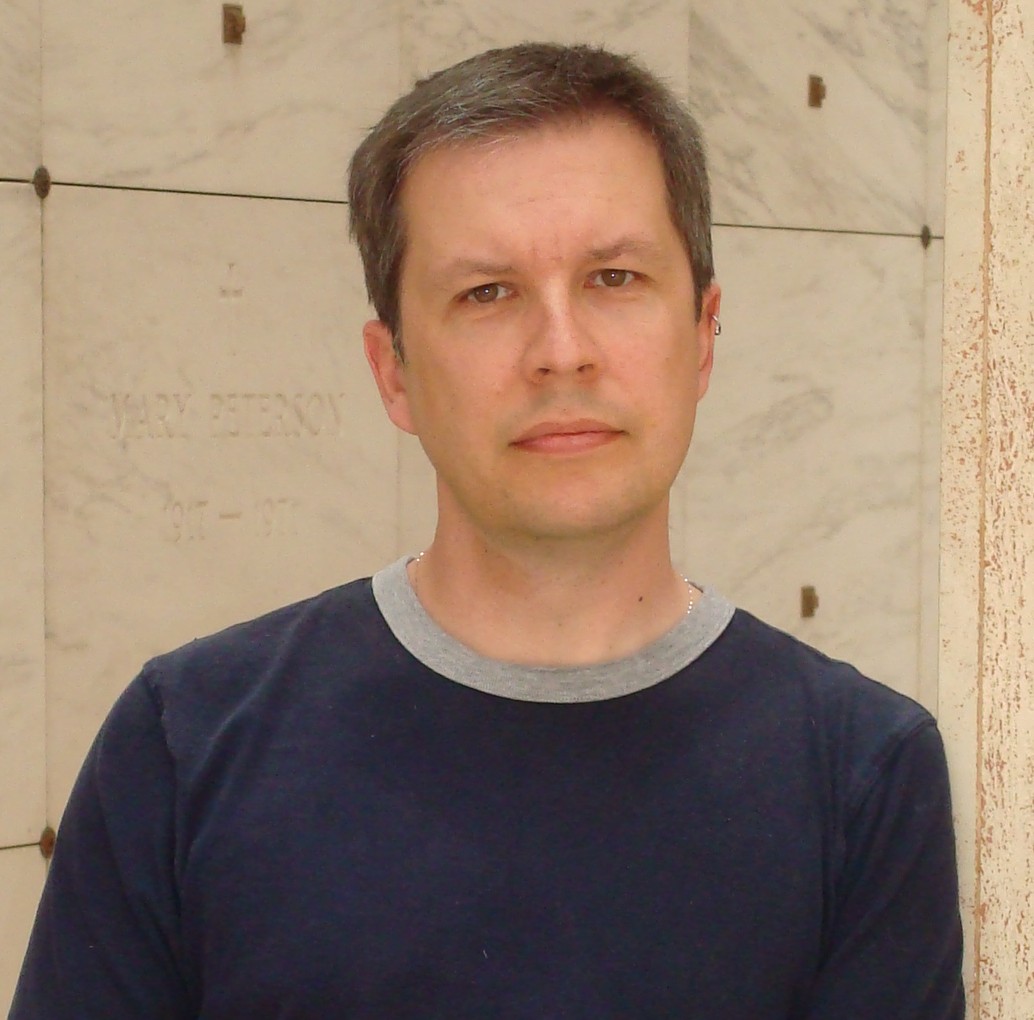 an alumni of Muderati from ‘back in the day. (See his blogs linked over in the sidebar.) I am absolutely delighted to get the chance to get to know him a little better.

He is, as you will see, pretty damned terrific, and with a (seriously, great) new book out, LOWLIFES, I know you’ll enjoy this one and want to go grab the book as soon as possible.

On with the interview:

TMC: What drew you to writing crime fiction?

SW: Old movies.  As a kid, I loved watching the black and white noir movies of the 40’s and 50’s as well as the movie serials such Sherlock Holmes (with Basil Rathbone), Charlie Chan, the Saint, The Falcon, etc.  From there, I developed a love of the genre, which led me to reading the books.

TMC: What types of crimes interest you the most? Is there a theme that runs through all of your works? Related themes? If so, what are they, and why do these appeal to you?

SW: Decisions are what interest me most about crime fiction and it’s a theme that runs through all my stories—not intentionally, but it’s a topic I’m drawn to again and again.  Decisions are the things that land characters in trouble.  Anytime a character thinks they can get away with bending the rules.  What series of actions has a villain made to make them the criminal they are?  And how similar are the hero and villain and what will these people do to condemn or redeem themselves?  It comes down to the decisions they make.

In most of my books, the protagonist usually strays from the straight and narrow and it leads to whole world of trouble.

I think the fascination with decisions with respect to crime comes from some of the people I grew up with.  Several of the kids I grew up with ended up as killers or hardened criminals.  They were no different than me.  In most cases, they grew up in much better environments than I did, but for some reason, they took a path in life that led them down roads they could never work their way back from.

TMC: What is the biggest risk you’ve taken in your life?

SW: I would say coming to America.  I met my wife, Julie, in Costa Rica in ’96.  A relationship developed but she lived in the US and I lived in the UK.  We used to meet in different countries every few months.  We came to the decision that we wanted to take our relationship to the next level.  So I left a good job with good prospects, sold my house and moved to the US with no job, all to see if I could make a relationship work with a girl I didn’t know very well.  It didn’t seem like a huge risk at the time, but it seems slightly insane now.  J  That said, if I hadn’t taken that risk, I would have never gotten into writing.  Now wouldn’t that be a shame?

TMC: What five words (alone, or as a sentence), describe you best?

SW: Most likely to start trouble.

TMC: What makes you cry? laugh?

SW: My pets.  I rescue animals and my household is filled with four legged critters who possess the capacity to fill me with joy and break my heart.

TMC: What (other than politics or religion) makes you feel outraged, wanting to rant?

SW: Alien abductees—what made them so special?

Cell phone users—put the damn thing down.  We can all hear you and you aren’t that interesting.

Parking lot trawlers—people who’ll bring a parking lot to standstill while they wait for a good parking spot that doesn’t exist yet instead of just parking.

Reality TV—what’s so real about it?

Prius drivers—it doesn’t give you license to push everyone else around on the road.

Dell computers—I swear they’re designed to implode the day after their warranty runs out.

TMC: What is your favorite curse word?

SW: I’m a combinationist.  I like to put swear words together to make a super swear word.  I don’t have a favorite one.  They’re usually tailored to suit the situation.

TMC: What is the most interesting thing you’ve done in the pursuit of research?

SW: Worked for a Private Investigator.

TMC: Are you the person you thought you’d be growing up? How are you different?

SW: Nope.  I think I had a clear plan of where life was going to take me.  Now, I don’t have a clue.  Life’s way too unpredictable.  I’m an engineer who writes fiction and lives 5,500 miles from home.  That was never in the script.

TMC: What would you change about yourself?

SW: Physically, I wish I were an inch or two shorter.  Personality-wise, I wish I saw the bright side instead of expecting the worst.

TMC: What would you keep the same?

SW: My ability to turn a bad situation around.

TMC: On to book questions:

Tell us a little bit about the genesis of your current book.

SW: Lowlifes is my current book and it centers on
Larry Hayes, a San Francisco Police Detective who wakes up in an alley with no memory of the last four hours, but suspects he might have killed his own informant, a homeless man called Noble Jon.  What makes this book 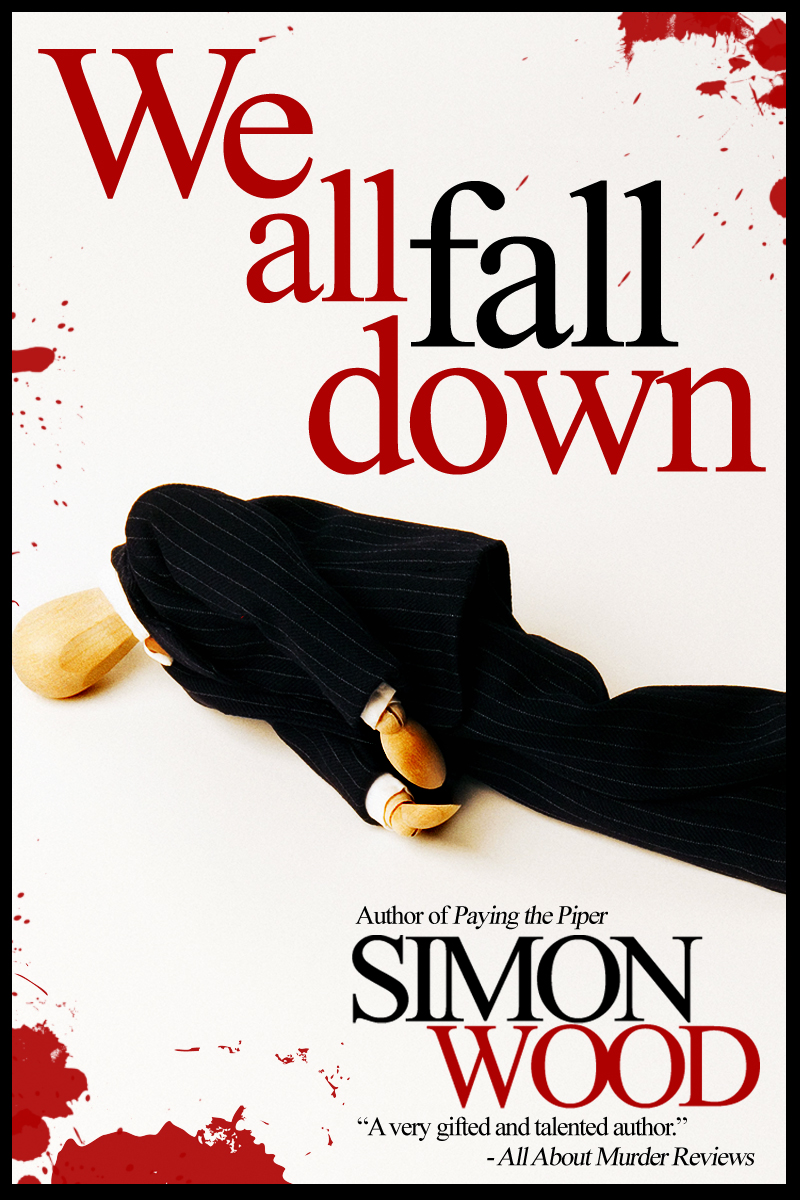 different from anything else I’ve written is that it’s a multimedia story.  Larry Hayes’ point of view is played out through the book, while a short film told from the POV of another character supports the story and another character gives their account through a fictional blog.  Filmmaker, Robert Pratten, approached me last year to collaborate with him on the project.  He asked me to write the various facets based on his basic outline.  The whole thing was written in a way that the book can be read by itself, but if someone goes the extra mile and watches the movie and reads the blog, they’ll get a far more in-depth view of the characters.  As something I hadn’t done before, I jumped at the idea.  People can go to www.lowlifes.tv to read the book and blog and watch movie.

[toni’s note — I find this utterly fascinating, this integration of media. I would love to see more of this, particularly in the e-book world, where the multi-media could be played out on iPads and their ilk.]

TMC: What else is happening in Simon World?

SW: I secured the rights back to all four of my titles from my print publisher, Accidents Waiting to Happen, Paying the Piper, We All Fall Down and Terminated.  I’m happy about this as I can explore options.  I’m currently following up on interest in audio books and translation.  Sadly, all four titles are hard to find in print form these days, but I’ve just uploaded them as eBooks.  I’m looking forward to the second lease of life I can give these books.

TMC: And finally, tell us a little bit about your next book–something we won’t know just by looking at the flap cover or the reviews.

SW: Did Not Finish is my next book and this is the first book in a series based in the world of motor racing.  I raced open wheel in the UK a long time ago and for years I’ve wanted to do to motor sport what Dick Francis did for horse racing.  I wanted to give the public some insight on my chosen sport (fictionally speaking that is).  The sport is teeming with some great fables and events that provide great potential for mystery fiction.  I’m going to enjoy blending fact and legend to tell some entertaining crime stories.

Okay, question for you fellow ‘Ratis… do you have a road not taken? A “there but by the grace of God go I” moment where your life changed (thankfully)? I’d love to hear it. And meanwhile, all commenters are eligible to be entered for a $25 gift card to an online store of your choice award–(remember the indies).

Winner from two weeks ago:  Mit! Congratulations, Mit! Email me at toni@tonimcgeecausey.com and let me know your bookstore of choice and an email address where you’d like to receive the card.

11 thoughts on “An interview with the ever fabulous Simon Wood”