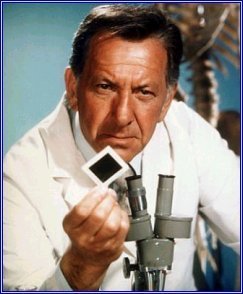 If you happen to catch me testifying, perhaps in court, or in an old case from Court TV, you may notice how very precise – finicky, even – I am in the words I use. In court, every word counts – every sentence is transcribed, kept forever in a searchable database, pored over and used to attack or support opinions as the trial or legal process continues, sometimes for decades.

Largely because of this, forensic pathologists are very specific in their language; our terminology is consistent throughout the forensic community, with some definitions that don’t necessarily translate cleanly into the civilian arena. For example, an emergency room physician examining a man with a slashed throat might describe the injury as “a transverse 5 inch laceration below the level of the thyroid cartilage”. For forensic pathologists, the term “laceration” refers exclusively to tearing of the tissues caused by blunt trauma; we would say the man with the cut throat had a “5 inch incised wound”.

We’re also specific in how we describe ourselves professionally. I’m a forensic pathologist, a New York City medical examiner for over 20 years now: I am not a coroner. The positions are fundamentally different and have a very different history.

The word coroner (from the Latin corona, “crown”) is a title that goes back to medieval England, to just after the Norman invasion in 1066 (illustration below: King Harold dies at the Battle of Hastings, nailed by an arrow in the eye). The coroner was the King’s agent, originally responsible for protecting the crown’s interest in legal matters. England still has a coronial system; English coroners hold both medical and law degrees. The coroner considers all the information from the investigation, and then decides if there are grounds for a legal trial. The evidence is presented in a court-like setting in a procedure known as an inquest, over which the coroner presides.

By contrast, in the US, most communities consider the basic facts of a murder in a Grand Jury, in which the prosecutor has a series of witnesses testify to civilian jurors who must then decide whether or not to indict a suspect on the basis of the evidence presented. In some areas, prosecutors have a larger amount of discretion in deciding whether a prosecution will go forward, and gather evidence in a series of depositions.

In contrast with England, where the court appoints the coroner, the American coroner is an elected official. Because this country is vast, with huge, sparsely populated rural areas, which see few deaths each year, local counties may not be able to adequately fund medicolegal death investigation. The quality varies widely across the nation – I highly recommend the recent NPR series about the state of death investigation in the US; if you’ve been bred on a diet of CSI and The Forensic Files, I think you’ll find it quite an eye-opener. There may be a slight bias towards the sensational, focusing almost exclusively on epic failures in the system, but I think it’s great that someone’s shining a light on a critically neglected issue.

As the NPR report indicates, both coroners and forensic pathologists vary widely in competency and experience.  Medical examiners must be pathologists formally trained in forensic pathology; coroners don’t have to be medical doctors – indeed, in some jurisdictions, the coroner may be the guy with a truck large enough to move a body. The coroner often has a tightly limited budget, and with each case, he must decide whether he can afford to pay for an autopsy; the financial and political pressures can be extreme.

In situations where he or she deems an autopsy necessary, the coroner refers the autopsy to a local or regional pathologist. Again, the amount of forensic training that coroner’s pathologists have had is very variable; the worst-case scenario involves doctors with minimal experience forced to rely on pictures in forensic textbooks.

If you’re reading this blog, you probably know this, but I suppose I should go over some basic definitions. A pathologist is a physician who makes diagnoses by examining specimens taken from patients. A surgical (aka an anatomic pathologist) is the person who examines the biopsy of that arrestingly odd-looking growth on Aunt Tillie’s face; surgical pathologists also do autopsies. An autopsy is an examination of the body after death performed in order to get as much information as possible about the cause and circumstances of that death. The body is examined externally for evidence of disease or injury, and then is opened, and examined internally. Further studies may be performed, and when the pathologist has enough information about the cause of the death, they’ll issue an autopsy report.

Forensic pathologists practice a subspecialty of pathology. For the most part, we do autopsies in cases of violent, unnatural, suspicious or unexpected death. Because of our expertise in the evaluation of trauma, we may be called on to examine living victims of assault, prisoners who complained of brutal treatment, victims of sexual assault, abused children, etc.  Properly, the evaluation of injuries in living victims is referred to as forensic medicine, whereas autopsy work is forensic pathology.

To become a forensic pathologist, I went to medical school in England at the University of London. In England, medical school takes five years, and I did an honors year in addition to that. (Below, a photo of St. Thomas’s Hospital, my alma mater – an august institution, described as already “ancient” in 1215 AD, it’s mostly cool because that was where that dude wakes up at the beginning of the zombie movie 28 Days Later.) 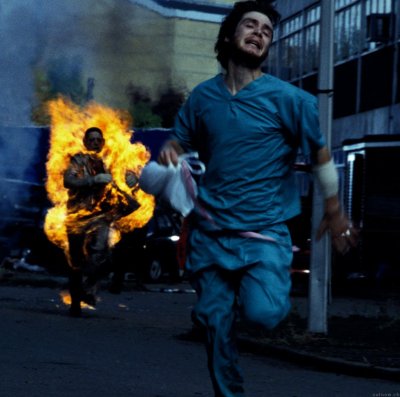 After graduating, I did internships in medicine and surgery before moving to the United States.  I did a three-year residency in anatomic pathology at Boston University Medical Center and then moved to Miami to train in forensic pathology. I was an Associate Medical Examiner for Dade County for one year prior to taking my current position as a medical examiner for New York City. New York has been great, but Miami was insane – it was while I was working in Florida that I thought of the story that would become A Hard Death.

I’ve been extremely lucky in my training, working with two of the greats of American forensic pathology—Dr. Joe Davis in Miami, and Dr. Charles Hirsch in New York City. My 20 years in New York City have been a fantastic experience working with devoted, super bright, super-competent colleagues.

Reading this over, I’m alarmed at how harsh I sound on coroners. Most coroners do great work with very limited resources. Just as with medical examiner systems, the quality of death investigation in coroner systems ultimately depends upon the people who do the work, and I’ve encountered many superb coroners and coroners investigators who go the extra mile in really difficult conditions to make sure they get it right. Just recently, working with a team to refine our approach to deaths among the elderly in NYC, I was really struck by the excellence of the Sacramento Coroner’s office. And last month I reviewed a very difficult case from a rural jurisdiction in Pennsylvania and was completely blown away by the quality of the investigation, by the thoroughness of the autopsy report, and by the self-critical, carefully circumspect approach the investigator and coroner took to their own conclusions. Because, pathologist or coroner, you want someone who is willing to question their own results.

New York is actually a hybrid state with co-existing systems, specifically coronial systems in the more rural areas, and medical examiner systems in the more populous ones. Since full-time medicolegal death investigation is an expensive proposition, and more readily bankrolled where there’s an adequate tax base, if you live in a big city, you probably have an ME office, rather than a coroner’s office.

At the end of the day, though, even forensic pathologists can be pretty inconsistent – this morning I was reading Michael Jackson’s autopsy report (knowing L.A. County autopsy reports are public record, I just Googled it), and noticed that the autopsy report is signed by Dr. Lakshmanan Sathyavagiswaran, the office’s chief. The title he uses? “Chief Medical Examiner-Coroner”…

But I suppose the coroners in L.A. have always been a little bit different…

So – what do you have in your region? Do you know if you have a medical examiner system or a coronial system? How much do you know about your Chief ME or Coroner? Here’s a hint: generally, the less you hear, the better the system…

38 thoughts on “AN EYE ON THE CORONER OFFICE…”