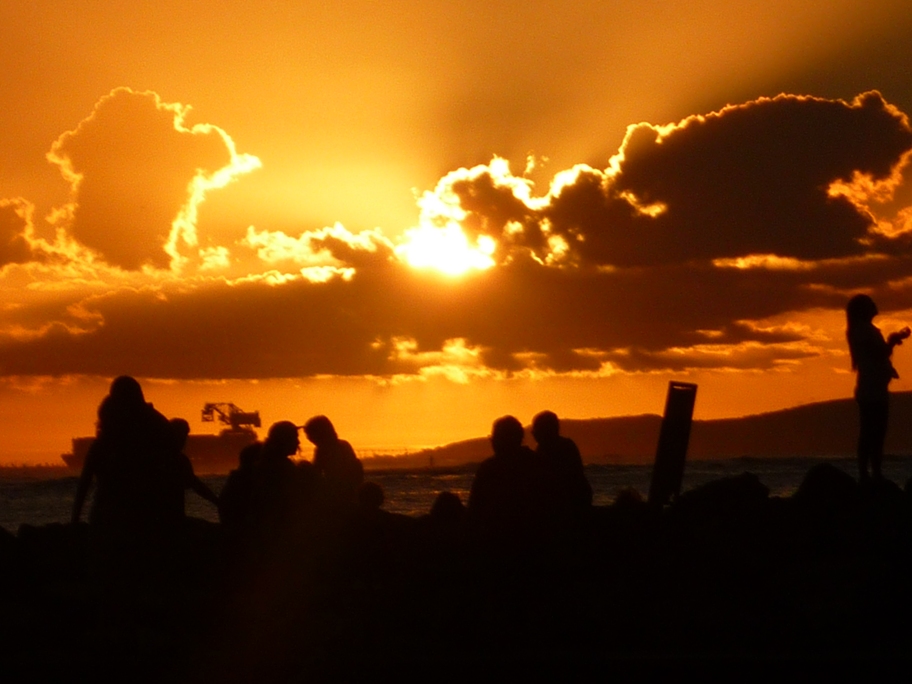 Yes, I AM blogging from Hawaii today 🙂

I’m currently on a girls’ trip with my daughter, mother and sister. But I want to devote this blog not to the trip per se, but to motherhood.

In some ways, it took becoming a mother for me to really appreciate my mother. She sacrificed lots of things for us girls, and was a single-parent for most of our lives, following a divorce when I was eight years old. She worked incredibly hard and saved hard to give us the basics early on, then later on a few splurges.

This trip would definitely count as a HUGE splurge. She brought my sister to Hawaii for her 40th birthday in 2008, and then a couple of years later my daughter and me, but this time for my 40th birthday. Then last year Mum really wanted to go again, but I knew it wasn’t going to be financially possible for me; so I said Grace and I couldn’t come. A few weeks later, she offered to pay for airfares and accommodation if we could come up with the spending money. Pretty good offer, huh?

Then, around April/May this year the same thing happened. Mum wanted to go to Hawaii again, but we couldn’t afford it. So she decided to dip into her retirement savings – again!

We have all been completely spoiled with these trips to Hawaii, and can’t believe how lucky we are.

Like I said, being a mum yourself makes you realise how much work goes into motherhood, and how much love. Not to mention the worry! But that’s a whole other blog.

When I was thinking about this blog, there was one other occasion that came to mind. When I was 22, I’d fairly recently split up with my boyfriend and he’d started seeing someone new. We’d managed to stay pretty much out of each other’s paths despite living around the corner, but then there was a birthday party coming up of the mutual friend we met through.

I was feeling insecure and second best – a feeling many people experience after a separation, particularly when another person comes on the scene.

Anyway, my Mum took me shopping and bought me a fancy leather jacket. I walked into that party feeling strong, way cool, confident and like a million bucks…thanks to my mum.

Don’t mums rock? What’s your best mum story?  I hope you’ve been lucky enough to have a great mother in your life.