I’m feeling a bit glum at the moment. Daft, really, because I’ve no right to be.

Last week we came back from a mini-tour in the States for the US publication of KILLER INSTINCT from Busted Flush Press. It was a fun trip. We got to see some old friends, and spend a little time with fellow ‘Rati blogger JT Ellison – who came to the airport in Nashville just for coffee and a chat while we waited for our connection. How cool is that?

And we got to spend a lot more time with Toni McGee Causey and her highly entertaining husband, Carl, being given the tour of New Orleans that the tourists really don’t get to see, including the most amazing vehicle graveyard I’ve ever come across… 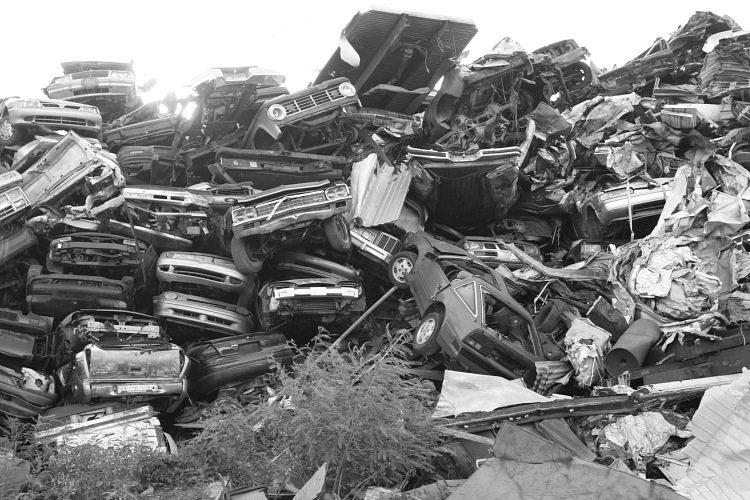 …And a bunch of black locusts that were huge and somewhat scary. 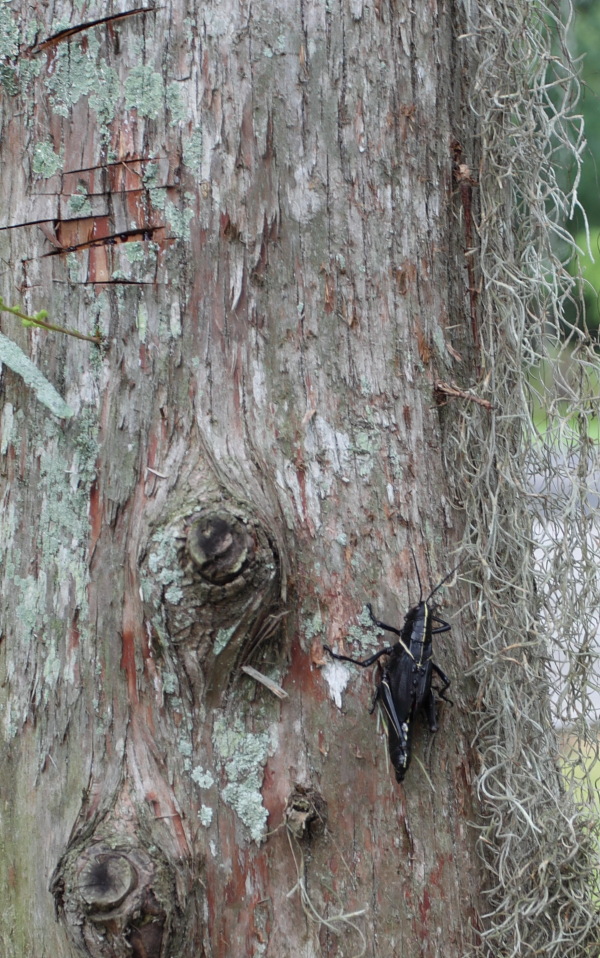 Carl also gave Andy his first taste of firing long guns during an afternoon at the local gun range – where, it must be said, a not inconsiderable amount of ammunition was expended. 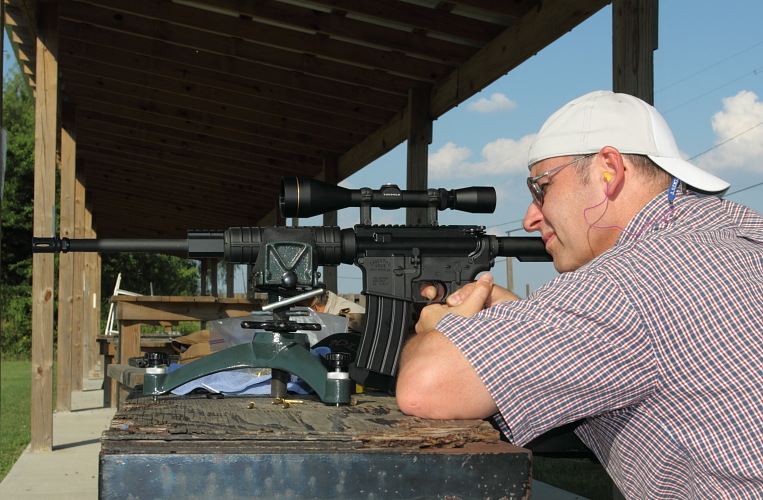 In New York, it was great to have the chance to hang out with Lee Child and his web guru, Maggie Griffin. It was Maggie who very kindly told me about the terrific review for KILLER INSTINCT in last weekend’s New York Times. Hurrah!

Although I signed a lot of stock for Busted Flush while we were over there, I didn’t do a huge tour of bookstores. The ones I did visit gave us a very warm welcome, though, and it was lovely to make a return to the Velma Teague Branch Library in Glendale AZ, where I kicked off their Authors at The Teague program three years ago. I even managed to get my commemorative mug home in one piece! (And I’m drinking tea from it as I write this.) 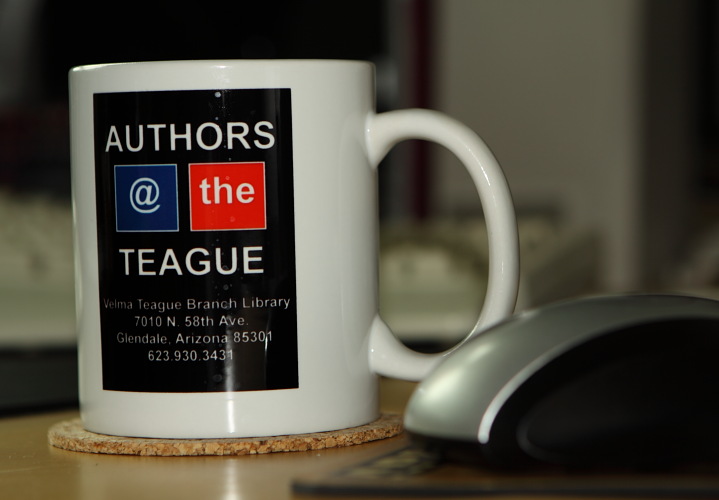 Andy and I spent a day driving round Long Island, chancing upon a little diner, Joni’s, which we later discovered was recommended as one of the best casual places to eat in Montauk. I explored the beach area around the lighthouse at Montauk Point and found that one of the vital scenes for the next Charlie Fox book will indeed work if I set it there. In fact, the lack of large areas of open sandy beach make it work out better than I’d actually planned. I even got all arty with stones. 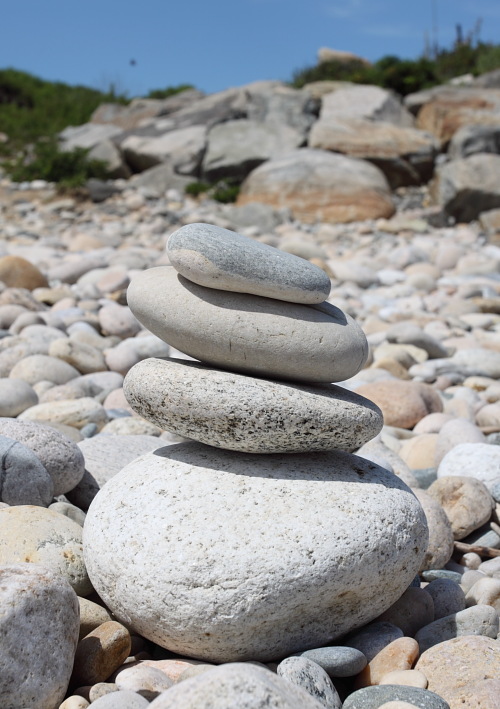 And now we’re back, the work’s coming in, I’ve managed to dive straight into the new book and seem to be making reasonable progress, the UK weather’s behaving almost like summer (meaning they’ve announced the first hosepipe bans) and, stunningly enough, while we were away the local rabbit population did not treat our newly planted flowerbed as an all-you-can-eat buffet.

So, why am I feeling a bit flat? Maybe it’s got something to do with the chest infection I picked up somewhere on the journey. Don’t you just love a double dose of nine-and-a-half hours of recycled aeroplane air? I’m wheezing and coughing and haven’t had an uninterrupted night’s sleep since we got back. (And, by the same token, neither has poor Andy!)

My own brilliantly plainspoken doctor is on holiday, but his stand-in told me on Monday “it’s a virus” which I suspect is medicine-man-speak for “we don’t know – go away” or something very similar.

So, I’m willing to accept any and all suggestions for pick-me-up remedies that you might have. In fact, I’m in need of them! Even just feel-good suggestions with no basis in medical fact. Just please bear in mind that I can’t have alcohol, or things will go downhill rapidly. (I know, I know, my inability to drink ought, by that fact alone, to preclude me from being a crime writer…)

This week’s Phrase of the Week is tarred with the same brush, which means to be part of a group sometimes unfairly regarded as all having the same faults and weaknesses. It comes from the farming practice of treating the sores of a flock of sheep. The sores were coated by a brush dipped in tar. The same brush would be used on all the infected animals, but never on a healthy one for fear of passing the infection on. Hence all infected sheep were tarred with the same brush. The mother of a friend of mine used to get this one somewhat muddled, and would often come out with this much-improved variation: “They’re all daubed with the same stick.”

29 thoughts on “All The Right Noises”