IMAGINE THIS SCENE FROM A MOVIE:

It’s 1983.  A woman sits behind a typewriter, finishing up a page.  When she’s done, she types THE END, pulls the page out and adds it to a large stack next to her on the desk.

She smiles, then goes to a liquor cabinet, pulls out a bottle, and pours a drink to toast a job well done.

All is good in her world.

NOW IMAGINE THIS ONE INSTEAD:

It’s 1983.  A woman sits behind a typewriter, crying her eyes out as she finishes up a page and types THE END.  She pulls the page out, adds it to the stack on her desk, but she’s crying so hard that she has to blow her nose.  She reaches for a tissue, but the box is empty.  So she gets up, still sobbing, and goes to the bathroom, looking for some toilet paper.  The roll is empty.

Moving about the house, she steps into the kitchen and grabs a note off the refrigerator — one that says BUY TOILET PAPER — and uses it as a makeshift kleenex.  Then, moving back into her living room, she opens a cabinet, pulls out a tiny bottle of “airplane” liquor, intending to use it for a toast, but when she tries to get the cap off, it won’t budge.  It takes all of her strength to get the cap loose and she finally makes her toast.

And it’s quite obvious that this woman is a complete mess.

Now, tell me, which of these scenes would you rather watch? 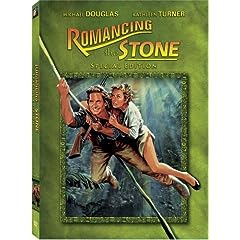 Me, I’ll go with the second one.  In fact I have, in a wonderful movie called Romancing the Stone.  And I think most people would be much less inclined to fall asleep during version two than they would if subjected to version one.

Version one just sits there.  LAYS there, in fact.

Because it has no conflict.

As you may have guessed by now, I’m piggy-backing on yesterday’s post by Tess.  I was so struck by the aspiring writer’s attitude that I couldn’t contain myself to just a comment.

And while I was certainly struck by the refusal of the woman in question to face reality and take the advice of the multitude of people who had tried to give her constructive criticism, what got me most of all was her insistence that her story just didn’t need any conflict.

I’m sorry — what was that again?

Conflict is the cornerstone of storytelling.  Conflict is what grabs our interest, makes us want to continue watching or reading.  And this isn’t just limited to movies and novels.

How many of us would watch the news if all we saw were happy, feel-good stories?  People THRIVE on conflict, and the person who suggests that her story doesn’t need it, is completely out of touch with what good, solid storytelling is all about.

Otherwise what is the point?  If you give me a story about two people sailing through life without a care in the world other than they can’t make up their minds, then I might as well watch paint dry.  I need something in that story to grab me by the heart or the throat, to give rise to my emotions.  To make me laugh and cry and root for the hero.  And if all the hero is doing is contemplating his or her navel, then, please, get me the hell out of there.

Now, to be fair, none of us really knows what this woman’s love story was about.  And just because she wasn’t able to articulate the premise in a few sentences, does not mean it’s terrible.

But based on her apparent disdain for the concept of conflict, I’d say the chances are pretty good that it won’t set the publishing world on fire.  Many of you said as much.

So does this mean that all love stories suck?  Of course not.  Some of the greatest stories ever told have been love stories.  There are a boatload of pretty wonderful romances — the books this woman so despises — out there, and they have conflict up the wazoo. 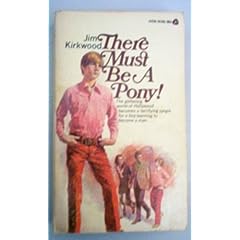 What about coming of age stories?  Again, no.  They don’t all suck.  One of my favorite books of all time is James Kirkwood’s There Must Be a Pony, about a teenage boy coping with a troubled, movie star mother.  Kirkwood was a wonderful writer who certainly understood what makes a good story tick.

There is a writer/teacher, now dead, whose name unfortunately escapes me at the moment (maybe someone can remind me), who likened a story to a basketball game.

You have opposing characters.  Two teams.  Each of those teams has a goal:  to make as many points as possible by putting a ball through a small “basket” at the opposite end of the court.

But because these teams are both determined to get the most points, one side puts up all kinds of obstacles to try to prevent the other side from reaching their goal.

This is conflict at its finest.  Its most compelling.  And if you have a vested interest in one of those teams, you will scream and cheer and jump up and down whenever they encounter and, hopefully, overcome those obstacles.

And it’s no different for storytelling.  Your characters must have a goal — no matter how trivial it might seem — and they must have strong opposition to that goal.

Conflict is one of the most essential elements of telling a good story.  Sharing that moment when a character overcomes conflict is what lifts us.  What thrills us.  What sends us soaring.

As Hamilton Mabie once said, “A kite rises against, not with, the wind.”

And anyone who doesn’t — or refuses — to understand that had better learn it fast or give up storytelling altogether.

18 thoughts on “Against the Wind”