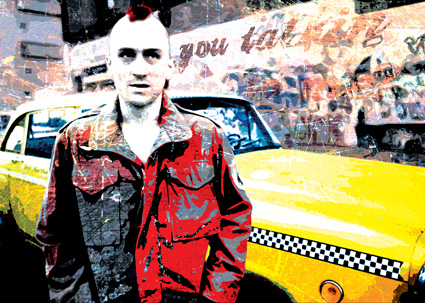 It’s interesting how quickly one goes from “Hey, everything’s great” to “AAAAHHHH! I’m spiraling out of control!!!”

And then, after a bit of trauma, one bounces back.

That’s kinda how my last year has been. I left my day job to take a screenwriting assignment and write novel number three. I rolled the dice on the notion that I could support a family of four on my writing income alone. I hedged the bet by cashing out my 401k. Things looked so good that I took that trip to Ireland with the wife and kids, all the while thinking there’d be opportunities to come. There was another screenwriting assignment or two in the wings. And that TV option for my novels would soon become a network sale, really, it was just a matter of time. And I’d finish that third novel and it would be a six figure acquisition. Yep, it was glory days ahead, for sure.

All the while watching the numbers in my bank account dwindle away.

And then, boom, there it was. Last dollar. Rock bottom. Permission to flip out.

Oh my God…did I leave my day job for this? Was I really going to have to dredge up that old resume and start over again? And how would I revise it? I had been the vice president of a national lighting company–that’s the gig I left when I left. I had written both my novels when I had that job. And yet I couldn’t complete my third novel when I had all the time in the world. Maybe I needed the pressure of not having any time, maybe that’s how I worked.

Well, I didn’t have a choice anymore. Writing would have to take a back seat again.

But how would I sell myself? Would I mention that I was a best-selling author? List all the panels I’ve been on, the awards I’ve received, the reviews? What kind of message would that be to my potential employer? “So you left your last job to pursue a career in writing, and now you expect us to believe that your writing is a hobby?”

I would have to face that question when it came, and I hoped I would be ready.

I decided to de-emphasize my creative side. I wrote my new resume as a two-page story of success in the lighting industry, and I included the period of time I spent as a development executive for film director Wolfgang Petersen. That little bit of “creative” content focused on the success of the films I helped develop. It didn’t really relate to my own creative aspirations. I was working for someone else.

At the very bottom of the resume, under “Special Interests,” I noted that I was an L.A. Times bestselling author. I felt I was taking a chance, but I wanted to land at a place where they understood my creative passion. I hoped they would see my creative drive as an asset.

It takes months to land an executive position; even longer during uncertain economic times. My resume went into circulation, but things weren’t happening quickly enough. I had waited too long, stepped too close to the edge. I didn’t have time to wait things out.

Things got desperate and I found myself taking embarrassing interviews at local restaurants and grocery stores, temp agencies, and even a dog grooming salon. As if any of those options would support my family. I invested time and money into getting a taxi driver’s license, thinking it would be the perfect job for a writer. All that time alone in the car, thinking of ideas, mapping character studies of the strangers I met. I saw Travis Bickle in the mirror, pissed off and ready to set the world on fire. I’ve had just about every crap job in the world and I figured I won’t “make it” until I’ve spent some time behind the wheel of a taxi. 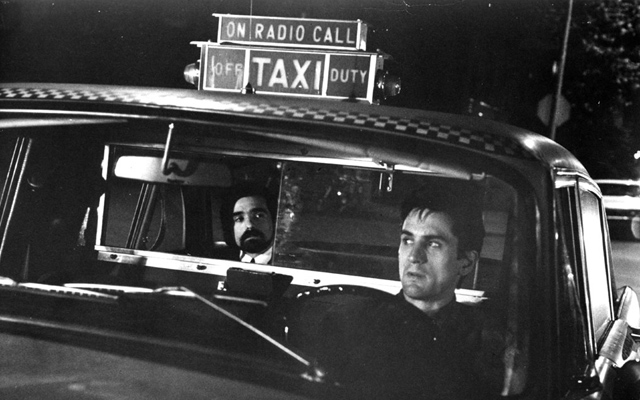 I took all the tests, paid my dues, went through drug-testing and background checks (the most trustworthy guys you’ll ever meet are taxi drivers – no drugs or alcohol and they haven’t been convicted of a felony for at least three years) and then, finally, found a car owner to lease me his vehicle for $350 a week.

After two miserable seven-day weeks, ten hours a day, I ended up making a couple hundred dollars (went right into groceries) after paying off the lease (I still owe the car owner $50). I quit immediately, before I could rack up another $350 debt. I would’ve made more money working part-time at Starbucks.

And it’s not like it was exciting. There was no danger involved. I spent all that time taking little old ladies to their eye appointments. My passengers were the perfect cozy demographics. Although I’ll always relish the ride I had with the narcotics dealer whom I picked up at the Torrance Police Station. I milked him for everything I could. I still can’t believe he’d never seen “Breaking Bad.”

Days of panic, disillusion and depression followed. Borrowing money from friends, family, business associates. Taking an early payment on the screenwriting assignment (foregoing the production bonus that would have come if I had waited), eking out a little more time, a rent payment, an insurance payment, groceries, then back to the bottom again.

And all the time spent on my computer–Monster.com, Indeed.com, Careerbuilders.com, Linkedin…and all the lighting industry head-hunters, and the shylocks with their promises, and the scheisters with their schemes, consultants wanting me to pay for their job-hunting services…

Then all at once a few hits. Phone calls that turned into Skype interviews. I had to pull that suit out of storage. I had to buy a tie. And I faced those question about my writing.

“Writing screenplays and novels sounds so glamorous. Why are you coming back to this industry?”

I had dust off an old joke – “Do you know the difference between a writer and a pizza? A pizza feeds a family of four.” Rim-shot. It took the edge off. I’d continue – “I’m fine writing evenings and weekends. I wrote two novels with a full-time job. No problem.”

And then, just a month ago, the right one came through. They looked at the whole package, saw the writer and the salesman as one.

They told me I could lose the tie.

“You can keep the hair.”

They made their offer and I accepted.

And, now that I actually have a good job, with health insurance (it’s been over a year), 401k, expense account, car allowance, company credit card…I can’t just up and leave it for another writing gig. Which means I’m going to have to fit all my writing into that small window of after-hours time. It’s not hard to do if I’m writing a spec novel on my own time. But what if I’m offered another screenwriting assignment, with producers expecting my attention and an immediate turn-around? When I was young I would leave whatever job I had for an opportunity like that, and it would’ve been worth it. That was when I could live on $30,000 a year. Those days are gone.

So I have to make prudent decisions now. And I’ll have to pass on opportunities that don’t meet my needs. Thankfully, I’ve earned a little credit. I don’t have to chase things down as much as I did when I was young. I have work that producers can read–my novels and screenplays–and they can decide if they want to work within my time frame, with my restrictions. They’ll have to accept that I have responsibilities to another employer, and that I value the day job at least as much as I value the opportunity to write on assignment.

Because the truth is, the day job saved my ass.

What’s great about the whole thing is that I’m writing again. I had trouble working on the novel when I was looking for a job. It felt like my writing was taking time away from my search for a job. I began to resent it. My writing, my passion, became the thing that was keeping me from finding a way to support my family.

And now that I’m working, I’m writing. The pressure is off. I don’t have to try to anticipate the market; I don’t have to write something commercial enough to pay all my bills. I can write what I want. Which is how I wrote Boulevard. And how I wrote Beat. Which is not how I’ve been writing my third novel, worrying all the time if it’s commercial enough to “launch my career.” But the truth is that most authors don’t support their families with their writing until they’ve published a half-dozen books or more. Often many, many more.

So, I’m looking at a different time-line now. I’m seeing what I managed to accomplish with just two novels. I’m recognizing how far I’ve come.

I’ve got a lot to be thankful for. Things are good. I might not be Michael Connelly, or Lee Child, or Dennis Lehane, but then again, I’m not Joe Schmo. I’m in the game, I’m on the journey. I’m paying the bills and I’m practicing my art.

I think this is the sound of happiness.

On another note, if you’re coming in for the Los Angeles Times Festival of Books at USC this weekend, I’ll be speaking on a panel with Jerry Stahl, April Smith and Ned Vizzini, moderated by John Sacret Young, on Saturday, April 21, at 10:30 am, in the Andrus Gerontology Center. The panel is called “Page and Screen.” They left my name out of the on-line schedule, but it’s in the printed schedule. I’m also signing Saturday at the Mysterious Galaxy booth at 2:00, the Sisters in Crime booth at 4:00, and on Sunday at the Mystery Ink booth at 11:00, with Gar Anthony Haywood. There will be a ton of talented authors present, so get your books and get ’em signed! Thanks!

34 thoughts on “ACCENTUATE THE POSITIVE”