JT has her idea box and her official book box. Alex outlines (I think?). Allison brainstorms as she goes. Rob has a hole in a cave somewhere. (Kidding.) 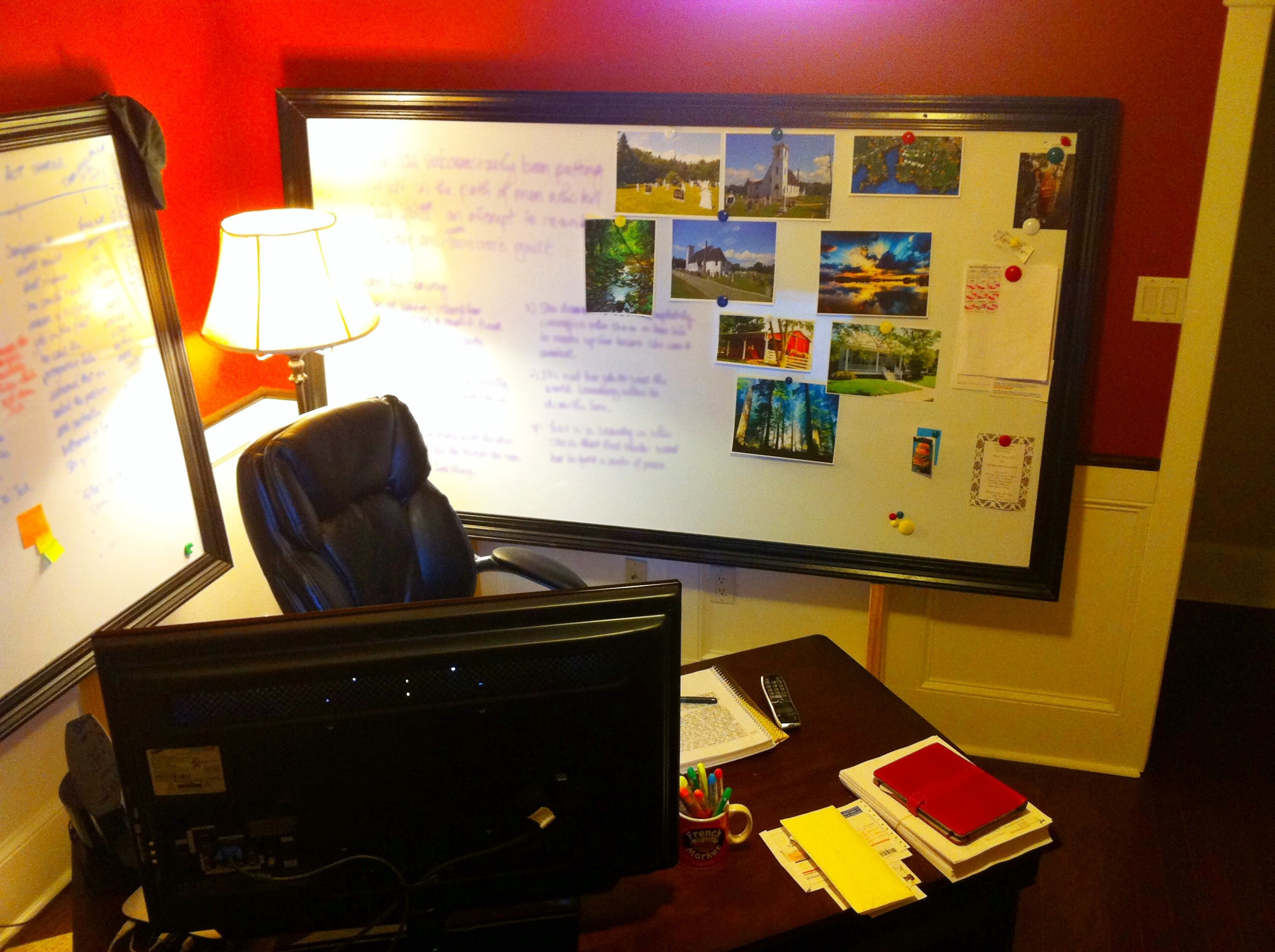 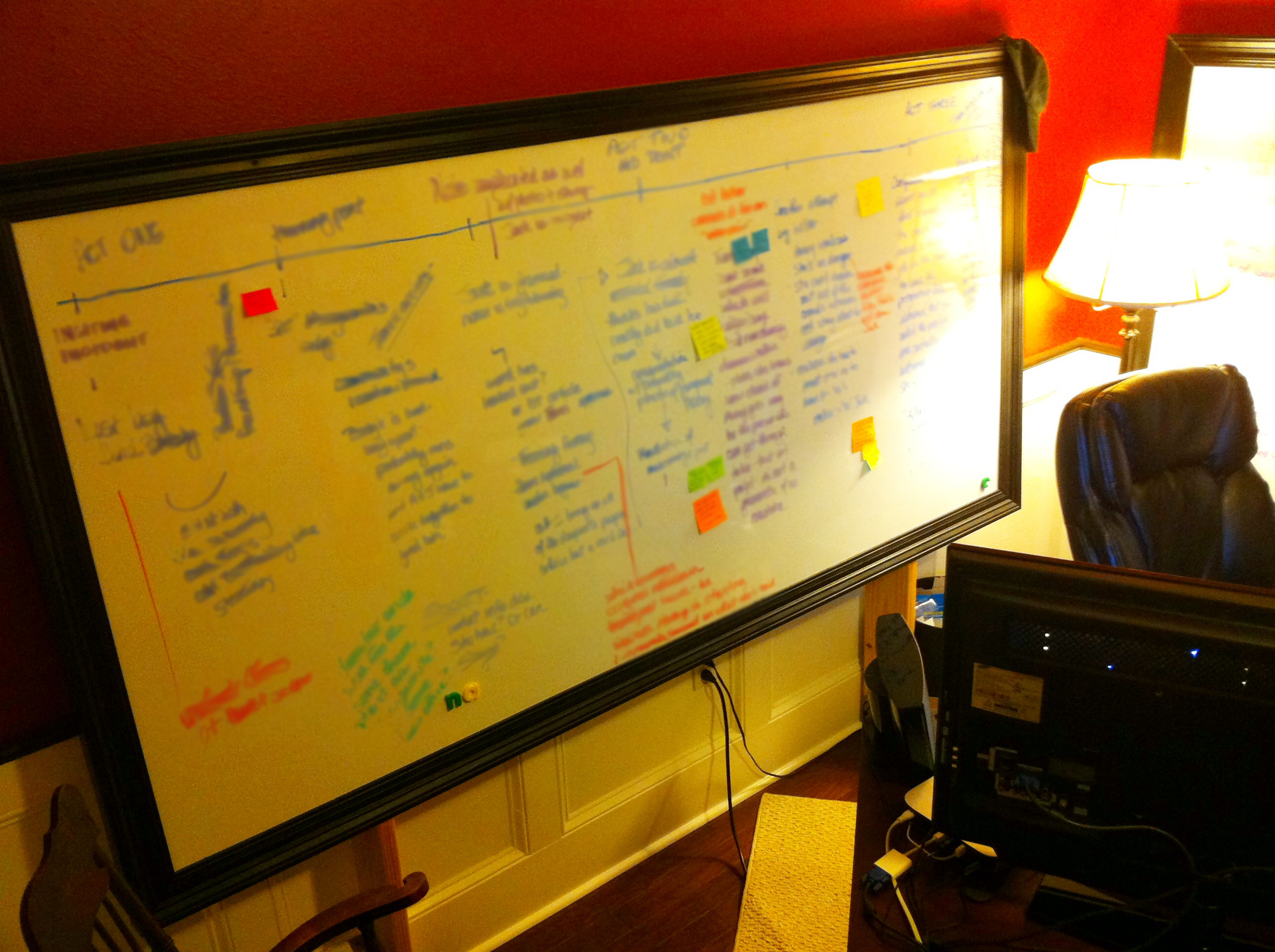 I also use Scrivener for Macs — which has many of the same capabilities of these whiteboards + a Word-like software… and I will dump a lot of photos there, images of my characters and such. But when I am working on specific scenes, I like having the photos right there on my board. 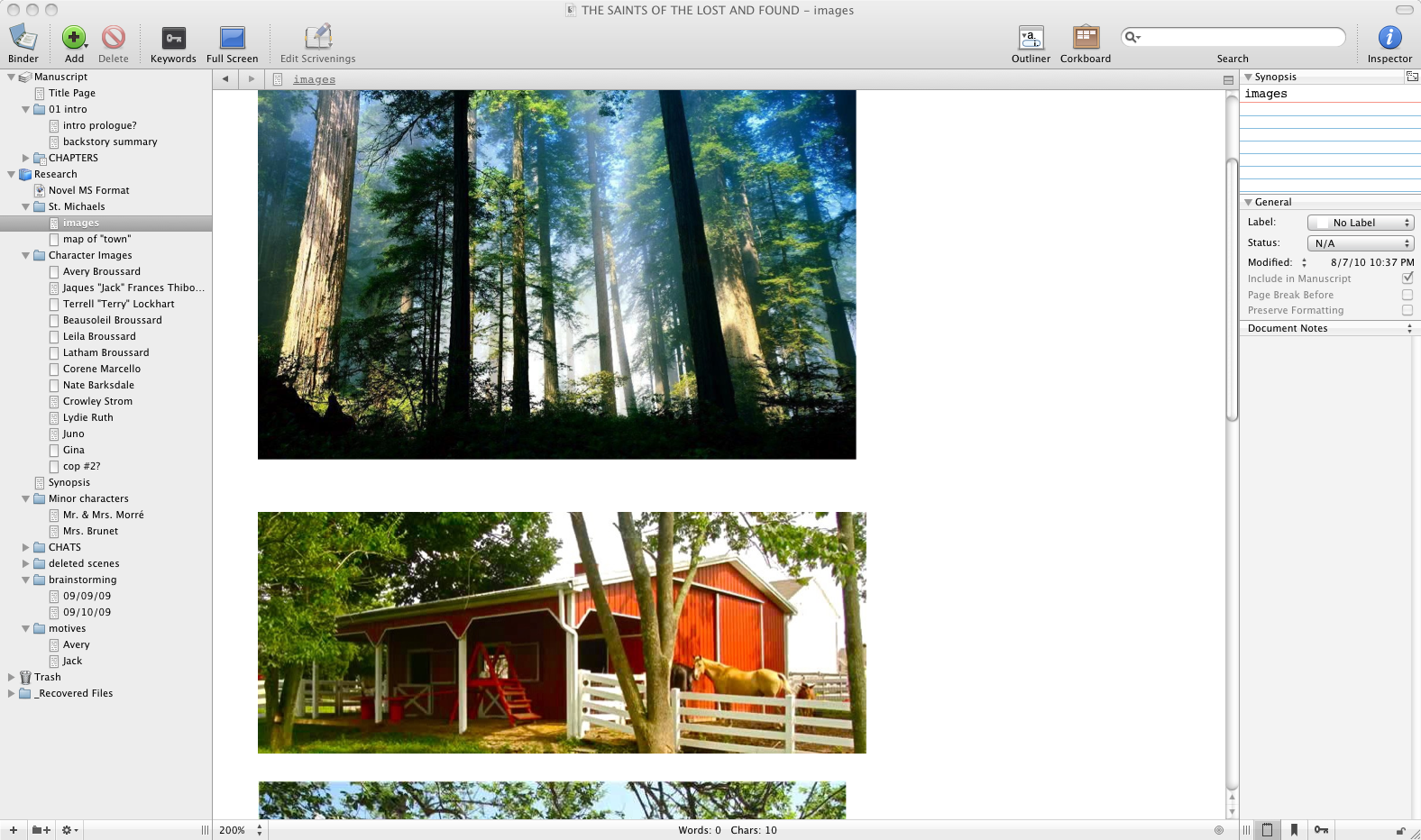 (photos are random, from the internet… not my own)

I like Scrivener for the organizational information-at-my-fingertips convenience. I am actually very lazy about organization–and I’ve paid for that countless times by wasting hours looking for something that I couldn’t remember how I worded (and therefore a simple “find” search wasn’t helpful). Or I’ll forget a character’s last name from the time I mentioned them (which drives me nuts when I can’t find a last name, and then I can’t remember if I actually used it or changed my mind but maybe mentioned them by last-name-only somewhere else). So the organizational ability to just plop a folder under a heading called “characters” on Scrivener, and drop bits of info in there (cut and pasted description, a photo of an actor or anyone I find on the internet who most resembles the character)… and later on, it’s there to remind me of details without me having to search.

Mostly, though, I use the whiteboards. And lots and lot and lots of Post-It notes.

I hate writing a linear outline. I don’t “see” the story like that. I see it playing out horizontally, like a movie. And that might seem like splitting hairs, but I was finally able to structure a story solidly once I allowed myself to write it out horizontally and “hang” the bigger turning points along a timeline, rather than try to write down the page, vertically, in a paragraph-by-paragraph explication.

[So far, I have never had to go back and make any big structural changes–once I get this structure up on the board. When I start blind, without the structure, I end up re-doing the first act too many times to count.]

When I start a project, both of those boards are empty. My husband, Carl, made those for me. [We ordered the magnetic whiteboards online where I found them at a pretty significant savings over Office Depot–especially for these sizes. Carl then framed them and hung them for me.][Yes, he is my hero.] The first thing I’ll do on the board that you see on the second photo is draw that timeline across the time–Act One, Act Two, Act Three lines in place, then turning point lines, climax, resolution. And I start plugging in the major emotional moments / major plot issues.

Weirdly, I will not write down every scene I “see” in this pass. I don’t need to–if I have a major turning point, I’ll know what I’ll need to do to build up to that turning point. Those things will fluctuate and change, though, so I’m not fond of nailing them down too severely.

The Post-It notes start showing up at some point around the mid-book process. I’ll start seeing too many things at once and I don’t want to forget the smaller details. I’ll have a note up there about motive, or a twist, just to remember to layer in those clues as I go so that when I get to that scene, it’s ready. As I write, I’ll realize I’ll need to go back and layer something in earlier, or give it more depth because it’s turned out to be more important or useful than the initial throwaway comment indicated back when I wrote it. (I often find I planted things I had no idea I’d planted… I’ll think, ‘Oh, I need to go back and do X’ only to go back and lo, there it was, already there.’ That, my friends, is freaky.)

By the end of the book, I’ll have dozens of Post-Its up there, of things I still need to go back and check. I’ll discard the ones I know I already finished, so it’s not confusing.

[During the edits and then later, the copyedits, I will do more Post-Its. I think the company owes me a thank you for keeping their revenue up.]

You see that notebook on my desk? That’s the second one for this book. It’s a five-subject college ruled thing, nothing fancy, and I’ll brainstorm in there. I will work out motives, or the characters’ traits, backstory, habits, etc., and I almost never go back and refer to anything there because once I write it, I know it. It’s very stream-of-consciousness and hard to follow, but I will often start babbling in there if I have a knotty story problem and usually, the physical process of writing it down helps me brainstorm it out. I don’t know why. I can’t actually write the story in longhand–I freeze up. I’ve been typing too long, having started writing back in the early eighties on an IBM selectric typewriter.

My office used to be in a front room of the house–a room not-quite-double this sized room, and with floor-to-ceiling bookshelves. I never got anything done. Part of it was the fact that I was too accessible to everyone (kids, employees, husband), and part of it was that the wall space was too visually busy. I don’t have much on the walls in this room, and I like that it’s in the back of the house, where almost no one but my husband will go. I can write in public places when I have to, but it’s difficult because I am naturally nosy and want to eavesdrop on everyone, and then I end up in conversations. Which are great, but then I get nothing done.

[I am just one of those people that complete strangers will tell absolutely everything to. If I’m in a restaurant, people will want to tell me stuff they’ve never told anyone else. Little kids love me. They will be terrified of everyone else in that place, and if I sit down, they are going to try to come over and crawl in my lap. I have had new moms hand me their infant and say, “Can you hold her a sec? I just have to run to the restroom.” or in the grocery story, “Oh, here, I’ll be right back, I have to grab some cereal.” And then I’m standing there, with this kid I’ve never laid eyes on, who, for some reason, thinks this is perfectly okay. At least they don’t cry.]

I have worked in a very tiny office space made out of a closet. A back porch that we turned into an office. A converted dining room. My “desks” have included everything from a piece of plywood or a lap pillow to an old table to a hand-me-down desk, to, finally, a new desk. I’ve worked with just a typewriter all the way up to my Mac and a big honking monitor. (Yes, I know it’s huge. That wasn’t on purpose. That is just one of those, “Well, fine, if you insist,” moments when they did not have mine fixed, couldn’t fix it, and had to replace it with something bigger. I should get an Oscar for the straight face I had when they asked me if I would mind the bigger monitor.)

I’ve also written while lying in the backseat of a truck, just after having had surgery, while my husband drove us to Colorado–pen and paper and only occasionally, the laptop that was on its last leg.

So I’m curious about your workspace, no matter what you do. What’s on your desk? If you don’t work at a desk, tell me something about what you do and see when you arrive at work? What’s your ideal working environment (whatever you do!). What is the one thing that will derail your efficiency? (Mine is the dog barking next door. There is one of seven which sounds like you are stabbing her, and stabbing her some more and oh, wait, stabbity stabbity stab, and I swear, I think she’s dying and it upsets me. But that’s just how she barks.) (Not too coincidentally, I have begun to write to music all of the time, now.)

Tell me about your workspace!

39 thoughts on “A writer’s workspace (mid-book)”