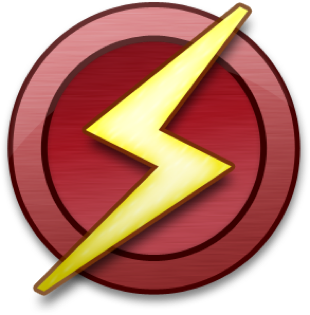 Like Pari, I don't believe in writer's block, at least in the sense most people think of it. I've never sat down at the computer and been unable to write ANYTHING.

I have, however, had long spells where everything I wrote was so god-awful to my eyes that it physically hurt to look at or even think about. I've had days and sometimes weeks where I was convinced that that was it, I was done, the well's gone dry, been nice to know you all, I'm going to just drop out of sight and turn into another one of those "hey whatever happened to…." stories. And that, I am ashamed to say, has occasionally kept me away from writing. And judging by Louise's most excellent post yesterday, I'm not alone.
But over the years, I've stumbled across  a few tricks that help me get past that feeling a little quicker. I've learned some ways to give myself a little jolt to get the motor running again. A couple of them may seem a mite strange, but they've worked for me, and they might do the same for you. Because here at Murderati, we're all about the sharing.
1. Get away from the computer to write. I've mentioned here before that I had started writing my current WIP in longhand, in my trusty Moleskine notebook. This had the effect of knocking me out of the habit of going back and rewriting a sentence or paragraph, then  rewriting and rewriting again, to the point where I never moved forward at all. In longhand, as the poet wrote, "the moving finger writes, and having writ, moves on." I considered writing the whole thing in longhand, which seems to work well for Our Tess, but after a while, I drifted back to the keyboard. But I did so with a better outlook on the words, and I'm flying now. Oh, I'll undoubtedly end up revising a lot more than I've been used to, but that's the nature of the beast.
2. Change the way your computer is set up. This was the one that really surprised me. I'd been having some issues with my laptop getting really hot, which started causing slowdowns and errors later in the day. Plus, I was worried about damaging my precious tool (I mean the computer, of course). I started pricing laptop stands and coolers, until I stumbled across a site via Lifehacker that showed various homemade laptop stands that people made from stuff around the house. Now, two of my favorite words are "cheap" and "free", so I started experimenting, first with an old giant three ring binder that I drilled  holes in for ventilation. My second attempt involved a piece of old wire closet shelving and an empty Pringle's can to raise it up to the right height. It all looks pretty cheesy, I have to say, but here's the thing: the change in the angle of the keyboard and screen made me look at the words differently. The screen's now up in front of my eyes, so I don't have to look down, and my hands and wrists are at a different, more comfortable angle  when I type.  It was like getting a new computer. And because it seems new, the physical act of typing seems a lot less onerous. A little thing, but suddenly I was writing a couple thousand words at a clip before I even thought to check how many I'd done.
JT also mentioned changing the font for purposes of proofreading the other day. Next time I start to get stuck, I think I'll try that and see if it gives me that little jolt.
Oh, and on the subject of laptop stands, check this out.
3. Take a shower. I've often joked that if they made a laptop you could use in the shower, I'd never get out. I'd probably have to buy a hot water heater the size of a Zeppelin, but it'd be worth it.  Because for some reason, hot water seems to jump-start my brain, whatever time of day. I've resolved story issues, created new characters, and recognized plot holes that needed to be plugged, all to the sound of running water.
4. Read something that doesn't have anything to do with mystery or writing. I have a list of sites on my Google homepage under the category of "Geek Stuff" that I go to for a little diversion from my normal thought tracks. They include the above-mentioned Lifehacker, Cocktail Party Physics, Geekologie, BoingBoing, and one of my faves, a site about art and architecture called BLDGBLOG. Be careful, though; it's easy to let the search for that little jolt turn into a wasted afternoon idly surfing. Maybe set a timer for a half-hour after which you get back to your work in progress.
How about the rest of you? What little tricks to you have to give yourself a little jolt?
(And Happy April Fool's Day, everybody!)

14 thoughts on “A Little Jolt”