Boy do I have a blog post (multiple actually) for you! The unfortunately thing is I probably need to wait until 2012 or later before I actually post them. Curious? Wish I could write them now, but sometimes you just gotta wait.

The problem is, the subject of these potential posts have been occupying much of my mind this summer, and, even more so, the past couple of weeks. So coming up with a topic for today has been difficult to say the least.

So this is going to be a bit of a scatter shot of things, hope you don’t mind.

1. I’ve never been to COMIC CON in San Diego (hope to one day), but a few weeks ago I did get to go to the Anime Expo in downtown Los Angeles with my daughters. To those unfamiliar with Anime, it is basically the Japanese form of film and television animation, and Manga (also part of the expo) is the Japanese form of comic books. Think Speed Racer and Pokemon, though there are TONS of other, darker examples. Like what I’ve heard about COMIC CON, many of the attendees at Anime Expo dressed up in their favorite character outfits. There were ninjas and school girls, and pokemon characters, and characters from Shugo Chara just to name a few. It was…fascinating. My youngest daughter is totally into anime (she dressed up in a school girl outfit.) She’s so into it, in fact, that she wants to go to Japan and work as an anime artist when she grows up. So to say she was in her element would be an understatement. My other daughter came along because otherwise she’d have to spend a boring day at home. Anime and Manga are decidedly NOT her element. It was humorous watching her reactions to all the costumed people. Did I say humorous? I meant hilarious. Anyway, tons of fun. 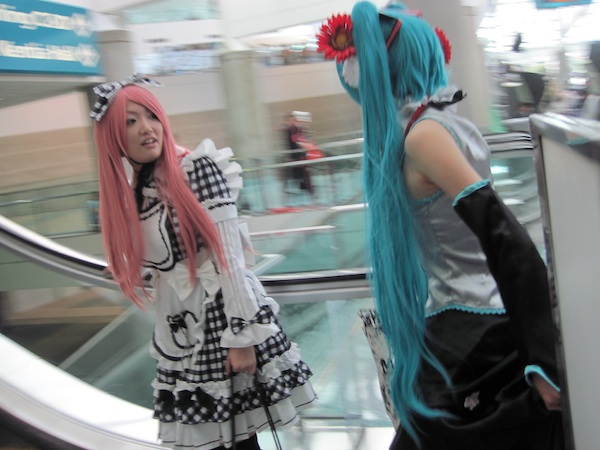 2. Having your transmission go kaput on the freeway 20 miles from home is not fun. Finding out how much it will cost to replace it, even less fun.

3. Walking around Las Vegas people watching (with very little money in your pocket…see item #2) is at times even more entertaining that attending the Anime Expo.

4. If you’re ever in L.A. in the summer, you MUST make time to spend an evening at the Hollywood Bowl. Even the cheap seats are fine. Bring your wine and something to eat, and you’ll be in heaven. 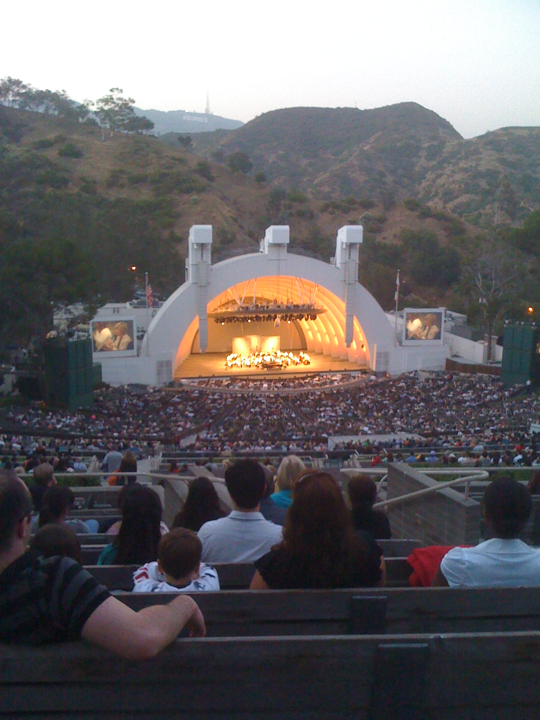 5. I’m now at the beginning again. Time to start writing a new book. For me, this is often the hardest part. I have that opening which I wrote months ago, and now I have to get back into that frame of mind. At the moment, I’m looking for the rhythm. In fact, I had planned on writing all day, but when I woke up this morning, I was still not feeling it completely. I’ve written enough books now to know that it’s ok if I give in to that feeling. What I need is more stimulus…maybe catch a movie (did you all see INCEPTION? Awesome), or read a book (current read THE GODFATHER OF KATHMANDU by John Burdett, so far excellent), or watch TV (reruns Perry Mason play on a local channel here at noon everyday, I’ve grown a whole new appreciation for the series) or…who knows?

So what’s going on with you this summer?