There’s a tiny town that juts out into Wallis Lake, near Forster in New South Wales, Australia. My friends Dottie and Derrick moved there about five years ago after too many years in Sydney.

Derrick is an ex-British Navy man, with a squint to his eyes from all those years looking over the water. He catches his own crabs and insists upon cooking them in lake water because that is the salinity they knew. Dottie is a loud, lovely and generous woman, quick to make friends and to give you the clothes she’s wearing if you dare compliment her on them. They live in the very last house on the main road through town before you get to the beach, and are as at home there as if it were their birthplace.

This truly is a tiny town; only 300 residents and some of those are guests from the Big Smoke who come up to rent a holiday house for the summer. There’s a pizza restaurant and a small convenience store, but not much more. Not even a pub, and that’s practically a crime in Australia.

The first man showed up about 4:30 in the afternoon, a small ice chest under one arm and a folding chair cradled under the other. He nodded at me on the balcony and proceeded to the beach.

“Pub’s open,” Dottie said. We took our own wine and glasses and folding chairs and headed across to the beach.

I expected to see little enclaves of drinkers – four men at a picnic table playing cards, or two housewives catching up with a drink before making dinner – but no. Instead of the little chats I had expected, they had set up one big circle with their chairs. And as we approached, the circle got bigger. Jokes were shouted across to the other side, introductions were pantomimed to a person sitting six chairs away, quiet, grayer conversations were held between two people sitting together.

As each new arrival showed up, the circle loosened a bit more and stretched to include them.

The drinks were not shared, but stories were. Stories of how the day had gone, who had been taken ill, whose mother would be visiting next week, who had caught a mud crab in their trap.

It didn’t matter who I was, they welcomed me.

And it felt like becoming part of the mystery writing community all over again.

Crime fiction writers from all over the globe shifted their chairs and opened the circle to let me in six years ago. It didn’t matter who I was, I was part of the tribe now – part of The Pub at Wallis Lake – and I was made welcome. We could have a drink together and talk about how the day had gone, who was having trouble with a plot, whose editor would be visiting next week, who had sold their book series to a cable channel.

Jokes could be shouted across barrooms, we could read each other’s body language during a panel discussion, and quiet, grayer conversation could be held between two friends who were going through the same trials.

I was gently cradled by the fine folks at Wallis Lake last month. But I have been nurtured by this crime fiction community for a much longer time than that.

And I just wanted to say thank you.

P.S. In a nod to JT, here are a couple of my favorite Australian wines: Bird in the Hand and Two in the Bush. God, I’m such a sucker for puns and cleverness. 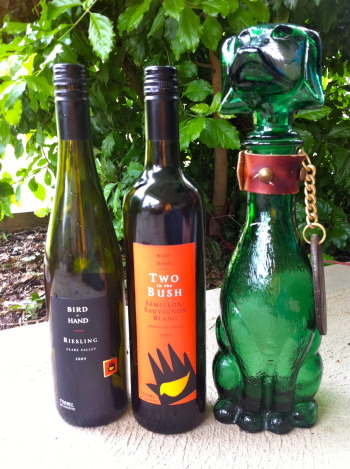 22 thoughts on “A Circle of Friends”

In case you’re not watching #PokerFace …

@StephenKing My wife was born in Massachusetts, and she was saying the same thing. Just roll with it, though.