Where do you keep your memories? How do you anchor them to the framework of your life?

Those questions have been very much on my mind this last week. I’ve been away in Somerset, helping an old friend pack up his house in preparation to moving into a single-storey home. He’s now in his late seventies, no longer entirely steady on his feet, and with a tremor in his hands that makes labelling boxes a tiresome task, never mind actually putting stuff into them.

Andrew is a retired pilot. He’s flown just about everything—either fixed or rotary wing—in all conditions, all over the world. The stories he tells of hairy landings in Africa at night, or airborne rescues in South America, would fill several books. I’ve been trying to persuade him to set some of it down for years.

When I needed authentic information about crashing a helicopter for the new Charlie Fox book, DIE EASY, who else would I turn to but Andrew? After all, he’s actually crashed them and lived to tell the tale. So, as a thank you I made him into the laidback ex-military pilot in the book.

A secondary reason for my visit was to coincide with the Air Day at the Royal Naval Air Station at Yeovilton. This year’s event had some fabulous flying displays, from the Red Arrows to a massive Russian Antonov heavy transport plane, aerobatics aircraft, and classics like the Swordfish, the Meteor, and the Spitfire. There were also numerous helicopters flying manoeuvres that I really didn’t think it was possible—never mind advisable—to perform in rotary-wing machines. And being able to get up close and personal to a wide variety of different aircraft is invaluable research, of course. 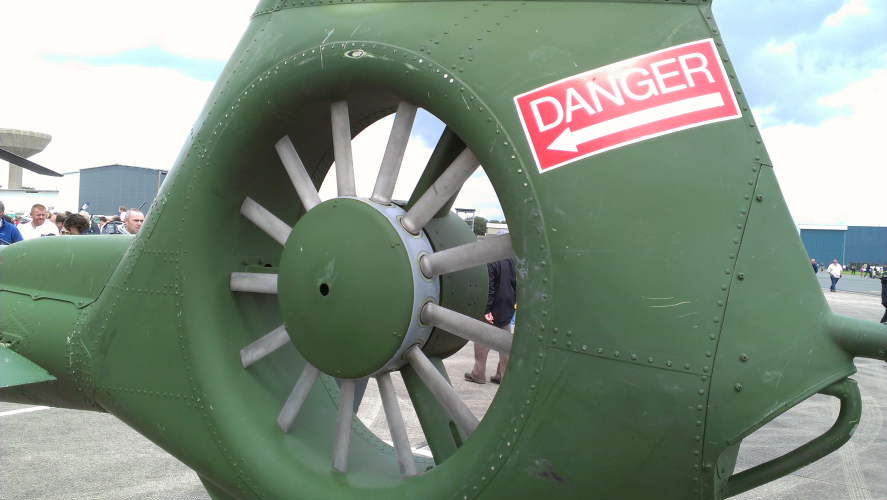 All in all, a very memorable day.

But five years down the line—or ten years—how will I remember it? I don’t mean my impressions, which were of stunning skill and a boundless enthusiasm, of power and speed and a kind of lethal excitement.

I mean where will I place it against events of my life that came before and after? Unless something dramatic happens in a certain year—and unfortunately dramatic often also equals traumatic—the order of things very quickly begins to blur.

I don’t know if everyone does this, but I have always had a mental image of the days of the week. They are laid out like a letter ‘D’, with the weekend stacked at the left-hand side and the rest bowing out at the right. Whenever I have appointments or it’s my blog day, or whatever, this is the mental image I pin those facts to.

With years, it’s different. I have never pictured a year like the calendars you get in the front of a diary, with each month laid out in a box of days and dates. To me, each year snakes backwards in single file, a day at a time, tilting as it goes like one of those optical illusion paintings, so that it’s always downhill towards winter. I’ve just booked my flights for this year’s Bouchercon mystery convention in Cleveland OH in October. In my mind, October is over the crest of the light summer months and heading downhill into the darker end of the year.

But when they asked me the security questions of where I flew to in the States last March, I struggled to remember my exact itinerary. And the only reason I would have a note of it is because I usually create a document for each trip with a list of addresses and confirmation numbers, and probably I have yet to delete that from my computer.

Am I missing out on something?

After all, I have no children who might be interested in what I did with my life, so I do not feel the need to preserve a little personal history for future generations. And having been a photographer for years I now take very few pictures that are not work-related, although since I got my new cellphone with a decent camera on it, I confess to being a little more snap-happy.

And yet I am fascinated by other people’s history. Leafing through Andrew’s albums of family photos going back before the First World War, I am enthralled by the clothing, the stern faces, the little glimpses into character that people unknowingly show when faced with a camera.

One of the boxes I labelled for him was simply called ‘Dates and Memories’. Into it went all kinds of tickets, letters and cards. The anchor points of his life.

I am also faced with the prospect of moving house at some point, and it would have been my instinct to use it as an excuse to de-clutter. When the time comes I may well still do just that. But this experience has certainly made me pause and reflect. Do I really want to get rid of all those little aide-mémoire items. The ones that give structure to the good times, and put the bad times into perspective?

So, ‘Rati, my question is, how do you remember your memories? And where do you keep them? And if you only had space left in your box of memories for one more item, what would it be?

This week’s Word of the Week is anchorite, or anchoret, which means a man or woman who has withdrawn from the world especially for religious reasons; a recluse, from which we get anchorage, a recluse’s cell or a place to withdraw from the world.

21 thoughts on “A Box of Memories”