Long ago, when I was but a wee, ignorant lass, I worked for a boss who was, to put it politely, a complete and total arse.

He was a yeller, something I’d never experienced, and his bite was, sadly, as bad as his bark. He liked to make points, and when he did, inevitably with an audience, I always felt humiliated and embarrassed. As a grown up, I look back now and realize he was a deeply, deeply unhappy person who had zero communications skills (strange, considering the profession).

And he made himself, and everyone around him, miserable.

This has always been a dark time for me to think about. I wanted that job so badly, and when I landed it, I was so proud. It was a coveted, enviable position, and at the time, I was on a pretty big tear, career-wise. My future looked bright.

I realized I was in over my head pretty quickly.

After only a few months, unable to handle the constantly shifting sands, unreasonable hours, slightly shady things going on, and my total inability to do the job to his satisfaction, I left in a blaze of burnt bridge glory (go, me!). He did a great job of making sure I couldn’t find another position, too. Lovely, right?

No, it wasn’t fair. But it was a GREAT lesson.

It wasn’t my first big challenge in a job, but it was the first that I couldn’t find any way to resolve. And I tried. I consulted my mentors. I talked to other people in the field. Randy and I were dating at the time; I spent night after night complaining to him. It was a disastrous, unhappy few months, and I ended up getting out of the industry entirely because of it.

And truthfully: statistics? Dear God in heaven, what was I thinking?

Also, I now completely and totally understand the job, and know it is NOT FOR ME! So technically, by being a jerk, he saved me. Cue irony.

So you can understand the panoply of emotions that bombarded me when I ran into said former boss on a recent flight.

He was ahead of me in line, and, of course, seated in the window to my aisle. He’s somewhat well-known, so I’ve seen him from time to time on television, but it had been twenty-some odd years since I saw him in person. As I eavesdropped on his last minute phone call, I realized he was still up to his old tricks.

I couldn’t help myself. I waited for the call to finish, and as I was stashing my carryon in the overhead, I greeted him, by full name. The conversation went a bit like this:

Him, somewhat taken aback: “Where was my office?”

Me, panicking slightly because I don’t remember the damn street and my defiant greeting is about to fail: “Northwest D.C.”

Him, still confused: “I had a few offices up there.”

Me, quite saucily now, with a wide grin: “Save my seat, I’m going to the loo.”

I trotted off and when I got back, he was feigning sleep. He stayed that way through the whole flight (missing the drink service, which I’m sure, knowing what he’d just been dealing with, he needed), the landing, and disembarking.

And I was on top of the world. Which pretty much makes me as big of a jerk as he was.

I didn’t tell him what I do now. I didn’t tell him anything. I didn’t have to, I know what I’ve accomplished since I left his employ. He treated me horribly, blackballed me so I couldn’t get another job in the field, and his petty nonsense used to have me in tears daily. Leaving was the smartest thing I could have done. Clearly, I managed to rise above that position. I succeeded in following my dreams. I succeeded despite him.

But over the years, I’ve sometimes wondered if I succeeded to spite him.

That brief moment on the plane, being able to remind him of a moment in time when he was a jerk to a kid starting out felt like absolutely fucking vindication, twenty years in the making.

And then, of course, I felt obnoxious for even having that thought. It is NOT how I approach my life. Ever. I am a big believer in everything happens for a reason. I value negative experiences because they teach me how I don’t want to live my life. It’s too short to be caught up in stupid stuff that happened in the past.

I’m weird. I admit this freely.

And thank you for hanging in, because all of this is an elaborate prelude to my real point. I tell you the story so you can understand where I’m coming from.

I think everyone has had that jerk of a boss, that person who treated you unfairly. For many people, it is the impetus to leave an unhappy situation, and for some, to strike out into an artistic field. It didn’t work that way for me, not immediately. It took marriage, a few more jobs, a new city, and a sick cat for me to finally allow myself to become a writer, though I’d known all along that’s the dream I wanted to follow.

Writing, for me, was like falling into cool water on a hot, steamy day. It saved me, in more ways than one. It gave me the identity I’d long been searching for. It gave me hope. I found new friends, new freedoms, and basically started my life over again. I was 37 when my first book came out. Happily, I got to find my bliss earlier than some.

There’s a buzzphrase on everyone’s lips, a concept that’s being passed around, called Imposter Syndrome.

And I want to call bullshit on it.

This is not going to be a popular concept. I know a lot of people are fully convinced that their strange feeling of dislocation when it comes to having success in a creative field is due to this label. I’m willing to bet most creatives have these thoughts in their head (like I do):

I’m so lucky. I’m doing something fun, creative, exciting, getting to work in my pajamas and make my own hours and make money at it. People read my books and blog and say nice things and ask me to do more, and hurry up already . . . but someone’s going to figure out I’m a total fraud, and then I’ll be exposed, homeless, left to eat out of trashcans and wander aimlessly, talking to the squirrels.

This, according to the definition, is rather classic Imposter Syndrome.

So here’s where I call BS.

We ALL feel that way.

Everyone feels that way. You are not alone, special, or any sort of martyr because you feel like a fraud at what you do, and that you don’t deserve your success.

Impostor syndrome (also spelled imposter syndrome, also known as impostor phenomenon or fraud syndrome) is a term coined in 1978 by clinical psychologists Dr. Pauline R. Clance and Suzanne A. Imes referring to high-achieving individuals marked by an inability to internalize their accomplishments and a persistent fear of being exposed as “fraud”. Despite external evidence of their competence, those exhibiting the syndrome remain convinced that they are frauds and do not deserve the success they have achieved. Proof of success is dismissed as luck, timing, or as a result of deceiving others into thinking they are more intelligent and competent than they believe themselves to be. Some studies suggest that impostor syndrome is particularly common among high-achieving women, while others indicate that men and women are equally affected.

So basically, a bunch of women’s brains got together without proper invitations and RSVPs and decided, “Hey, you super suave, spectacularly smart chick — we’re going to pull the rug out from under you and make you feel like you’re not worth anything because there’s a SYNDROME that explains why you feel a sense of dislocation at being rewarded for following your heart, your dreams and succeeding at what you love.”

We are such masochists.

Please don’t fall into this trap.

The whole idea of Imposter Syndrome is flawed, and it sucks. No one thinks they’re excellent at their jobs except brain surgeons and heart surgeons, who can’t afford to be anything but cocky and arrogant because they are playing with the very organs that makes you human. Okay, maybe fighter pilots. But the rest of us are left out here trying to feel like we’ve done the best we can, and no one can live up to their own expectations of themselves.

No one is perfect. No one is always awesome. Everyone has doubts. Everyone feels like they don’t deserve the accolades, the compliments, the money. Everyone gets a 1-star review. IT DOES NOT MAKE YOU AN IMPOSTER.

Humility is great up to a point. The idea of humility so blown out of proportion that we’ve convinced ourselves we are frauds who don’t deserve the respect we have earned by working our asses off is unhealthy, to say the least.

I know our brains are weird places. Dear God, I of all people know this. (Hellooo OCD, anxiety, fear of public speaking, etcetera.)

But please, I beg you, please stop this Imposter Syndrome crap. You are gorgeous. You are smart. You work so hard for what you have. You are an artist, a mother, a wife, a sister. A husband, a brother, a creator. You deserve all the good things in this world. Don’t hold yourself back from them because it’s cool to be humble.

There’s a difference between humility and deciding you have a pathological disorder, and using it to hide from your gifts.

I forgive you for being a jack off. Cause look what running into you all these years later did for me. I am NOT an imposter, thank you very much. I am a writer, and I love my job.

And that’s good enough for me. 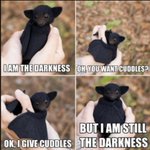 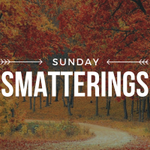